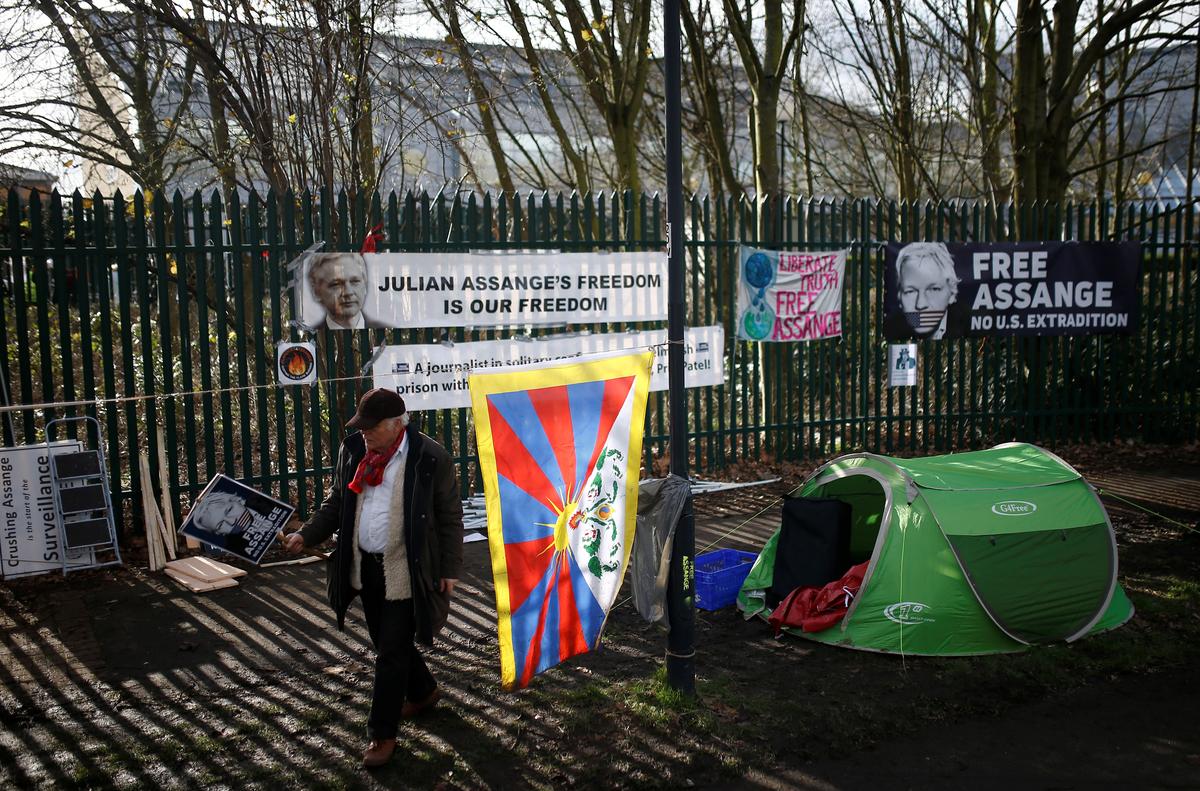 LONDON (Reuters) – Julian Assange tried to contact Hillary Clinton and the White House when he realised that unredacted U.S. diplomatic cables given to WikiLeaks were about to be dumped on the internet, his lawyer told his London extradition hearing on Tuesday.

Assange is being sought by the United States on 18 counts of hacking U.S. government computers and an espionage offence, having allegedly conspired with Chelsea Manning, then a U.S. soldier known as Bradley Manning, to leak hundreds of thousands of secret documents by WikiLeaks almost a decade ago.

On Monday, the lawyer representing the United States told the hearing that Assange, 48, was wanted for crimes that had endangered people in Iraq, Iran and Afghanistan who had helped the West, some of whom later disappeared.

Outlining part of his defence, Assange’s lawyer Mark Summers said allegations that he had helped Manning to break a government password, had encouraged the theft of secret data and knowingly put lives in danger were “lies, lies and more lies”.

He told London’s Woolwich Crown Court that WikiLeaks had received documents from Manning in April 2010. He then made a deal with a number of newspapers, including the New York Times, Britain’s Guardian and Germany’s Der Spiegel, to begin releasing redacted parts of the 250,000 cables in November that year.

A witness from Der Spiegel said the U.S. State Department had been involved in suggesting redactions in conference calls, Summers said.

However, a password that allowed access to the full unredacted material was published in a book by Guardian reporters about WikiLeaks in February 2011. In August, another German newspaper reported it had discovered the password and it had access to the archive.

A spokesman for The Guardian said the authors were told the password was temporary and the book contained no details about the whereabouts of the files.

Summers said Assange attempted to warn the U.S. government, calling the White House and attempting to speak to then- Secretary of State Clinton, saying “unless we do something, people’s lives are put at risk”.

Summers said the State Department had responded by suggesting that Assange call back “in a couple of hours”.

FILE PHOTO: A Tibetan flag hangs at a protest camp set up by supporters of WikiLeaks founder Julian Assange, outside Woolwich Crown Court, ahead of a hearing to decide whether Assange should be extradited to the United States, in London, Britain February 25, 2020. REUTERS/Henry Nicholls

The United States asked Britain to extradite Assange last year after he was pulled from the Ecuador embassy in London, where he had spent seven years holed up avoiding extradition to Sweden over sex crime allegations which have since been dropped.

Assange has served a prison sentence in Britain for skipping bail and remains jailed pending the U.S. extradition request

Supporters hail Assange as an anti-establishment hero who revealed governments’ abuses of power, and argue the action against him is a dangerous infringement of journalists’ rights. Critics cast him as a dangerous enemy of the state who has undermined Western security.