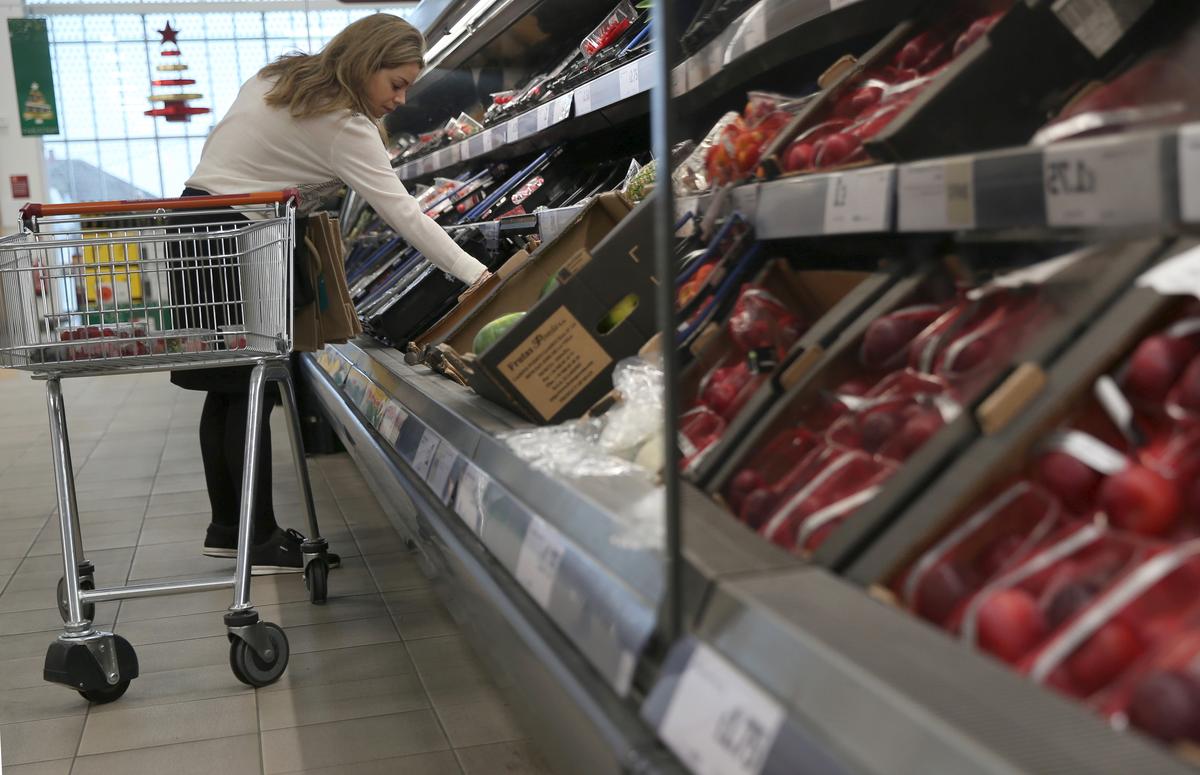 LONDON (Reuters) – British consumers have not yet stockpiled groceries ahead of Brexit though they are considering doing so, market researcher Kantar said on Tuesday.

It said a quarter of UK shoppers say they are thinking about stockpiling, but they seem to be waiting to see how the coming weeks play out.

“We expect if they take any action it will be closer to the deadline if a chaotic trading situation looks increasingly likely,” Kantar said.

With just 16 days before Britain is due to leave the European Union, it is still unclear on what terms that will happen, or indeed if it will become the first sovereign state to exit the bloc.

Kantar said well-documented concerns about the availability of popular groceries in the event of a no-deal Brexit had not yet translated into a consistent increase in purchasing.

Sales of dry pasta and healthcare products over the four weeks to Oct. 6 were, respectively, 9% and 7% higher than the same time last year, but those of canned products fell by 2% and frozen food by 1%.

It said Sainsbury’s (SBRY.L) was the only one of Britain’s big four grocers to achieve growth, with sales rising 0.6%, its fastest rate of growth for a year.

All the big four continued to lose market share to German-owned discounters Aldi [ALDIEI.UL] and Lidl, who are aggressively opening new stores, and whose sales rose 7.3% and 8.2% respectively for a combined market share of 14.1%.

Kantar said grocery inflation was 0.8% over the 12 weeks.