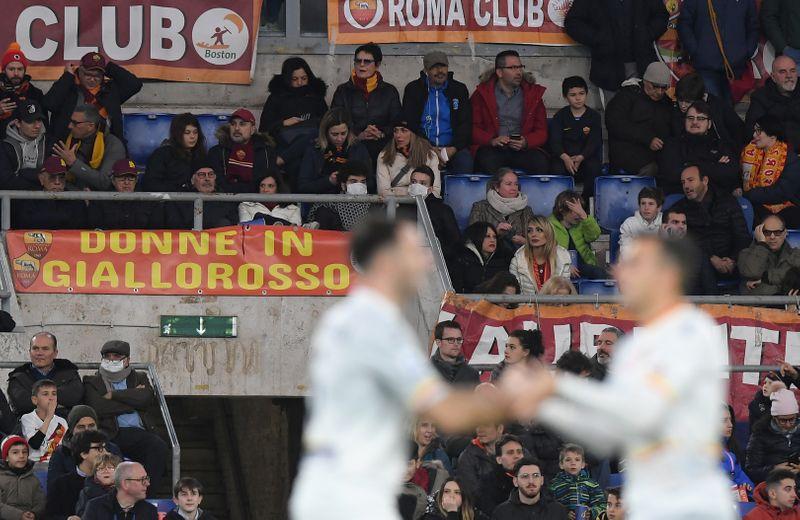 ROME (Reuters) – It is not yet clear whether Euro 2020 will be affected by the coronavirus outbreak which has struck Italy, one of the 12 host countries, a vice-president of European soccer body UEFA said on Tuesday.

The number of cases in Italy – the country in Europe worst affected by the outbreak that first emerged in China – rose to more than 260 overnight from 229 on Monday, with the northern regions of Lombardy and Veneto being the most affected. The number of deaths was unchanged at seven.

Numerous sporting events including Serie A matches have been called off in Italy, and at least six of next weekend’s 10 scheduled Serie A matches will be played behind closed doors.

Rome, which has not been affected so far, is due to hold three group stage matches and one quarter-final at the Euro 2020 tournament in June and July.

“We are at the waiting stage. We are monitoring country by country, and football must follow the orders of the individual countries,” Italian Michele Uva, a member of the UEFA executive committee, told state broadcaster Rai.

“The sporting path will only be closed if the situation gets worse.”

Napoli host Barcelona in a Champions League round of 16 match on Tuesday. There has been no suggestion of postponing the match or playing behind closed doors as Naples is outside the affected region.

Inter Milan’s Europa League match at home to Ludogorets Razgrad on Thursday will be behind closed doors, and the club confirmed on Tuesday that all fans who had bought tickets would get their money back.

Rome will host a Six Nations match between Italy and England on March 14. The Times reported on Tuesday that tournament organizers were already concerned about the fixture as well as about Italy’s visit to Ireland the week before.

The Italian Fencing Federation said it has canceled a World Cup event due to be held in Padova from March 6 to 8.