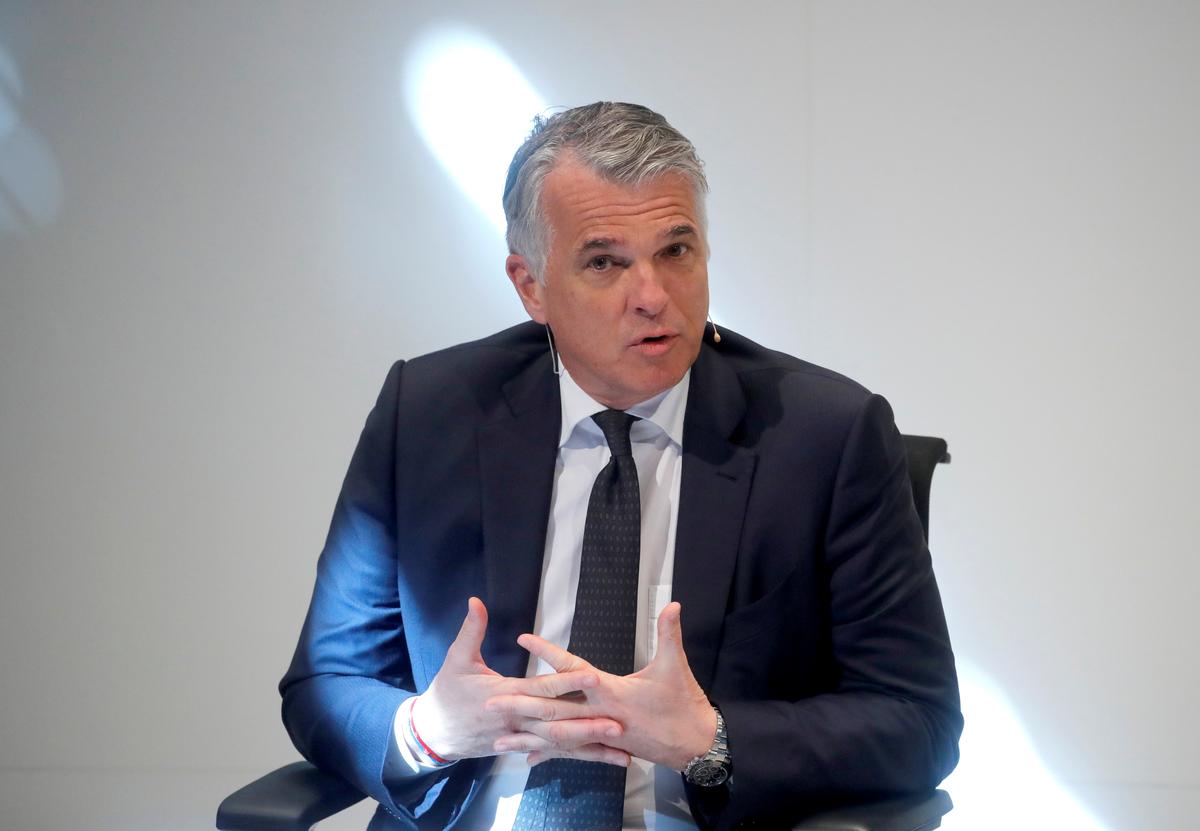 ZURICH (Reuters) – UBS (UBSG.S) Chief Executive Sergio Ermotti cashed in less money in 2019 as the bank made pay concessions related to a French tax case and missed earnings goals during his last full year as CEO.

Ermotti, who is due to be replaced by ING (INGA.AS) head Ralph Hamers in November, was awarded a total 12.5 million Swiss francs ($12.8 million) in salary and bonus for 2019, down from 14.1 million francs the year before, the Swiss bank’s annual report showed on Friday.

Performance awards for Ermotti and other executives were down 14% per head. New wealth management co-head Iqbal Khan got 8.2 million francs.

“In addition to underlying performance, the board of directors also considered other factors, including the impact of the French cross-border matter on the firm and the resulting share price development” in determining Ermotti’s pay, the bank said.

UBS came under fire over a conviction in France for helping wealthy clients evade taxes, with shareholders refusing to endorse the performance of the bank’s leadership and proxy advisers criticising management pay.

UBS denies wrongdoing and is appealing against the ruling that it pay 4.5 billion euros in penalties. A retrial at an appellate court is set for June.

UBS on Friday said 1.5 million francs of Ermotti’s 2019 bonus was “entirely at risk and subject to forfeiture” based on the final cost associated with resolving the French case.

It also said to achieve maximum payout of bonuses at senior levels, the group would need to achieve a three-year average return on CET1 capital of 18% and for total shareholder return to outperform a peer index by 25 percentage points over a three-year period.