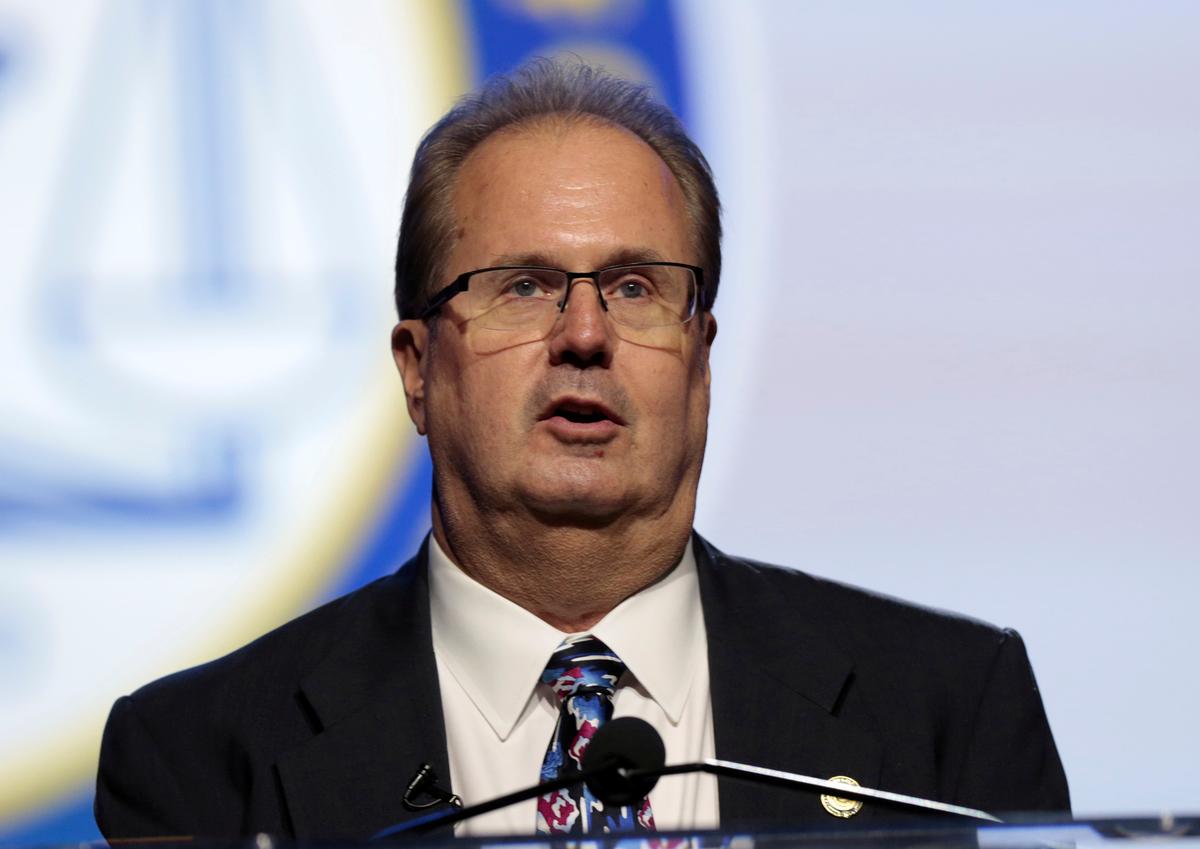 DETROIT (Reuters) – The president of the United Auto Workers union, who has been linked here to an ongoing corruption probe by U.S. federal officials, has taken a leave of absence, the union said on Saturday in a statement.

Gary Jones’ leave of absence, which follows a vote by the executive board, will be effective beginning Sunday, the UAW said. He will be replaced on an acting basis by Rory Gamble, who recently led the team here that negotiated a new labor deal with Ford Motor Co(F.N), the union said.

“The UAW is fighting tooth and nail to ensure our members have a brighter future. I do not want anything to distract from the mission. I want to do what’s best for the members of this great union,” Jones said in the statement, which did not give a reason for his decision.

UAW spokesman Brian Rothenberg declined to comment on the matter. An attorney for Jones, who has not been charged with any wrongdoing, could not immediately be reached for comment.

The FBI has been conducting a wide-ranging investigation into illegal payoffs to UAW officials by Fiat Chrysler Automobiles (FCHA.MI), and the union had hoped to put the federal probe behind it by electing Jones, a former regional director for the union, as president in 2018.

Jones will be paid while on leave, according to a person familiar with the process who asked not to be identified.

He had been chosen as president as he seemed removed from the scandal, sources have said, but in late August, the FBI conducted searches here at Jones’ suburban Detroit home and other locations.

A source previously said Jones was “UAW Official A” identified in criminal complaints filed against other UAW leaders. The complaints said that officials took part in alleged schemes to embezzle funds from the union.

The U.S. Attorney’s Office in Detroit has declined to identify the unnamed union leaders in the criminal complaints it has filed.

The widening probe raises questions about whether the U.S. government might seek to take over the UAW.

In 1988, the U.S. Justice Department sued to force out senior leaders at the International Brotherhood of Teamsters union and appoint a trustee because of the union’s connection to organized crime. The government oversaw the union from March 1989 until 2015, when it agreed to a five-year transition period that will end in February 2020.

On Friday, the UAW’s senior leaders at Ford’s U.S. plants recommended approval of a tentative four-year labor agreement with the U.S. automaker, sending the deal to the 52,000 UAW members at Ford for final approval. The union previously ratified a similar deal with General Motors Co (GM.N) and will soon move to negotiate with Fiat Chrysler.

Gamble said in the UAW statement that the contract talks would not be impacted by Jones’ absence.

“Together throughout the last few months, we’ve achieved substantial victories for UAW members and we know that we have more work to do,” he said. “We want better health care coverage, better salaries and respect for our work. That will not change,” he said.

Reporting by Ben Klayman in Detroit and David Shepardson in Washington; Editing by Bernadette Baum