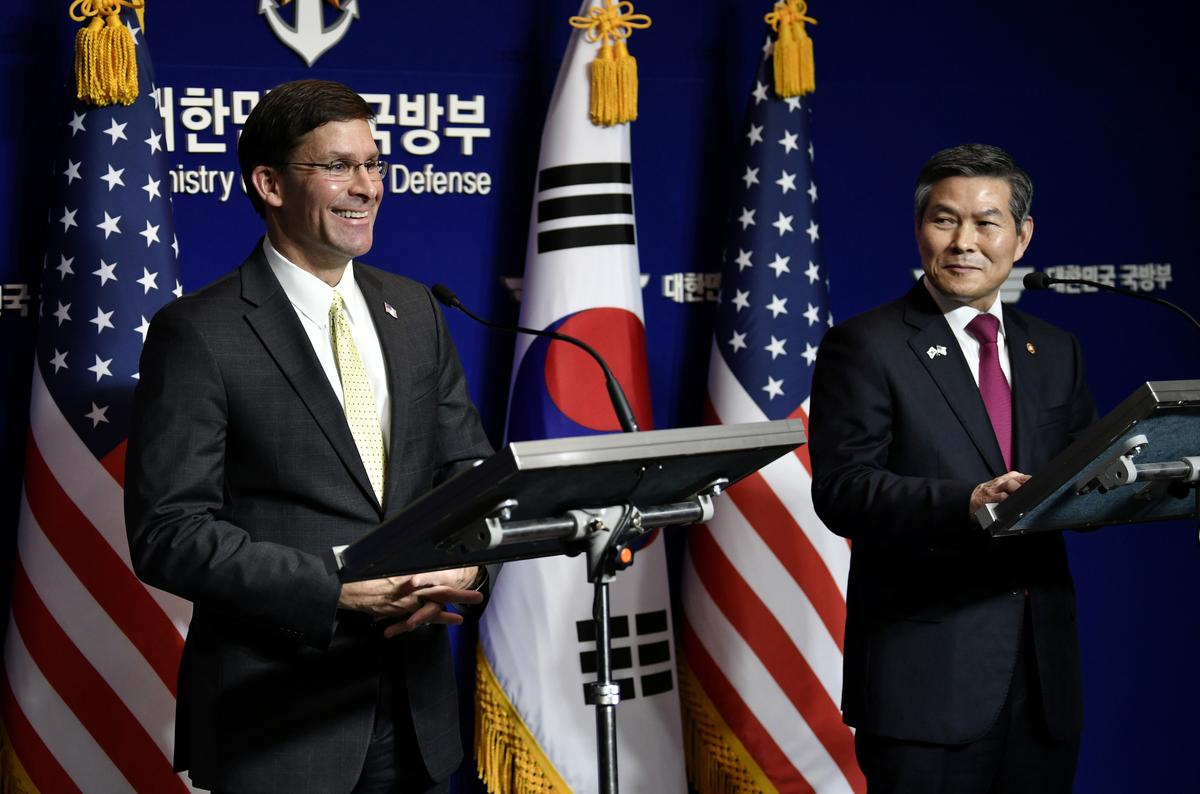 SEOUL (Reuters) – South Korean and U.S. officials resumed talks on Monday to narrow a $4 billion gap in how much they want Seoul to pay for the cost of hosting the American military amid public protests of “highway robbery” against sharply increased U.S. demands.

U.S. President Donald Trump’s demand that Seoul take on a greater share of the cost of stationing 28,500 U.S. troops as deterrence against North Korea has tested South Korea’s confidence in the security alliance with Washington.

Reports of Trump’s $5 billion demand earlier this month were greeted with shock in Seoul and on Monday, progressive groups protested at the negotiation venue against what they said was “highway robbery” by “greedy” Americans.

South Korea’s negotiating team is led by a former top financial regulator with experience in tough bargaining at times of crisis for Asia’s fourth-largest economy, unprecedented in fronting a non-military expert in nearly 30 years of talks for the cost-sharing deals.

James DeHart, the chief U.S. negotiator, said there was a lot of work to do but sounded a note of optimism as he arrived in South Korea on Sunday.

“I’m very confident that we will reach an agreement that is mutually acceptable, that both sides can support, and that will ultimately strengthen our great alliance,” he told reporters.

Monday’s meeting marked the third round of talks for him and the second for South Korea’s Jeong Eun-bo, who was named to the job after the first round in September. He was previously vice chairman of the Financial Services Commission and a deputy finance minister.

“His metier is budget, payment. I think the (South Korean) government decided that was the expertise needed this time,” said a person who had worked with Jeong, declining to be identified because of the sensitivity of the ongoing talks.

A South Korean lawmaker said earlier this month that U.S. officials had demanded up to $5 billion a year, more than five times the 1.04 trillion won ($896 million) Seoul agreed to pay this year.

South Korea “is a wealthy country and could and should pay more”, U.S. Secretary of Defense Mark Esper said after his meeting with South Korea’s Defense Minister Jeong Kyeong-doo last week.

Trump has long railed against what he says are inadequate contributions from allies toward defense costs. The United States is due to begin separate negotiations for new defense cost-sharing deals with Japan, Germany and NATO next year.