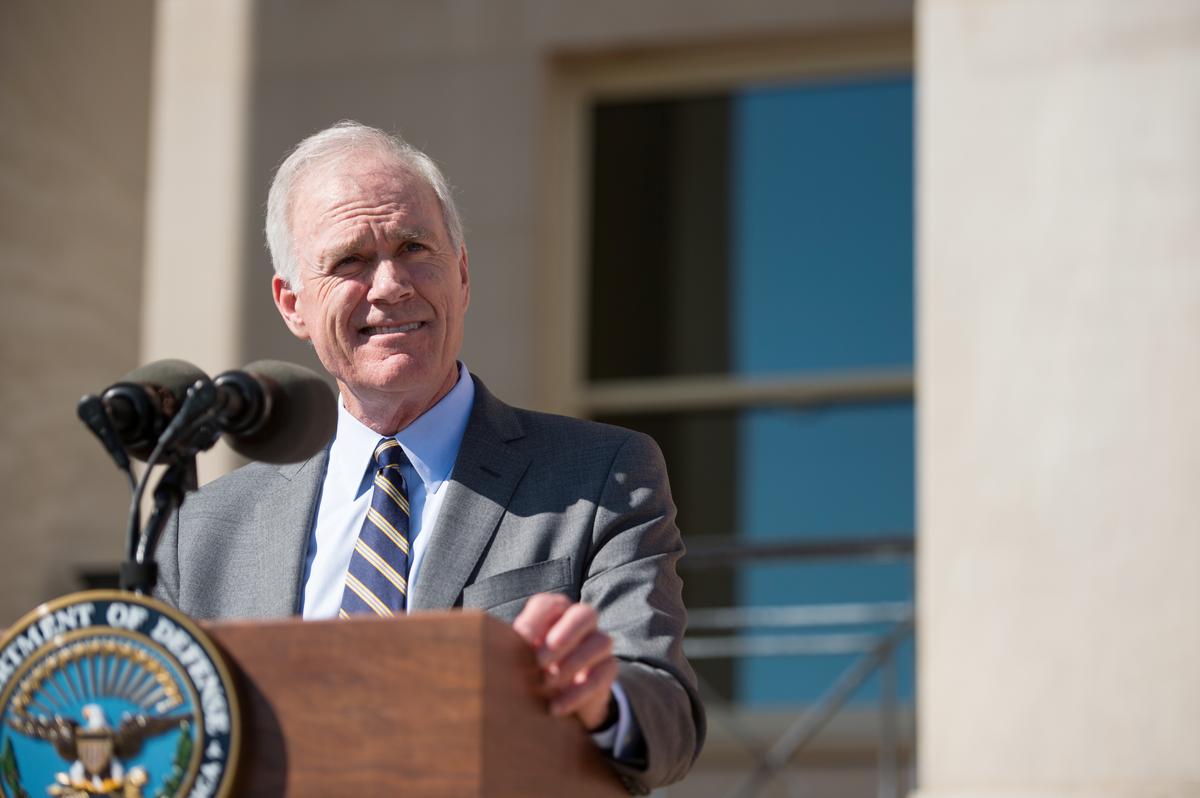 Secretary of the Navy Richard V. Spencer speaks after being formally sworn into office by Defense Secretary Jim Mattis at the Pentagon in Washington, D.C., U.S. in this September 7, 2017 handout photo. Army Sgt. Amber I. Smith/DOD/Handout via REUTERS

HALIFAX, Nova Scotia (Reuters) – The U.S. Navy Secretary said on Saturday he did not threaten to resign amid a disagreement with President Donald Trump over whether a Navy SEAL convicted of battlefield misconduct should face a board of peers who may oust him from the elite force.

“Contrary to popular belief, I’m still here. I did not threaten to resign,” Spencer said at a security conference in Halifax. The New York Times reported earlier on Saturday that Spencer had threatened quit if Trump subverted the process.

Spencer said Special Operations Chief Edward Gallagher should face a board of peers because “the process matters for good order and discipline,” Reuters reported on Friday.

Last week, Trump intervened in the case, ordering the Navy to restore Gallagher’s rank and pay, and clearing the way for him to retire on a full pension.

A military jury in July convicted Gallagher of illegally posing for pictures with the corpse of an Islamic State fighter but acquitted him of murder in the detainee’s death. Gallagher also was cleared of charges that he deliberately fired on unarmed civilians.

Although spared a prison sentence, he was demoted in rank and pay grade for his conviction, which stemmed from a 2017 deployment in Iraq.

But the Navy notified Gallagher, 40, on Tuesday that a five-member panel of fellow Navy commandos would convene on Dec. 2 to review his case and recommend whether he is fit to remain in the SEALs.

A decision as to whether Gallagher is ejected from the SEALs, stripping him of his special warfare Trident Pin, ultimately rests with the Navy’s personnel command in Washington.

On Thursday, Trump lashed out at the proceedings, declaring on Twitter: “The Navy will NOT be taking away Warfighter and Navy Seal Eddie Gallagher’s Trident Pin. This case was handled very badly from the beginning. Get back to business!”