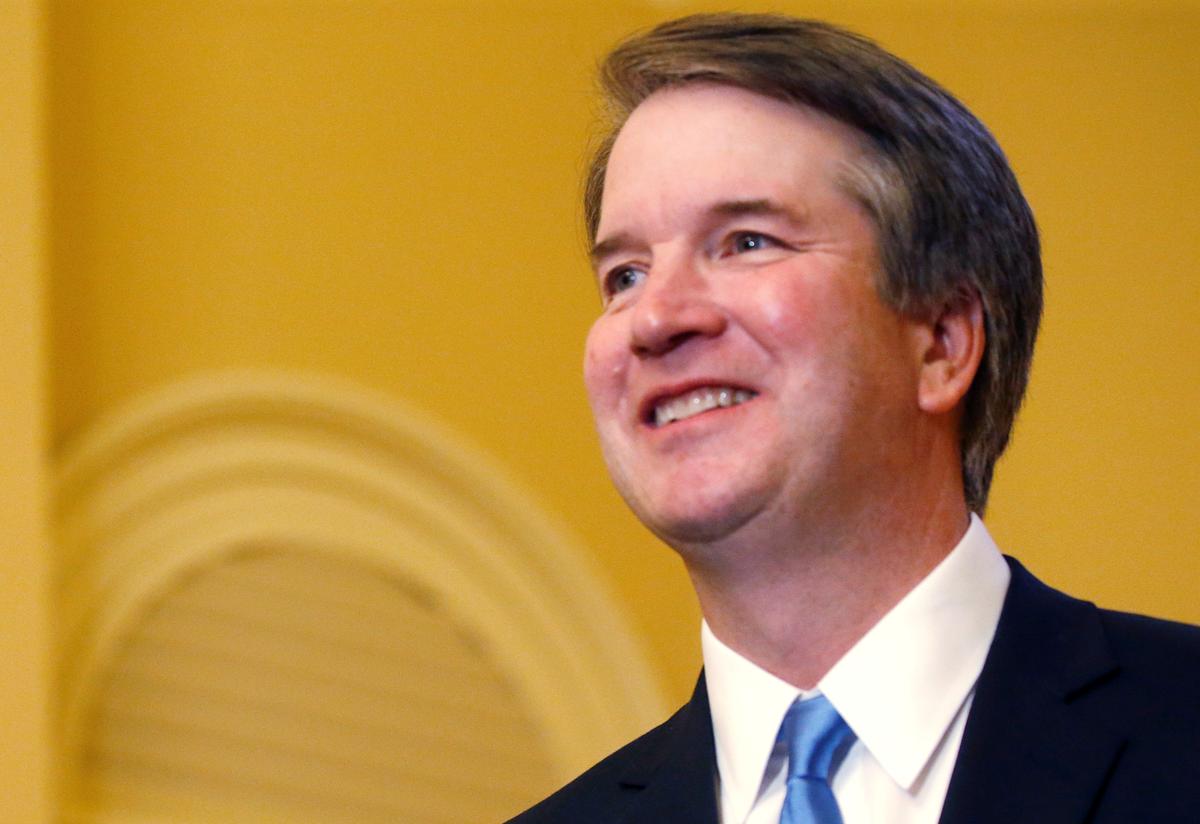 Protesters outside carried signs reading “Impeach Kavanaugh” and chanted as dinner attendees in evening clothes waited to enter. Some protesters with whistles briefly disrupted his speech.

Kavanaugh thanked friends who stood by him during the contentious confirmation process and appeared emotional when mentioning his wife and daughters.

In a speech chiefly light in tone, scattered with jokes and sports references, Kavanaugh praised his fellow eight justices on the Supreme Court, which has a 5-4 conservative majority, referring to the group as a “team of nine.”

He thanked Justice Ruth Bader Ginsburg, the court’s most prominent liberal, for “being so generous to me.”

Kavanaugh did not mention Trump or directly refer to the accusations the judge had faced.

The 54-year-old conservative jurist was confirmed in October 2018 on a 50-48 vote in a U.S. Senate controlled by Trump’s fellow Republicans.

The vote came after Kavanaugh angrily denied accusations by a California university professor, Christine Blasey Ford, that he had sexually assaulted her in 1982 when the two were high school students in Maryland.

“Last year a lot of my friends put themselves on the line for me. People risked their jobs and livelihoods. They were yelled at, insulted and threatened,” Kavanaugh said.

Kavanaugh’s affable demeanor during oral arguments at the court contrasted with his incensed testimony during televised confirmation hearings in Sept, 2018, when he accused Democrats of orchestrating a hit job against him.

In addition to Ford, two women accused Kavanaugh of sexual misconduct dating to the 1980s. He denied all the accusations.

Kavanaugh’s record in his first year has shown him to be mostly in lock step with his fellow rightward-leaning justices.

The court will decide in coming weeks whether to hear Trump’s bid to keep his tax records from being handed over to a New York prosecutor.

Reporting by Lawrence Hurley; Editing by Will Dunham and Clarence Fernandez