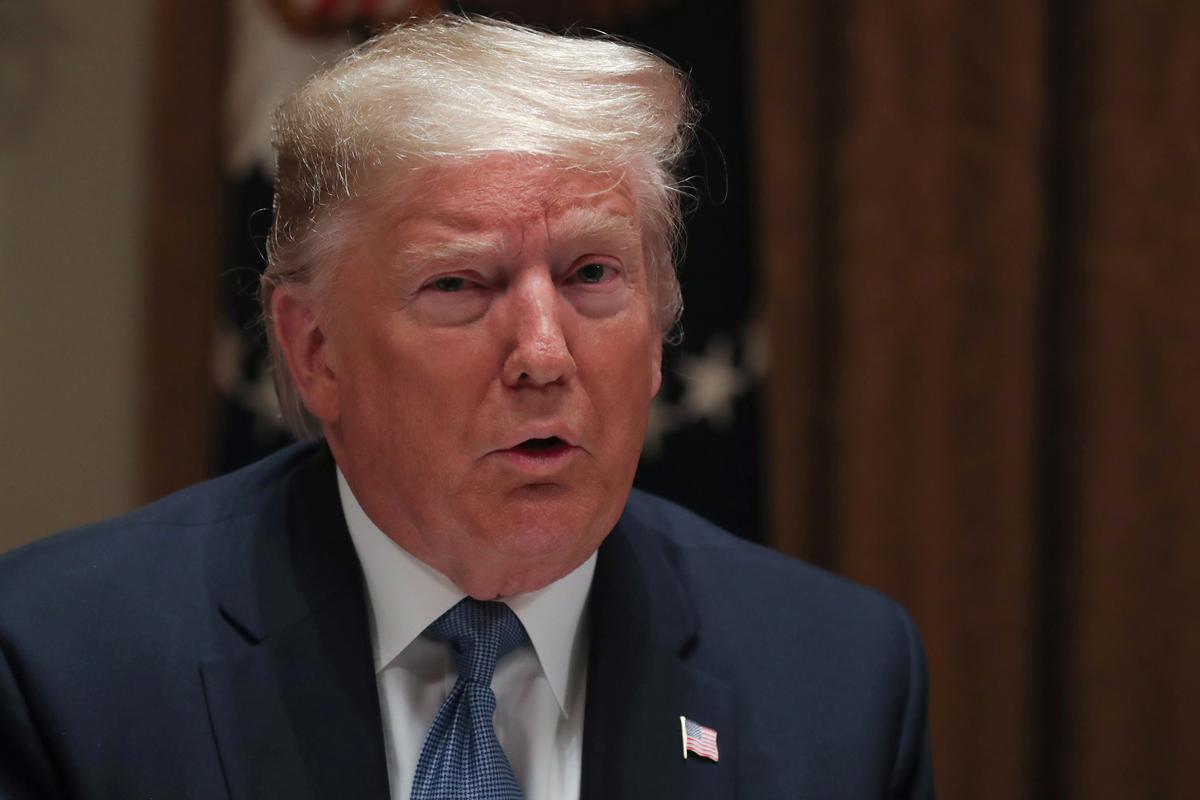 WASHINGTON (Reuters) – U.S. Supreme Court Justice Ruth Bader Ginsburg on Friday put a temporary hold on a court ruling that would require records held by Deutsche Bank AG (DBKGn.DE) and Capital One Financial Corp (COF.N) to be handed over to Democratic-led congressional panels.

Trump’s lawyers asked the high court to put a hold a Dec. 3 ruling by Manhattan-based 2nd U.S. Circuit Court of Appeals directing the two banks to comply with April subpoenas by the House of Representatives Financial Services Committee and Intelligence Committee for the financial records.

In a brief order, Ginsburg said that the lower court ruling is now on hold until Dec. 13.

The material sought by the committees includes records of accounts, transactions and investments linked to Trump, his three oldest children, their immediate family members and several Trump Organization entities.

Trump filed an appeal to the Supreme Court on Thursday in a separate case seeking to prevent the House Oversight Committee from obtaining financial records from Mazars LLP, Trump’s longtime accounting firm. An appeals court in Washington ruled against Trump in October.

The Supreme Court on Nov. 25 granted Trump’s request to put the subpoena enforcement in that case on hold while the president appeals the matter. Both cases represent an important showdown over the powers of the presidency versus those of Congress.

The lower court rulings, if left intact, would bring House Democrats closer to getting some of the details about Trump’s business interests even as they pursue an impeachment inquiry focusing on his dealings with Ukraine.

Trump, running for re-election in 2020, has fought to keep his financial and tax records private. He broke with tradition by not releasing his tax returns as a candidate in 2016 and as president.

Trump sued Deutsche Bank and Capital One in an effort to prevent the disclosure of his financial records. U.S. District Judge Edgardo Ramos ruled in May that the subpoenas could be enforced, prompting Trump’s to appeal to the 2nd Circuit.

Trump in November also asked the Supreme Court to reverse a separate appeals court ruling that directed Mazars to hand over his personal and corporate tax returns from 2011 to 2018 to local prosecutors in New York City. The justices are due to discuss on Dec. 13 whether to hear Trump’s appeal in that case.

In that same case, the office of Manhattan District Attorney Cyrus Vance, a Democrat, is seeking the returns as part of a criminal investigation into Trump and the Trump Organization, the president’s family real estate business.

The court has a 5-4 conservative majority that includes two Trump appointees: Neil Gorsuch and Brett Kavanaugh.

All three cases could be put on a fast track, meaning that if the court decides to hear them, a ruling would be possible before the end of June, when its current term ends.

Prepare to study in Canada
Study permit: Who can apply
How You Could Immigrate To Canada Through The Start-Up Visa In 2023
Manitoba PNP Draw: Province Invites 336 Canada Immigration Candidates
US Plans to Lift Covid Emergency Declarations May 2023
What You Should Know About Targeted Express Entry Draws in 2023
Pharmacy Assistants Can Now Immigrate To Canada Through Express Entry