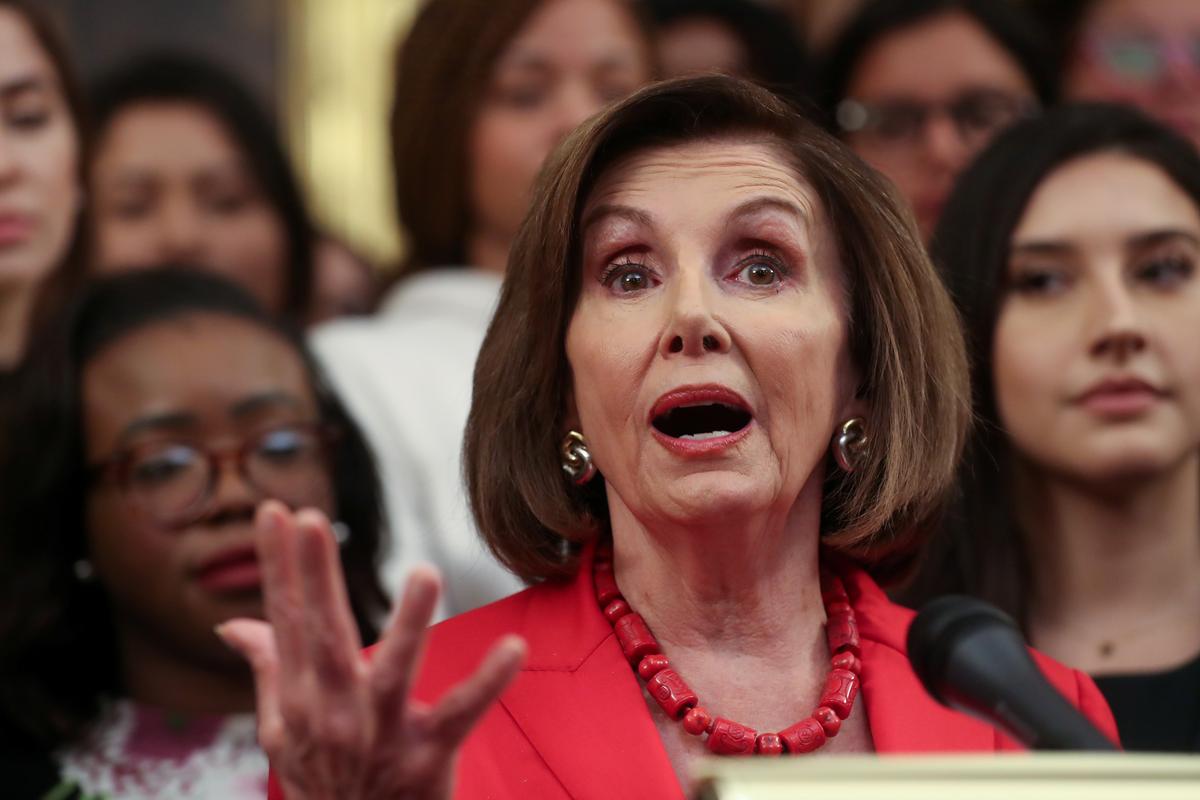 U.S. House Speaker Nancy Pelosi (D-CA) speaks at a news conference with DACA recipients and Democratic congressional leaders after the U.S. Supreme Court heard oral arguments in cases before the court regarding the Trump administration’s bid to end the Deferred Action for Childhood Arrivals (DACA) program, at the U.S. Capitol in Washington, U.S., November 12, 2019. REUTERS/Jonathan Ernst

WASHINGTON (Reuters) – U.S. House Speaker Nancy Pelosi on Thursday said a breakthrough in talks with the Trump administration on the trade pact with Mexico and Canada could be imminent and that she wanted to pass the deal by the end of the year.

“We are moving positively in terms of the U.S.-Mexico-Canada agreement. Again, it all comes down to … enforcement,” she told reporters at a news conference “I do believe that if we can get this to the place it needs to be, which is imminent, that this can be a template for future trade agreements.”

The United States-Mexico-Canada Agreement (USMCA), signed by the three countries about a year ago in an effort to replace the $1 trillion North American Free Trade Agreement (NAFTA), must be passed by lawmakers in all three countries, including the U.S. Congress.

Mexico has already ratified the new deal, while Canada has said it is waiting in order to move in tandem with the United States. The office of Canadian Foreign Minister Chrystia Freeland was not immediately available for comment on Pelosi’s remarks.

U.S. President Donald Trump and other administration officials have complained that Pelosi and her fellow Democrats, who control the House of Representatives, are holding back the U.S. economy by slow-walking USMCA’s passage.

But a major U.S. labor leader, AFL-CIO union chief Richard Trumka, said last month the deal was unlikely to pass as is if it was brought for a vote in November given lingering concerns over labor and other issues.

“I’d like to see us get it done this year, that would be my goal. I don’t imagine that it would take much more in the Senate to pass,” Pelosi told reporters on Thursday. Trump’s fellow Republicans control the U.S. Senate.

Separately, U.S. Federal Reserve Chairman Jerome Powell, testifying before a House of Representatives panel, said that the deal’s passage would help remove uncertainty and would be very constructive for the U.S. economy.

Prepare to study in Canada
Study permit: Who can apply
Ontario Targets 53 Tech and Health Occupations In New PNP Draw
How You Could Immigrate To Canada Through The Start-Up Visa In 2023
Alberta Invites 200 Candidates, Minimum CRS Of 324 In New Express Entry Draw
Pharmacy Assistants Can Now Immigrate To Canada Through Express Entry
Canadian Passport’s Power Gains One Point On Index