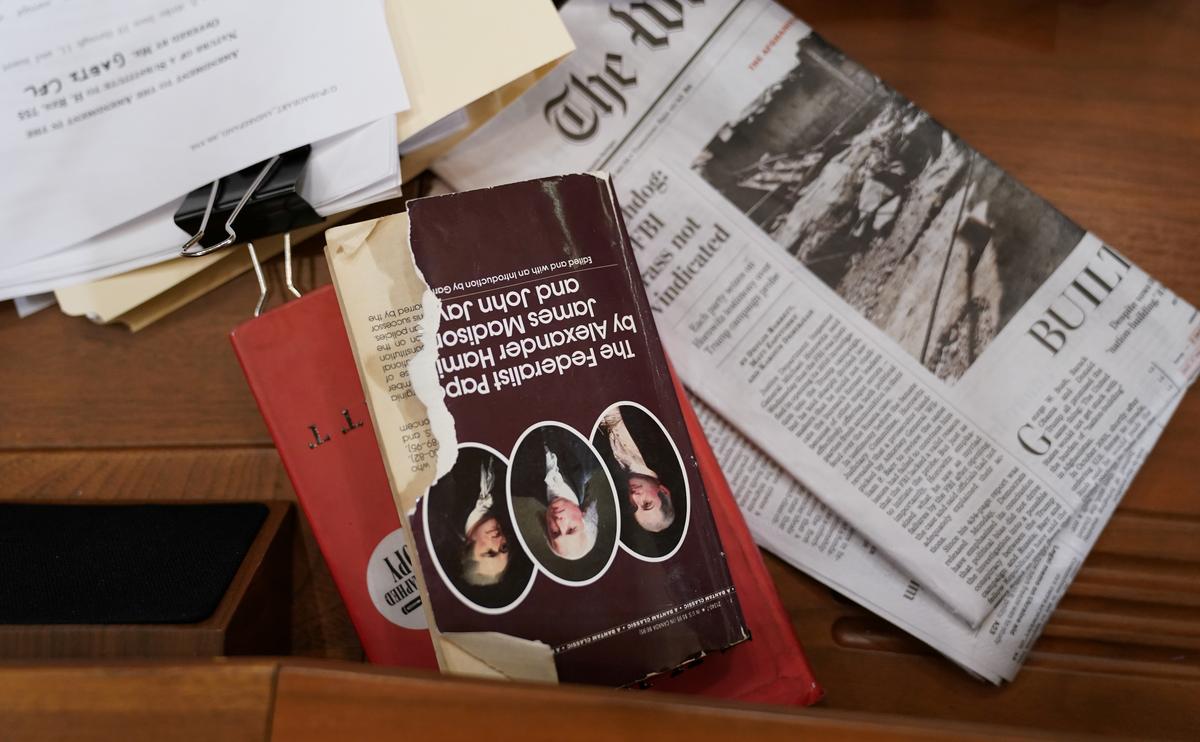 WASHINGTON (Reuters) – U.S. lawmakers moved closer on Thursday to impeaching Republican President Donald Trump, as members of a House of Representatives committee debated formal charges that are likely to be sent to the full House for a final vote next week.

The House Judiciary Committee is expected to approve two articles of impeachment later on Thursday, setting up a vote by the Democratic-controlled House next week that is expected to make Trump the third president in U.S. history to be impeached.

If the House impeaches Trump, who is charged with abuse of power and obstruction of Congress, he would then go on trial in the Senate. The Republican-led chamber is unlikely to vote to find the president guilty and remove him from office.

Republicans on the Judiciary panel repeatedly complained about the procedures followed by Democrats in the impeachment inquiry, and said Democrats had overplayed their hand in a desperate attempt to overturn the results of the 2016 election.

Republicans requested another hearing and said their rights had been trampled in the inquiry, but were voted down by the panel’s Democratic majority. Republicans also moved to strike the first charge of abuse of power but the committee rejected it on a party line vote.

“Rules have just been thrown out the window in this process,” said Republican U.S. Representative Debbie Lesko. “It continues to amaze me how corrupt, how unfair this process has been from the start.”

Democrats accuse Trump of abusing his power by trying to force Ukraine to investigate political rival Joe Biden and of obstructing Congress when lawmakers tried to look into the matter. Former Vice President Biden is a leading contender for the Democratic nomination to run against Trump next year.

Republicans on the committee said there were no crimes alleged in the impeachment articles and “abuse of power” had become a catch-all for Democratic complaints about Trump.

“This notion of abuse of power is the lowest of low-energy impeachment theories,” said Republican Representative Matt Gaetz.

Democrats chided Republicans for their loyalty to Trump.

“Forget about President Trump. Will any one of my colleagues on the other side say that it is an abuse of power to condition aid on official acts?” said Democratic Representative Pramila Jayapal. “Is any one of my colleagues willing to say that it is ever OK for a president of the United States of America to invite foreign interference in our elections?”

Trump has denied wrongdoing and condemned the impeachment inquiry as a hoax.

The “Federalist Papers,” written by the framers of the U.S. Constitution, are seen sitting among other papers at the desk of House Judiciary Committee Democratic member Rep. Ted Lieu (D-CA) during a break as the House Judiciary Committee continues its markup of articles of impeachment against U.S. President Donald Trump on Capitol Hill in Washington, U.S., December 12, 2019. REUTERS/Joshua Roberts

Much of the impeachment focus has been on a July 25 phone call in which Trump asked Ukrainian President Volodymyr Zelenskiy to investigate Biden and his son Hunter who was on the board of a Ukrainian gas company.

Trump has also instructed current and former members of his administration not to testify or produce documents, leading senior officials like Secretary of State Mike Pompeo to defy House subpoenas. Democrats say that behavior by Trump constitutes obstruction of Congress.

Trump appeared to be watching some of the proceedings, tweeting rebuttals to Democratic arguments as they were made. He said Democrats were misrepresenting his talks with Ukraine and called the proceedings a “phony hearing.”

A Senate trial is expected next month on the charges. Senior Republicans in the chamber appeared to be moving toward a consensus that a streamlined proceeding with no witnesses would allow Trump and the Senate to end the matter and quickly move on.

Mitch McConnell, the Senate majority leader, said on Wednesday no decision had yet been made over how to conduct the trial.

Democrats sought to simplify the public case against Trump by not including other contentious aspects of Trump’s tenure, such as his efforts to impede former Special Counsel Robert Mueller’s Russia probe. Democratic lawmakers from more conservative districts had argued the focus should stay on Ukraine.

Still, several Democrats in swing districts remain unsure how they will vote on impeachment, although with a 36-seat Democratic lead over Republicans in the House, passage is expected. [1N28M02L]

Democratic Representative Jeff Van Drew, one of two House Democrats to vote against launching the impeachment inquiry, said he would definitely vote against the articles of impeachment but he very few other Democratic defections.

Trump and Republicans have tried to use the issue as way to attack Democratic presidential candidates and those vulnerable House members.

Pelosi said Democratic House leaders were not pressuring any uncertain members to support the impeachment. “I do not ask anybody what their vote is,” she said.

Public support for impeachment has largely fallen along party lines, with the vast majority of Democrats supporting it and most Republicans opposing it. Trump’s approval rating, according to opinion polls, has largely remained consistent throughout the inquiry.

Prepare to study in Canada
Study permit: Who can apply
Ottawa Invests $3m To Boost International Tech Start-Ups In Ontario
How to Immigrate to Canada as a Business Development Manager
Temporary Foreign Workers Rocketing As Share Of Quebec’s Immigration Mix
Alberta Invites 150 Candidates, Lowest CRS Of 306 In New Express Entry Draw
What Is A Canada Express Entry Profile?