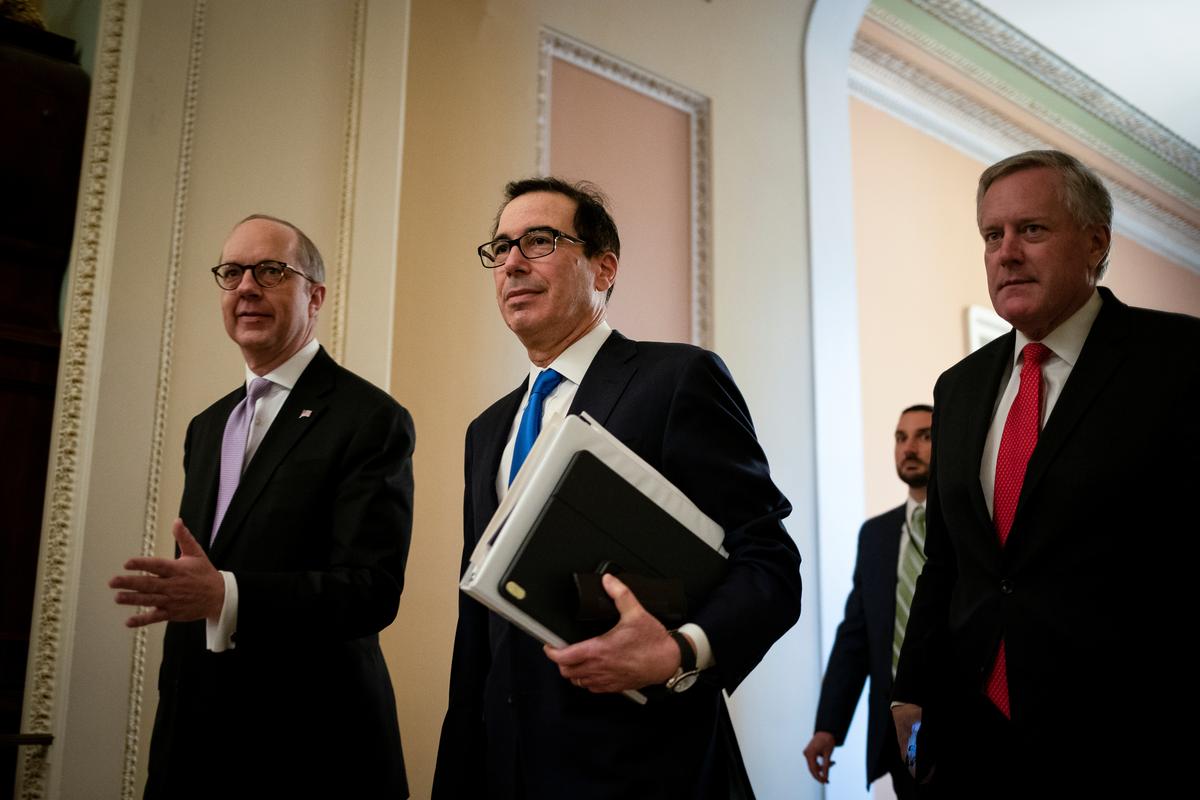 WASHINGTON (Reuters) – Even as the U.S. Congress works on a massive relief bill to stem the toll of the coronavirus pandemic that has sickened three of its members, its leadership is wrestling with how the chambers can continue to function in an era of social distancing.

A report commissioned by House of Representatives Speaker Nancy Pelosi threw cold water on the idea of voting remotely, saying it did not have confidence in the security of systems that could allow its members to vote from outside of the Capitol building.

Congress is currently struggling to agree to a nearly $2 trillion economic rescue bill in response to the coronavirus’ impact. Two members of the House and one senator have tested positive for the virus, and several other lawmakers are in self-isolation.

Pelosi, a Democrat, and Senate Majority Leader Mitch McConnell, a Republican, have publicly dismissed the idea of remote voting. But a growing number of lawmakers have urged them to think again, noting the dangers of jumping on planes to congregate in large numbers in defiance of health guidelines.

Democratic Representatives Eric Swalwell and Katie Porter urged the change in a Monday letter signed by dozens of other lawmakers. In the Senate, the number two Democrat Dick Durbin and Republican Rob Portman have introduced legislation for voting remotely in a crisis.

“We’re hoping to work with the parliamentarian and officers of the Senate to come up with something that is bipartisan, makes sense, and protects the integrity of voting on the floor of the United States Senate,” Durbin said Tuesday.

The coronavirus has already diminished the ranks of the Senate’s Republican majority, reducing their leverage as they negotiate the coronavirus package. With five Republican senators either sick or in quarantine, their majority of 53-47 has shrunk to 48-47.

The House is currently not in session and its members are spread across the United States, but it will be required to vote on the coronavirus package if and when it passes the Senate. The House report said the likely best way to do this would be by voice vote or “unanimous consent”, a procedure usually reserved for non-controversial proposals.

That step was used during the 1918 flu pandemic.

Then there is the question of how Congress will operate going forward. A prolonged recess could leave much of the field to Republican President Donald Trump as the coronavirus crisis continues to play out in the coming weeks and possibly months.

The House report said one option might be proxy voting, in which an absent member gives a present member their proxy to cast a vote for them. But it said there could also be constitutional challenges to this.