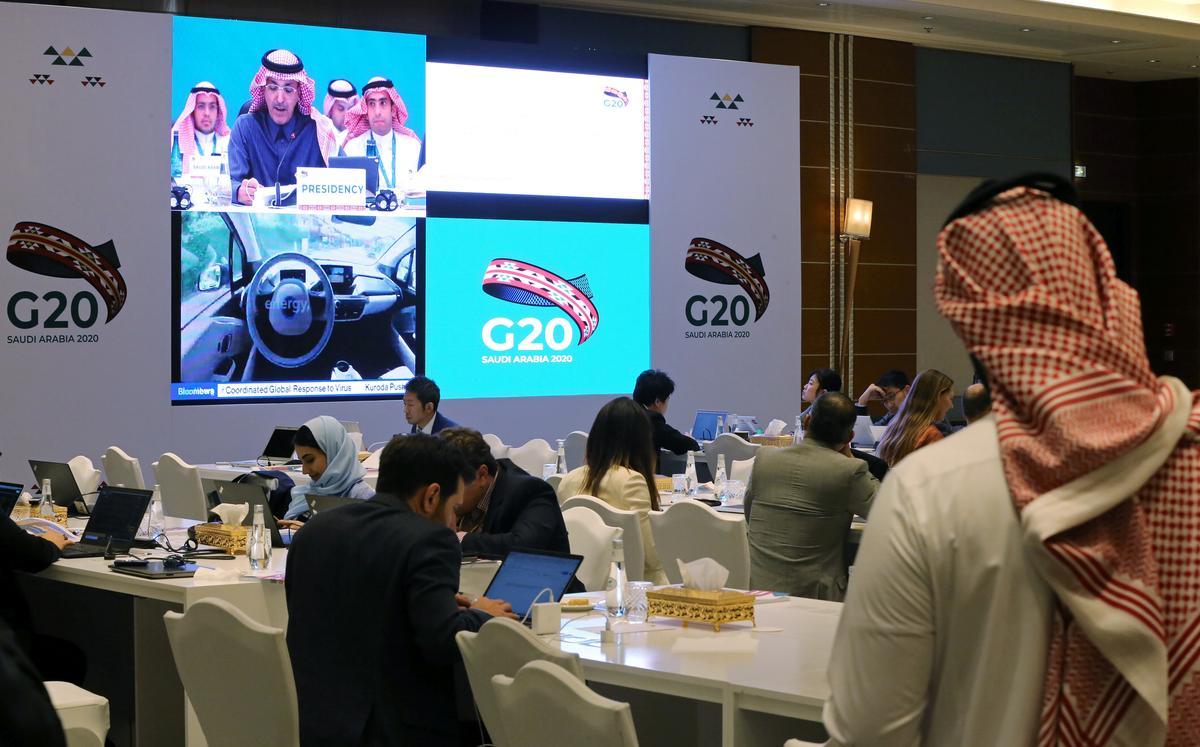 RIYADH (Reuters) – The United States is against mentioning climate change in the communique of the world’s financial leaders, G20 diplomats said, after a new draft of the joint statement showed the G20 are considering including it as a risk factor to growth.

Finance ministers and central bankers of the world’s 20 biggest economies (G20) are discussing top global economic challenges on Saturday and Sunday in Riyadh, focusing on the growth outlook and new rules to tax global digital companies.

The G20 expects a modest pick-up in global growth this year and next, but noted downside risks to this outlook stemming from “… geopolitical and remaining trade tensions and policy uncertainty and macroeconomic risk related to environmental sustainability”.

The latest draft communique gives less prominence to the outbreak of the coronavirus as a growth risk, saying only the G20 would …” enhance global risk monitoring, including the recent outbreak of COVID-19,” the medical acronym for the coronavirus.

G20 sources said the United States was reluctant to accept language on climate change as a risk to the economy.

“Usually China blocks as well, but as they are represented at lower level it’s mainly the U.S.,” one G20 diplomat said.

“Climate is the last sticking point in the communique. There is still no agreement,” a second source familiar with the negotiations said.