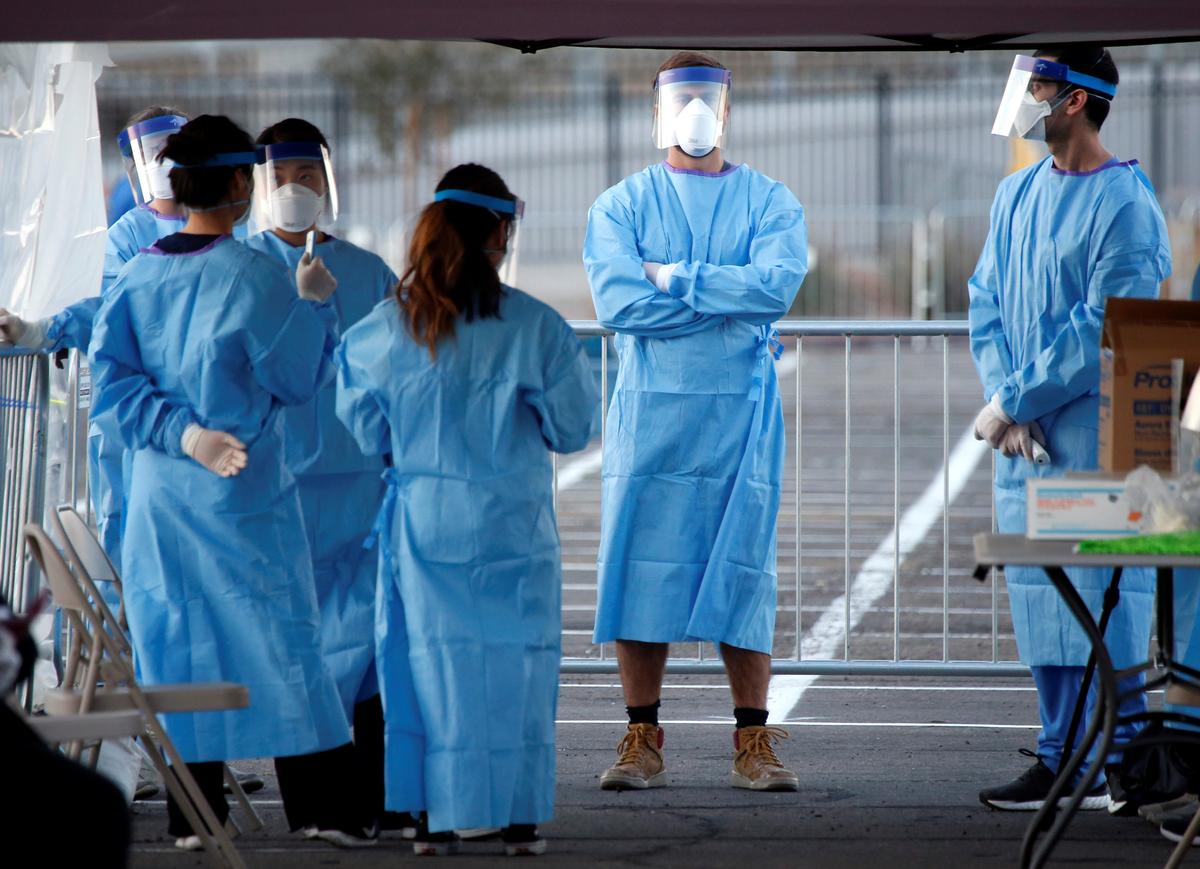 WASHINGTON/NEW YORK (Reuters) – U.S. officials want to build hundreds of temporary hospitals across the country to cope with the thousands of new coronavirus cases being diagnosed daily after the United States endured its deadliest day yet on Monday with 575 fatalities.

The U.S. Army Corps of Engineers, which converted a New York convention center into a 1,000-bed hospital in the space of a week, is searching for hotels, dormitories, convention centers and large open space to build as many as 341 temporary hospitals, the chief of corps said on Tuesday.

“The scope is immense,” Lieutenant General Todd Semonite of the corps told the ABC News “Good Morning America” program. “We’re looking right now at around 341 different facilities across all of the United States.”

The U.S. caseload rose by more than 20,000 confirmed cases on Monday, overwhelming hospitals that are running out of doctors, nurses, medical equipment and protective gear.

The corps, the engineering arm of the U.S. Army, joined with New York state officials to convert New York’s Jacob Javits Convention Center into a facility to treat non-coronavirus patients. The conversion will relieve the pressure on hospitals treating patients with COVID-19, the respiratory ailment caused by the novel coronavirus.

The converted convention center is blocks away from the pier where the U.S. Navy hospital ship Comfort docked on Monday. The floating hospital will take up to 1,000 non-coronavirus patients starting on Tuesday. Another temporary New York hospital is planned for the Arthur Ashe Stadium where the U.S. Open tennis championship is played.

The temporary hospitals are aimed at freeing all of the city’s 20,000 hospital beds for coronavirus patients, de Blasio said. The city is still short on doctors and nurses, and de Blasio asked the U.S. military for help.

“I told that to President Trump. We need folks by Sunday, starting this Sunday, to get ahead of that horrible onslaught we expect in the next week or two,” de Blasio said.

In Los Angeles, the USNS Mercy, similar to the Comfort, is already treating patients. Throughout California, the number of COVID-19 hospitalizations had nearly doubled over the past four days and the number of ICU patients had tripled, Governor Gavin Newsom said.

Authorities in New Orleans were setting up a field hospital at the Ernest N. Morial Convention Center – the same site where thousands of Hurricane Katrina refugees gathered in 2005 – to handle an expected overflow of patients.

U.S. health officials are urging Americans to follow stay-at-home orders until the end of April to contain the spread of the virus, which originated in China and has infected about three-quarters of a million people around the world.

“People need to stay at home,” Adams told Fox News. “We’re working around the clock to get supplies to cities across the country – to mayors and to governors. But we are not going to supply our way out of this problem. The way we solve this problem is by everyone coming together, stopping the spread, by eliminating large gatherings, staying at home.”