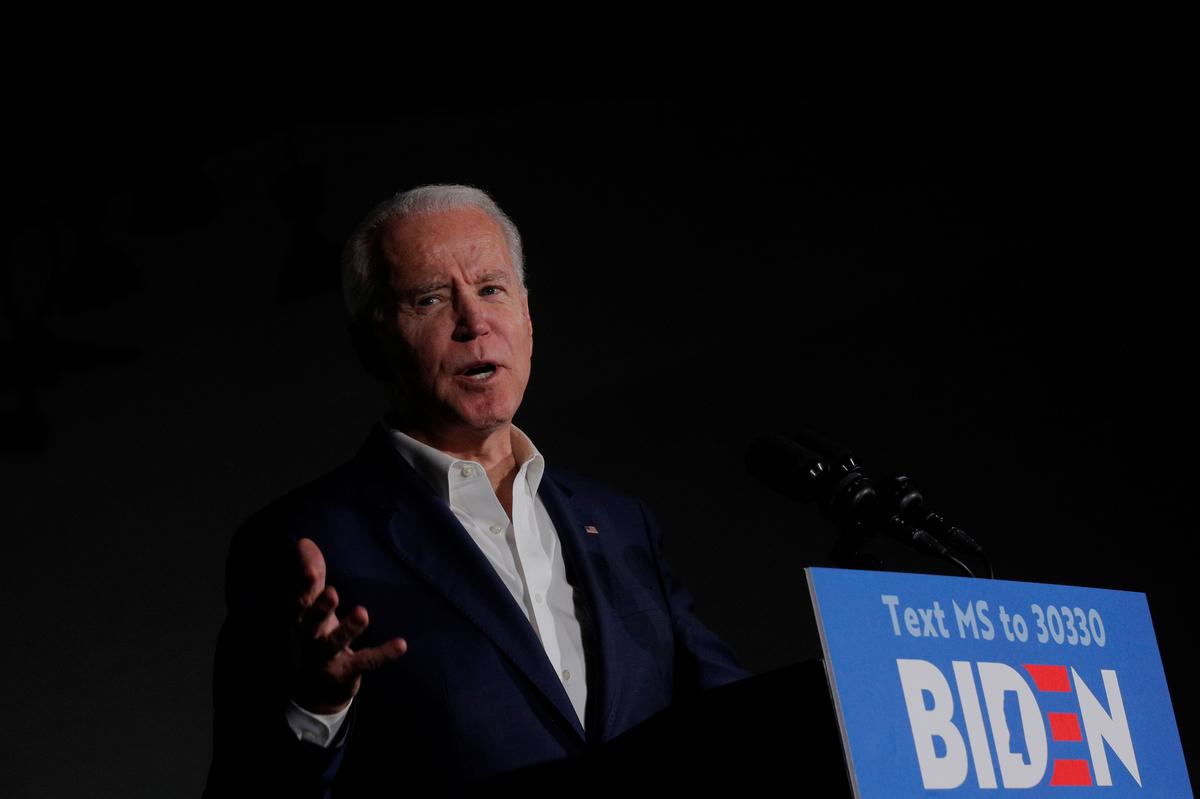 The video, which was posted on Saturday by White House social media director Dan Scavino, showed Biden stumbling on a speech in Kansas City, Missouri in which he said the words “Excuse me. We can only re-elect Donald Trump.”

Biden’s full sentence, which was cut off by the clip, was “Excuse me. We can only re-elect Donald Trump if in fact we get engaged in this circular firing squad here. It’s gotta be a positive campaign so join us.”

Twitter implemented its new policy, which labels tweets with manipulated or synthetic media such as deepfakes or more manually edited videos, on March 5.

However, Twitter’s new label was not showing for all users.

The tag was applied on Sunday afternoon, but Twitter said it was not showing when people searched for the tweet or clicked into it, only when it was seen in timelines. A Twitter spokesman said the company was working on a fix.

The White House did not immediately respond to a Reuters request for comment.

Social media companies are under pressure to police misleading or false information on their platforms ahead of the U.S. presidential election in November, in which Biden and Senator Bernie Sanders are vying to be the Democratic nominee to oust Republican President Trump.

The video, which had about 5.4 million views on Twitter at the time of writing, was also posted on Scavino’s Facebook page, where it had about 1 million views.

The Biden campaign slammed Facebook for showing the video on its platforms without labels.

“Facebook won’t say it, but it is apparent to all who have examined their conduct and policies: they care first and foremost about money and, to that end, are willing to serve as one of the world’s most effective mediums for the spread of vile lies,” said Greg Schultz, Biden’s campaign manager.