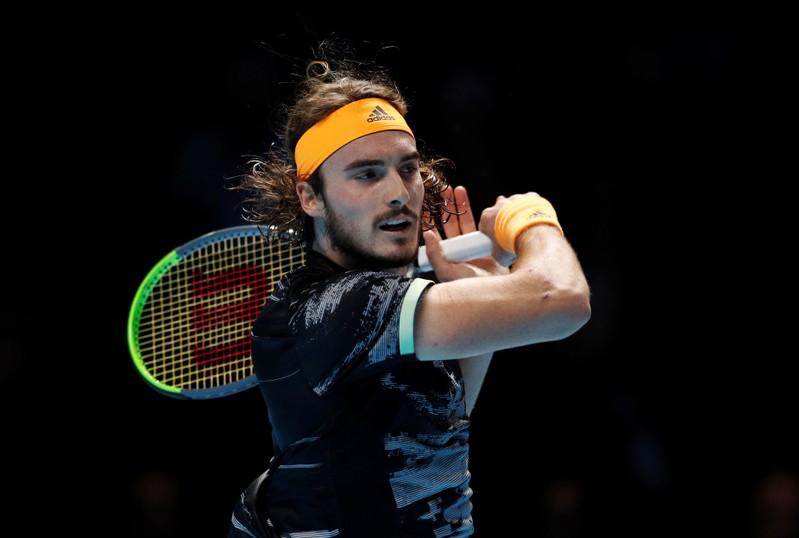 LONDON (Reuters) – Stefanos Tsitsipas stunned favorite Roger Federer to reach the final on his debut at the ATP Finals on Saturday, beating the six-time champion 6-3 6-4 at the O2 Arena.

The stylish 21-year-old, the first Greek to qualify for tournament in half a century, soaked up everything Federer threw at him and returned it with interest to subdue the Swiss great.

Federer, 17 years older than his opponent, was unusually profligate when his chances came along, failing to convert his first 10 break points.

The 20-time Grand Slam champion made a sloppy start, botching two smashes in his first service game and Tsitsipas took advantage to break with an angled forehand winner.

Federer wasted three break points when Tsitsipas served at 4-2 then lost out in a marathon 13-minute ninth game as Tsitsipas served for the first set. Tsitsipas finally bagged the opener on his seventh set point.

Looking rattled Federer dropped serve to love early in the second set but hit back immediately to finally convert a break point. Tsitsipas showed remarkable poise though, blanking out the cheers for Federer to break again with an angled forehand.

Federer looked jaded near the end and struggled to hold serve at 3-5, but at least asked the question of Tsitsipas’s nerve as the Greek served for a place in Sunday’s climax.

Again Federer had break points, reaching 15-40, but Tsitsipas would not be denied the biggest final of his career and hit back to finish an absorbing clash with an ace.

Tsitsipas will face either defending champion Alexander Zverev or Dominic Thiem in the final.