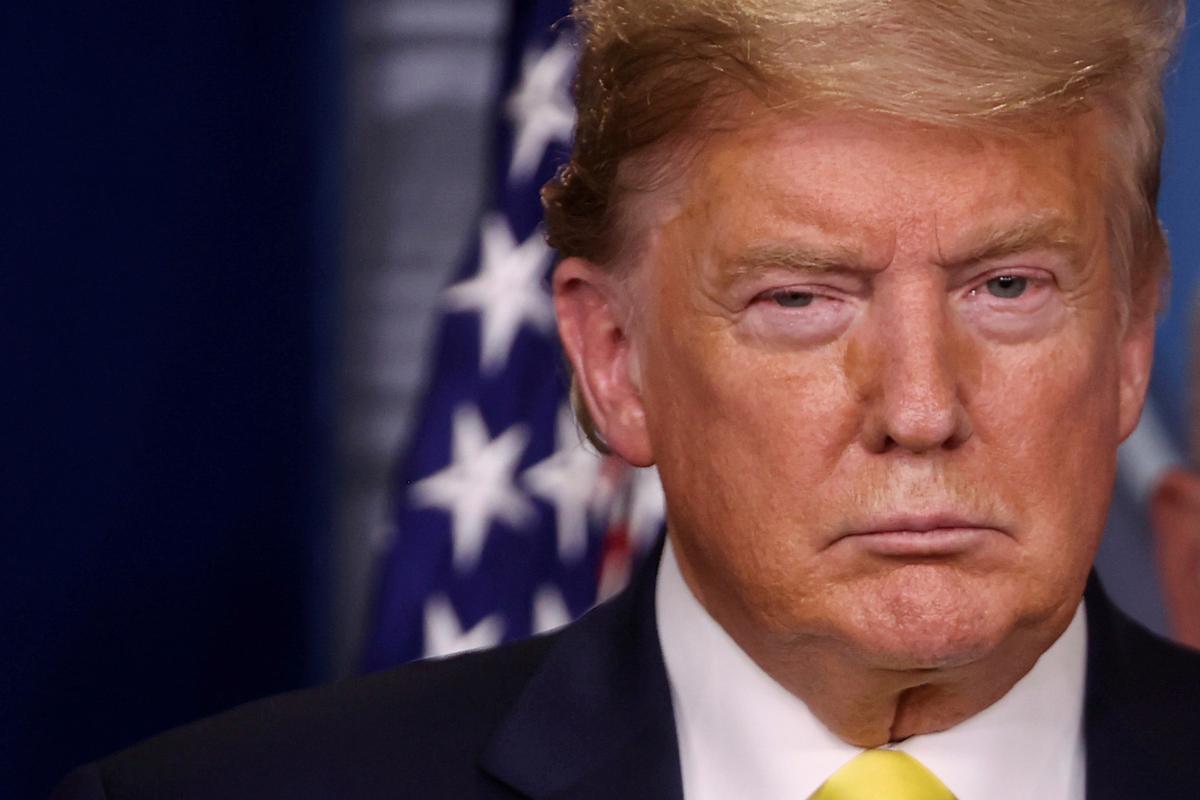 WASHINGTON (Reuters) – President Donald Trump has picked his favorite weapon to fight the economic fallout from the coronavirus: an elimination of the “payroll tax” on workers’ gross earnings that is used to fund national retirement programs.

Trump told Republican senators in a meeting on Tuesday he would like to waive the payroll tax entirely through the end of the year, or even permanently suspend it, one attendee told Reuters, even though Democrats have openly rejected the idea.

House of Representatives Speaker “Nancy Pelosi all of a sudden doesn’t like the payroll tax cut,” Trump tweeted Thursday morning, “but when Obama proposed it she thought it was a brilliant thing.”

If approved by Congress, Trump’s proposal would result in a massive, roughly $1 trillion dollar cash injection into the pockets of workers and businesses over the rest of the year, based on a Congressional Budget Office estimate www.cbo.gov/topics/taxes of current projected federal tax revenue.

It would also mean “you’ve blown a trillion-dollar hole” in the trust funds that pay Social Security benefits for retirees and help fund the Medicare healthcare program for Americans over age 65, said Howard Gleckman, a senior fellow at the Tax Policy Center. “What do you do about that?”

U.S. workers and their employers each contribute 7.65% of the employees’ gross pay for Social Security and Medicare through the payroll tax. As Trump’s tweet indicates, tweaking this tax to stimulate the economy is not a brand-new idea.

An Obama administration 2011 payroll tax cut to counteract the Great Recession, for example, returned $109 billion to households by cutting 2 percentage points from the amount that employees pay the federal government. In that case, the Treasury put a similar amount into the Social Security fund to make up the loss.

Trump’s proposal, to eliminate both the workers’ and employers’ payments, is of a different scale. Unless it is also somehow replaced, it could exacerbate funding shortfalls that the two popular programs already face in coming years, as the U.S. population ages and demand for healthcare increases.

If Trump were successful in making the payroll tax cuts permanent, he would hope to fund Social Security and Medicare from general revenue, a Republican source says.

That move could balloon the U.S. budget deficit, which will top $1 trillion this year, despite the strong economy, the CBO estimates.

Congressional leaders from both parties were skeptical the idea would fly.

The idea of a payroll tax cut is a “nonstarter” and will not be included in Democrats’ stimulus legislation, House Majority Leader Steny Hoyer said on Wednesday.

Democrats are not interested in the idea, U.S. Senator John Thune, a member of the Republican leadership, told Fox News on Wednesday. But, he said, the payroll tax remains a “big component” of the president’s stimulus plan.

Moody’s Analytics estimated that a full pandemic, with 3 million to 4 million infections globally, might lead the U.S. economy to end 2020 about 1.5% smaller than it was at the end of 2019, ending a decade-long expansion.

It is not clear a payroll tax cut would offset even a milder shock.

During the Great Recession, the U.S. government’s all-hands-on-deck fiscal response included industry bailouts, and a variety of tax cuts and stimulus payments. The moral of the story then was that sending people larger checks all at once works better than parceling money out a paycheck at a time.

Smaller sums tucked into weekly paychecks in the form of a payroll tax cut were spent at about perhaps half that rate, according to research by the New York Fed, with the rest saved or applied to debt.

“Right now is when people are freaking out,” said Claudia Sahm, director of macroeconomic policy at the Washington Center for Equitable Growth. “They don’t need an extra 50 bucks in October. They need an extra 500 bucks now,” to allay fears about lost jobs or wages, pay for medical tests, or ease the need to cut back spending right away.

Sending $500 per person right away, at a cost of around $165 billion to the government, could act as a sort of circuit breaker to avoid a recession and boost confidence among households, she said.

Senator Ron Wyden, the ranking Democrat on the Senate Finance Committee, said Tuesday the tax cut would not necessarily help the most vulnerable workers.

To benefit from a payroll tax cut, first of all, you need to be employed, he said.