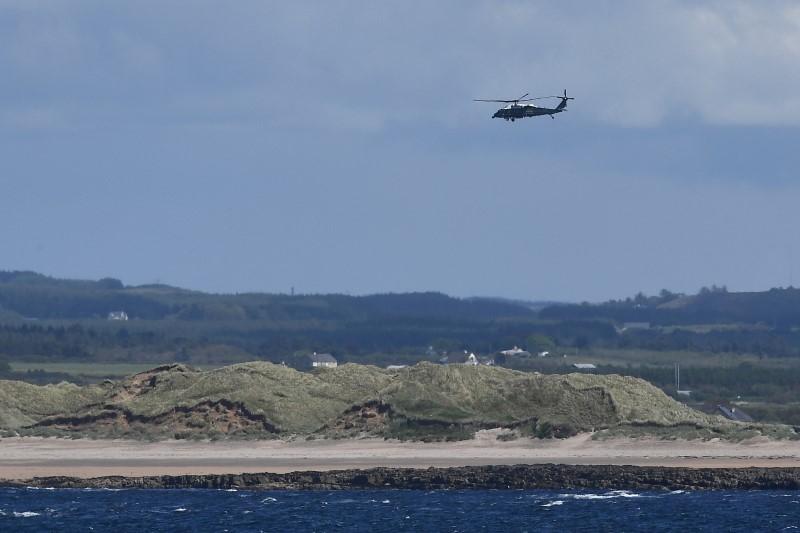 DUBLIN (Reuters) – An Irish golf course and hotel owned by U.S. President Donald Trump has been refused planning permission to build a sea wall to protect the course from coastal erosion.

In a decision published on Wednesday, Ireland’s planning appeals board, Bord Pleanala, said it was not satisfied that the proposed development at Doonbeg in the western county of Clare would not adversely affect the sand dune habitat at the site.

Trump’s company wanted to build a 2.8 km armourstone wall up to 20 meters wide and 5 meters above the water line between the sea and the dunes.

The golf club’s management revised its plans in December 2016 after a campaign by environmental groups and locals, submitting a request for two less visible barriers around 625 meters and 250 meters in length, above the water line at either end of the beach.

Permission was granted by the local county council for the revised plans in October 2017, but that has now been overturned by the planning appeals board.

The Trump Organization employs about 300 people at the resort — where the president stayed during an official visit to Ireland last year — and is one of the biggest employers in west county Clare.