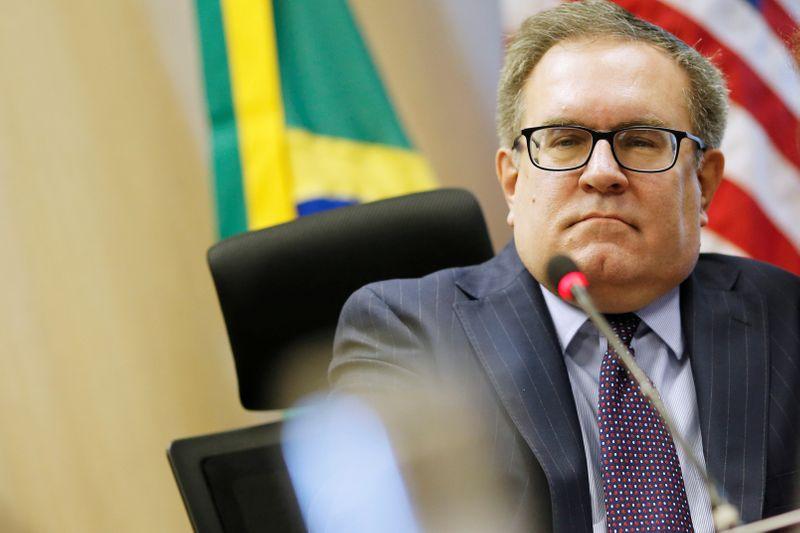 (Reuters) – The Trump administration on Tuesday said it has decided not to tighten air quality regulations governing soot pollution, arguing that the current standards are adequate to protect human health.

The decision overturns a recommendation from staff scientists at the U.S. Environmental Protection Agency who urged a tightening of the standards, and triggered a backlash among activists who pointed to research linking soot pollution to elevated death rates during the coronavirus outbreak.

“We believe that the current standard is protective of public health … and does not need to be changed,” EPA Administrator Andrew Wheeler said in a conference call with reporters announcing the proposal.

Wheeler said the decision followed a review of scientific research, in consultation with the EPA’s independent science advisers. He added there are “still a lot of uncertainties” in the science around fine particulate matter pollution and said the agency would be reviewing the standard again on a continuous basis as new research emerges.

At issue is the National Ambient Air Quality Standards regulation, which sets limits on the concentrations of different pollutants in the air – including soot, or fine particulate matter, which comes from coal- and gas-fired power plants and vehicle tailpipes.

The EPA is required to review the standards every five years, and has tended to regularly tighten the standards.

The current standard set in 2012 allows for 12 millionths of a gram of fine particles per cubic meter of air.

EPA staff had recommended that the standard drop to 8 millionths of a gram per cubic meter, after research showed respiratory damage could occur at current standards.

Harvard University this month also published research showing that the coronavirus causes a higher death toll among patients in parts of the country with increased levels of fine particulate pollution.

“It’s especially egregious that EPA is making this announcement in the thick of the COVID-19 pandemic – a public health crisis that evidence increasingly suggests is dangerous to people living in areas with higher air pollution levels,” said Gretchen Goldman, research director at the Union of Concerned Scientists advocacy group.

Wheeler pointed out that the Harvard study had not been peer reviewed.