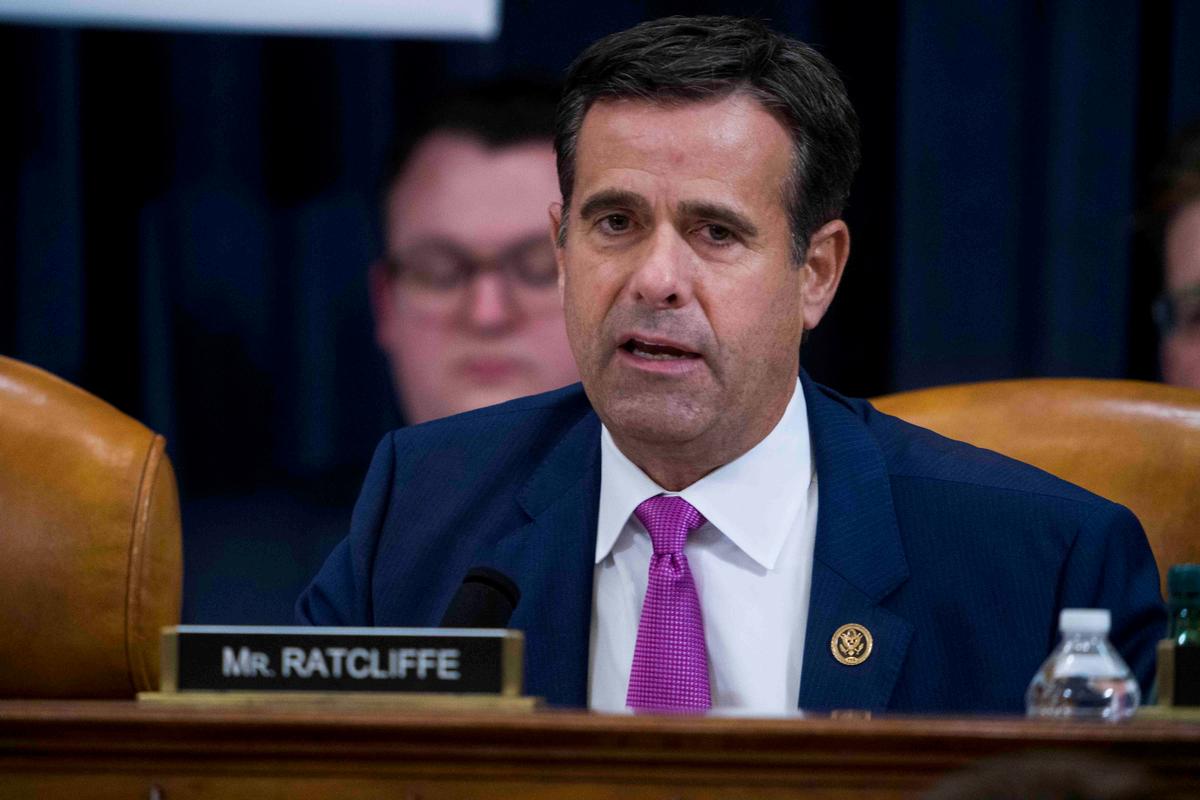 WASHINGTON (Reuters) – President Donald Trump said on Friday he again was tapping Republican Representative John Ratcliffe to be the nation’s top spy, naming a loyalist whose first nomination he had dropped last year amid questions about a lack of experience and possible resume embellishment.

Trump announced the move on Twitter. It would allow the president to extend in an acting capacity as director of national intelligence another staunch supporter, Richard Grenell, the U.S. ambassador to Germany, while the Senate considers Ratcliffe’s nomination.

“I am pleased to announce the nomination of @RepRattcliffe (Congressman John Ratcliffe) to be Director National Intelligence,” Trump said in the tweet. “Would have completed the process earlier, but John wanted to wait until after IG Report was finished.”

It was unclear the report to which Trump was referring.

Ratcliffe, who has represented a Texas district in the House of Representatives since 2015 and is a member of the House intelligence and judiciary committees, was an outspoken defender of the president during the Democratic-led proceedings that resulted in Trump’s impeachment last year on charges of abuse of power and obstruction of Congress.