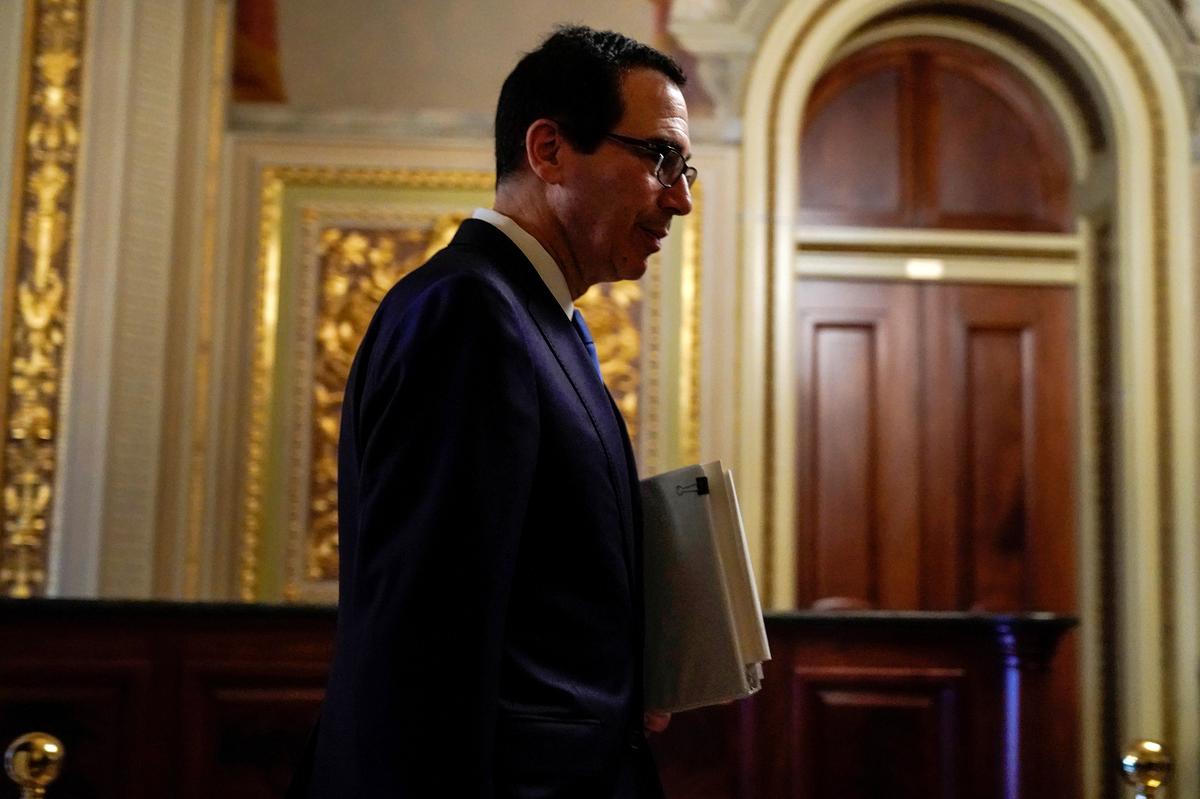 WASHINGTON (Reuters) – The Trump administration on Tuesday asked Congress for an additional $250 billion in emergency economic aid for small U.S. businesses reeling from the coronavirus pandemic, as Senate Majority Leader Mitch McConnell pushed for passage as soon as Thursday.

In a posting on Twitter, Treasury Secretary Steven Mnuchin said he had consulted with congressional leaders on the need for the second round of funding.

If approved by Congress, the aid would add to the $349 billion in forgivable loans to small businesses enacted on March 27 as part of a $2.3 trillion economic stimulus in response to the virus outbreak.

Shortly before Mnuchin’s announcement, McConnell, a Republican, said in a statement: “It is quickly becoming clear that Congress will need to provide more funding or this crucial program may run dry.”

He added that he would work with Mnuchin and Senate Democratic Leader Chuck Schumer on the initiative with the goal of winning Senate approval on Thursday.

It was not immediately clear whether the top two Democrats in Congress, Schumer and House of Representatives Speaker Nancy Pelosi, would embrace this timetable as they have been pushing for a broader set of measures that would comprise a fourth coronavirus-response bill since early March.

Quick Senate action would highlight the alarm over the crisis for small enterprises that have been shuttered because of the coronavirus outbreak.

McConnell’s backing also marked a change in attitude. He warned in an April 1 interview with the Washington Post that Pelosi should not undertake a “premature” fourth stimulus bill related to the pandemic.

But just days into the launch of the small business loans, with coronavirus cases raging in many parts of the United States, pressure built for more aid.

“There is a critical need to supplement the (loan) fund to ensure America’s more than 30 million small businesses will be able to access this critical lifeline,” Senate Small Business Committee Chairman Marco Rubio said in a statement.

Restaurants and hotels are among businesses hardest hit by the coronavirus outbreak, with many of them shuttered.

The loan program aims to encourage small enterprises to keep their employees on staff and to help them pay rent, mortgages, utilities and other overhead costs.

Meanwhile, congressional Democrats were crafting a series of additional measures they plan to push in coming weeks.

Democratic senators on Tuesday called for up to $25,000 in temporary, federally paid bonuses to medical workers and others in essential services, such as pharmacists, grocery store workers and truckers whose jobs put them at greater risk of coronavirus infection.

Pelosi on Monday consulted with rank-and-file members of her Democratic majority about House committees working on a bill that could top $1 trillion to augment the $2.3 trillion measure enacted last month.

A House Democratic aide on Tuesday said potential provisions include additional funding and greater flexibility for a “stabilization” fund helping state and local governments cope with the epidemic.

The aide said legislation also would increase funding for federal agencies, such as the Labor Department and Small Business Administration which now must deal with an explosive growth in unemployment and loan programs, respectively.

In an interview on CNN, Pelosi said she wanted to ensure that a range of financial institutions, including community and minority-owned banks, could participate in the loan program and that the lending did not just go to businesses that had existing relationships with lenders.

Some small restaurant operators have voiced concerns the loan program was structured so that large companies and large franchisees could gain advantage.