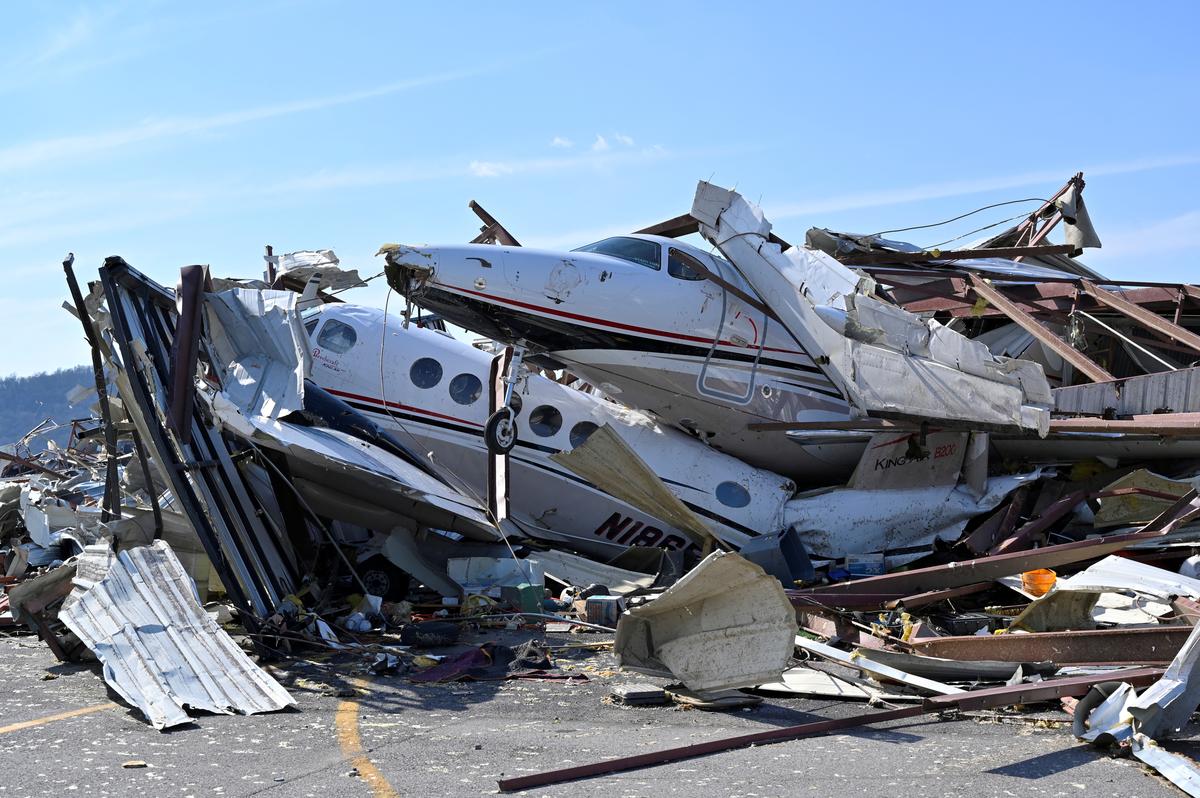 NASHVILLE (Reuters) – A string of tornadoes tore through Nashville, Tennessee, and surrounding counties early on Tuesday, killing at least 25 people, leaving others missing and reducing neighborhoods to rubble as voters across the state cast ballots in the Super Tuesday presidential primary.

Governor William Lee told an afternoon news conference the death toll was expected to rise as search-and-rescue crews combed through collapsed buildings and rubble for missing people some 15 hours after the storms hit around 1 a.m. CST.

“Its a tragic day in our state, a sad day. There are 25 confirmed fatalities,” the governor said. “I spent the day touring and visiting with victims and walking through neighborhoods and the devastation is heartbreaking. It’s incredible. Prayers are greatly needed.”Lee declined to estimate how many people remained unaccounted for in the state. Nineteen of the 25 fatalities were from Putnam County, east of Nashville.

The National Weather Service said eight tornadoes were believed to have touched down in Missouri, Tennessee and Kentucky, but that number could change following further analysis. It was not yet clear how many landed a direct hit on Nashville.

In addition to the fatalities, at least 30 people were injured. Some 48 buildings were destroyed in Nashville, with many more damaged, Fire Department Director Chief William Swann said. Tens of thousands of people were left without power.

“Severe weather and tornados have impacted several counties in Tennessee. Counties with the greatest impacts include Davidson, Wilson, and Putnam Counties,” the Tennessee Emergency Management Agency said on its website.

The storm struck as many were sleeping in Nashville, home to 691,000 people and one of the fastest-growing cities in the United States.

“Prayers for all of those affected by the devastating tornadoes in Tennessee. We will continue to monitor the developments. The Federal Government is with you all of the way during this difficult time,” President Donald Trump said on Twitter.

The White House said Trump would visit the devastated areas on Friday.

Pictures and video posted on Twitter showed lightning illuminating the dark sky as the twisters roared through the country music capital, and daybreak revealed dozens of leveled houses and businesses.

Tennessee is one 14 U.S. states holding presidential nominating elections on Super Tuesday and despite the destruction, polling sites were mostly open for voting, officials said, although some had to be moved.

A Davidson County Superior Court judge, ruling on an emergency request by four of the top Democratic primary candidates, extended voting by an hour at polls there and ruled that five sites remain open until 10 p.m.

Greg Poulson, 61, who lives in a Nashville homeless encampment with about 85 other people, said wind gusts lifted him off the ground as he ran underneath a bridge.

“I had a tree fall on my tent,” Poulson said. “The storm dropped right on top of us. We were ground zero.”

Charlotte Cooper, a French teacher at Nashville Classical Charter School, said she felt lucky a twister had skipped over her house, which still suffered cracked windows and a downed fence.

Apart from the public buildings set to be used for polling, schools, district offices and courts were closed.

The twister knocked down power lines, and one utility pole dangled horizontally in the street in the Donelson area, home to country music’s most famous concert stage, the Grand Ole Opry.

Nashville Electric, the city’s public utility, said bit.ly/38dQBMo there were more than 47,000 customers without power, with damage to substations and multiple power poles and lines.