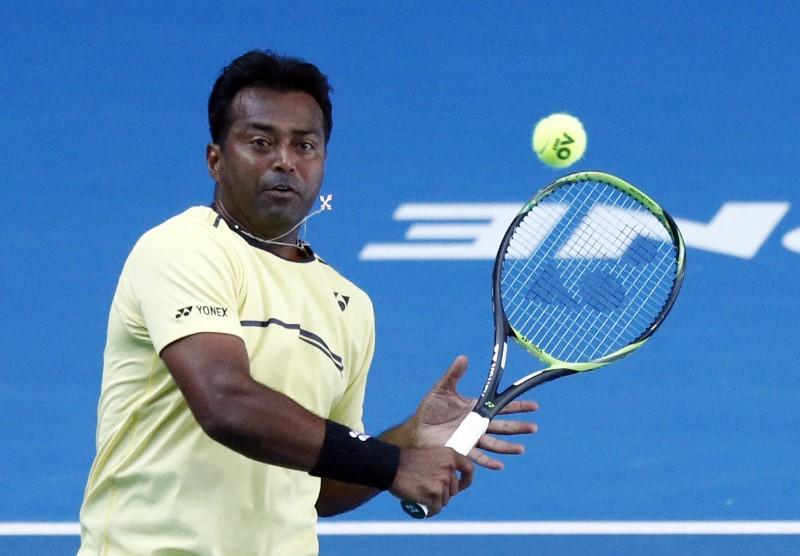 MUMBAI (Reuters) – Veteran Indian tennis player Leander Paes is contemplating extending his career by another year to bid for an eighth Olympic appearance following the postponement of the Tokyo Games to 2021 due to the coronavirus pandemic.

Paes, who will turn 47 in June, announced late last year that 2020 would be his “farewell year” as a professional before he hangs up his racket.

The Rio Olympics was his seventh Olympic appearance since he made his first tilt at the 1992 Barcelona Games.

“It’s a decision me and my team are thinking about very hard,” Paes told ESPN. “My dad has been vociferous in wanting to push me to play longer. He knows me well. He knows once I retire, I’m done. There’s not going to be a return.

“The fitness is still there, so is the mental aptitude and the tennis. I just have to focus on adjusting my training regime now that there’s going to be a long hiatus. This time I have might allow me a refreshed look at this.”

Born to parents from sporting backgrounds, the Indian turned professional in 1991 as a singles player rising to world number 73 with his serve-and-volley game.

He went on to win bronze at the 1996 Atlanta Games in men’s singles, quite a feat in a cricket-mad country starved of individual success in Olympic sports.

Paes started his professional career in 1991 and has won 18 doubles and mixed doubles Grand Slam titles. He has not tasted grand slam success since he and Martina Hingis won the mixed doubles title at the 2016 French Open.

“I haven’t taken a long, hard look at it yet. My team’s at me. They tell me I’ve really got to play that record eighth Olympics and put India in the history books,” he said.

“We’ve been working every day to stay fit and healthy and watch our diet and be careful of not just losing the fitness I’ve worked on already, but also enhance my fitness. We will make a decision shortly on whether to continue and make this one last roar, a really long roar.”

Paes described the IOC’s decision to postpone the Tokyo Games as a “brave” call.

“It’s very tough. I have trained specifically for this season, just like most other athletes and all of us are having to deal with this shift and movement,” he said.