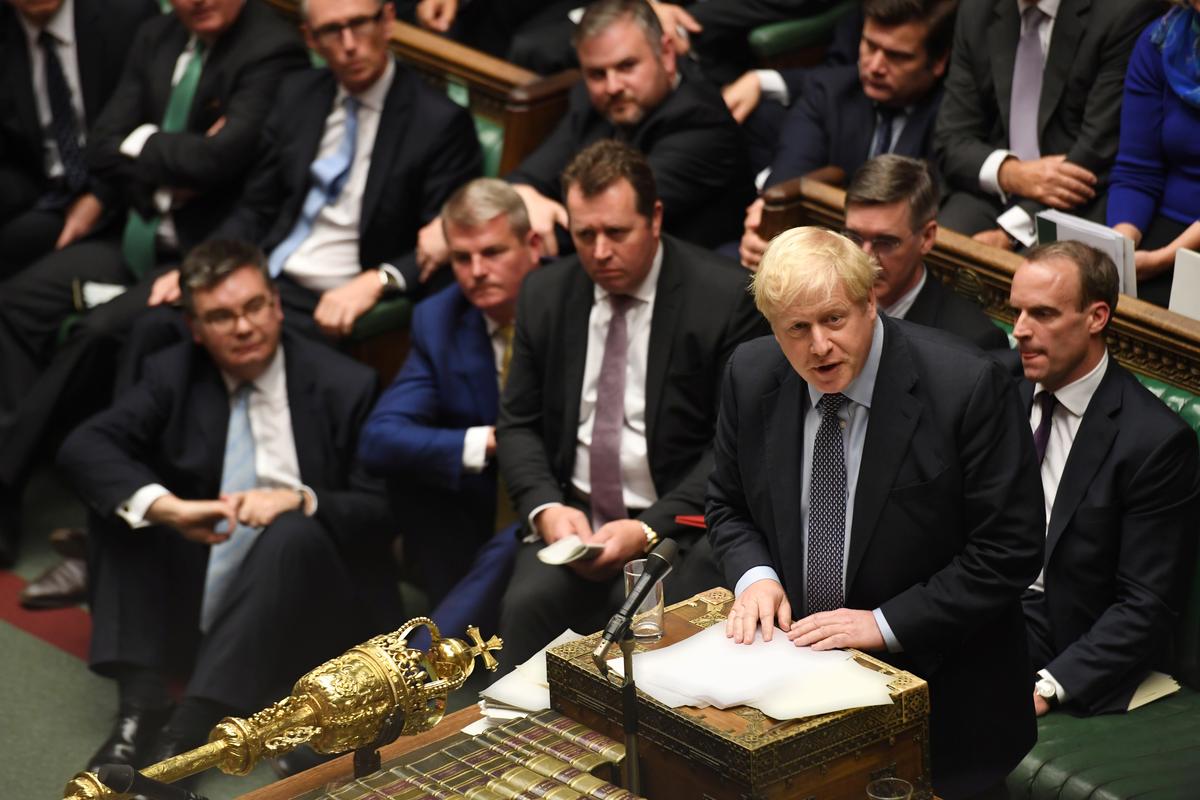 LONDON (Reuters) – British Prime Minister Boris Johnson sent an unsigned letter to the European Union on Saturday requesting a Brexit delay alongside a separate note saying that he did not want an extension, a British government source said.

Under the “Benn Act”, passed by lawmakers last month, Johnson had to ask for a Brexit deadline extension from Oct. 31 until the end of January if he failed to get lawmakers’ backing for a Brexit deal by Saturday, or their support for leaving without a deal.

Instead of voting on his divorce deal, lawmakers voted to back an amendment which delayed a final decision until formal ratification legislation has passed.

The source said a third document was also sent to Brussels, signed by Britain’s top envoy to the European Union.

Here is a text of the unsigned letter that Johnson was required to send under the Benn Act.

The UK Parliament has passed the European Union (Withdrawal) (No. 2) Act 2019. Its provisions now require Her Majesty’s Government to seek an extension of the period provided under Article 50(3) of the Treaty on European Union, including as applied by Article 106a of the Euratom Treaty, currently due to expire at 11 p.m. GMT on 31 October 2019, until 11 p.m. GMT on 31 January 2020.

I am writing therefore to inform the European Council that the United Kingdom is seeking a further extension to the period provided under Article 50(3) of the Treaty on European Union, including as applied by Article 106a of the Euratom Treaty. The United Kingdom proposes that this period should end at 11 p.m. GMT on 31 January 2020. If the parties are able to ratify before this date, the Government proposes that the period should be terminated early.

Prepare to study in Canada
Study permit: Who can apply
What You Should Know About Targeted Express Entry Draws in 2023
Manitoba PNP Draw: Province Invites 336 Canada Immigration Candidates
Canada Invites 893 Candidates In First PNP-Only Express Entry Draw Of 2023
Ontario Invites 10 Canada Immigration Candidates In New Entrepreneur Draw
How You Could Immigrate To Canada Through The Start-Up Visa In 2023