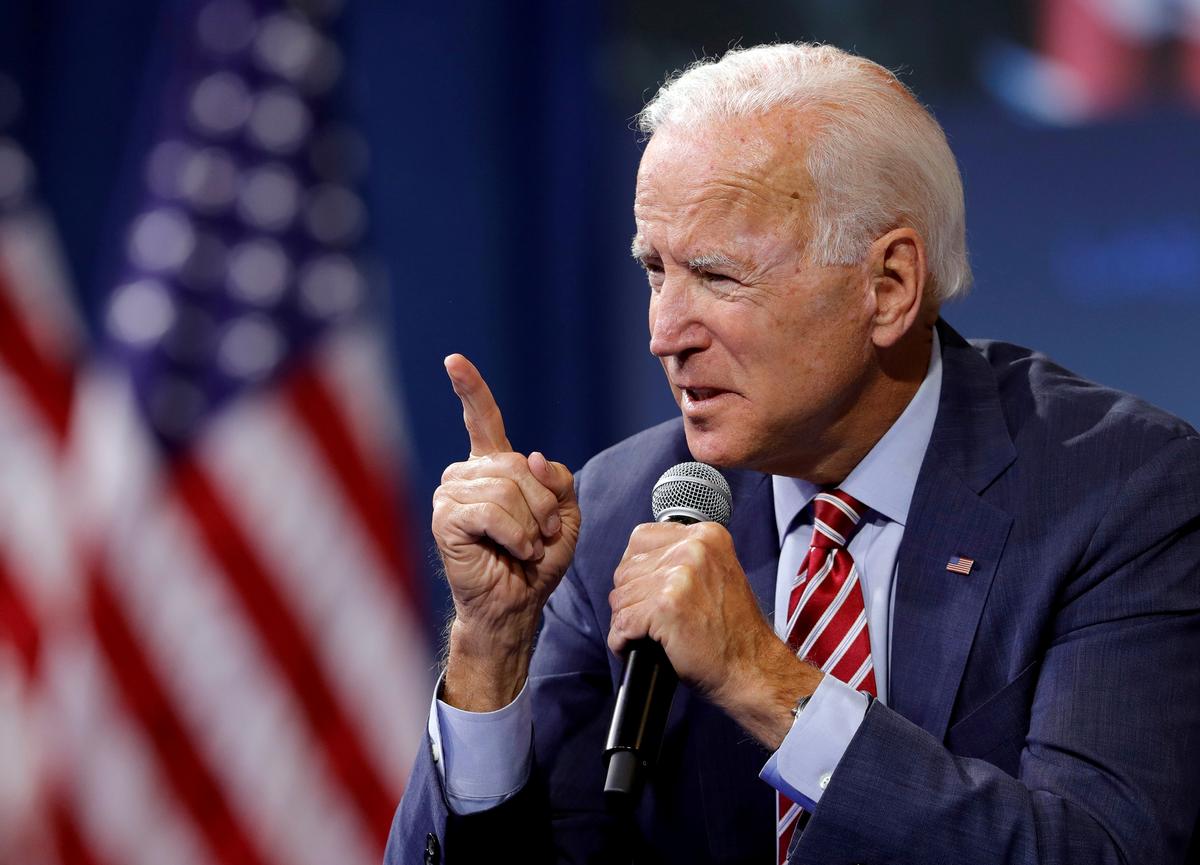 (Reuters) – With the first Democratic nominating contests less than two months away, former Vice President Joe Biden is already looking beyond to Super Tuesday in March, when some of the biggest electoral prizes will be up for grabs.

Biden is traveling to Texas on Friday, a state his campaign sees as crucial to securing the nomination. While California looms as the main event on March 3, when 16 states and territories cast ballots, Texas could be the real difference-maker for him.

Opinion polls show the Democratic race fractured in California, which has 416 delegates at stake. But in Texas, where more than 220 delegates are in play, a CNN poll released this week showed Biden with a 20-point lead.

Biden planned to campaign in San Antonio, on his first trip to the state since September, amid signs his presidential bid has stabilized after a stretch where he faced questions about his performance on the campaign trail and fundraising.

While there, Biden will pick up several endorsements from local elected officials.

He remains atop the 15-candidate Democratic field in national polling while top rivals have faded. U.S. Senator Elizabeth Warren’s bid has been losing steam and U.S. Senator Kamala Harris, once considered the biggest threat to Biden’s grip on African-American voters, dropped out of the race.

The exit of former U.S. Representative Beto O’Rourke of Texas from the race also seems to have worked to Biden’s benefit in that state.

Given Biden’s strength with African-Americans and, to a lesser extent, Latino voters, his campaign has long focused on strategy less reliant on wins in those early states, which are overwhelmingly white, in favor of a long-term effort to rack up delegates in larger, more diverse states.

More than 1,300 delegates will be awarded on Super Tuesday, and Biden’s campaign believes the delegate allocation method in Texas gives him a leg up there.

Delegates will be awarded both by the result of the statewide popular vote and the results in individual state senate districts, which, analysts say, require a candidate strong both in urban areas and in rural, working-class regions.

Biden continues to appeal to moderate, white voters as well. The same CNN poll that showed him with a 20-point lead in Texas over Sanders and Warren also showed him essentially tied with Trump in the state in a potential general election matchup.

On the campaign trail, Biden often makes the point that he alone among the field can deliver votes in states that went for Trump in 2016. His campaign said that is true for Texas – a state Democrats have long sought to make competitive nationally.

That’s part of Biden’s pitch to potential endorser in the state. He has already gained a few notable ones, including U.S. Representative Eddie Bernice Johnson, the senior member of the Texas congressional delegation.

Jim Henson, a political scientist at the University of Texas-Austin, said the race in the state remains fluid and that Biden’s current advantages could fade over time.

Sanders, for instance, shows considerable strength with Latinos, and Warren is considered to have the biggest organization in the state.

“I wouldn’t conclude (Biden) has this state sewn up,” Henson said.