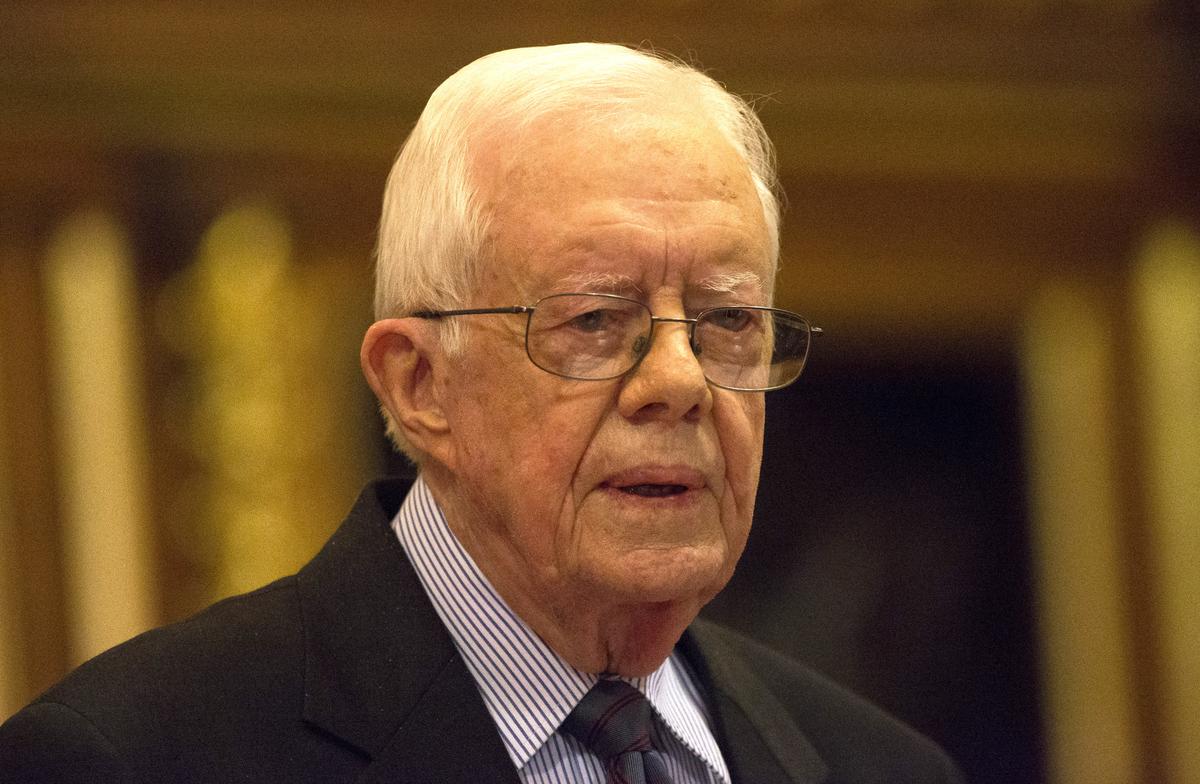 FILE PHOTO: Former U.S. President Jimmy Carter delivers a lecture on the eradication of the Guinea worm, at the House of Lords in London, Britain February 3, 2016. REUTERS/Neil Hall

The Republican leader faces allegations he abused his office by pushing Ukraine to investigate his political rival Joe Biden. Earlier on Tuesday, the Trump administration blocked a key witness from appearing before three House committees, prompting a subpoena.

“Tell the truth, I think, for a change,” Carter told MSNBC when asked what advice he would give Trump.

Trump has denied any wrongdoing over Ukraine and has reacted to the inquiry with a flurry of posts on Twitter lobbing obscenities and insulting nicknames for Democratic lawmakers, who launched their impeachment probe two weeks ago.

While the Republican-led Senate now is “unlikely” to remove Trump even if the Democratic-controlled House backs impeachment, Carter said that could change depending on what the investigation reveals.

“If the facts reveal an increasing number of things that he has actually done, then of course impeachment is possible and removal from office is possible,” the nation’s oldest living former president told MSNBC.

Carter, 95, ran on a pledge of honesty and served one term in the White House from 1977 to 1981. He suffered from his own political controversies including a U.S. hostage crisis in Iran.

He criticized Trump’s response to the impeachment probe, saying blocking witnesses and documents was “stonewalling.”

Trump, he said, should restrain himself on Twitter and “give the House of Representatives and the Senate — and the general public — the evidence that we need to form a case either for or against him.”

Representatives for the other living former U.S. presidents — Democrats Bill Clinton and Barack Obama, and Republican George W. Bush — could not be immediately reached for comment.

Clinton became the second U.S. president to be impeached by in 1998 but was not removed from office by the Senate. Congress took up impeachment proceedings against President Andrew Johnson in 1868 and President Richard Nixon resigned in 1974 under threat of impeachment.