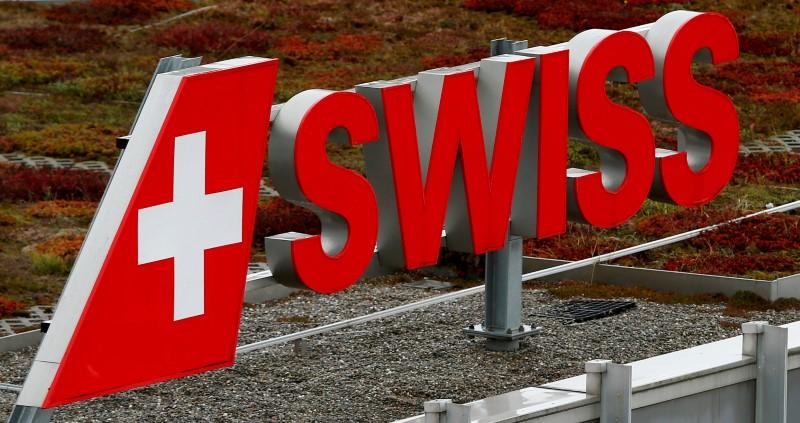 VIENNA (Reuters) – Airline Swiss expects to resume mostly normal service with its fleet of Airbus A220 jets on Thursday after temporarily grounding the jets for safety checks of their engines, it said on Wednesday.

The inspections of Pratt & Whitney engines came after a Geneva-bound Swiss jet had to divert to Paris on Tuesday.

French air crash investigators classified the engine problem that disrupted the Swiss flight shortly after departure from London Heathrow as a “serious incident” and said it would be investigated by the U.S. National Transportation Safety Board.

“On Tuesday afternoon and overnight 17 C Series/A220 aircraft have been inspected. The engines are in perfect condition, so 12 aircraft have returned to regular flight operations. Another five planes will follow at midday on Wednesday,” Swiss said in a statement.

“We continue to assume that flight operations can be carried out largely regularly again from Thursday,” the airline owned by Germany’s Lufthansa (LHAG.DE) added.

The Airbus (AIR.PA) A220 single-aisle airliner was formerly known as the Bombardier C Series.

In Seoul, Korean Air Lines Co Ltd (003490.KS) said it had launched inspections on its fleet of 10 A220 planes after a request from U.S. engine manufacturer Pratt & Whitney.

Tuesday’s engine incident was the third involving the same airline and model of jet in as many months and resulted in a small amount of debris being scattered as the aircraft landed at Paris Charles de Gaulle, an airport source told Reuters.

It came just hours after France’s BEA agency launched an unusual appeal for 150 volunteers to scour an uninhabited wood in eastern France for a titanium engine part dating from the first blowout in July, which affected a Geneva-London flight.

A second incident in September caused a Swiss A220 to divert to Geneva, but on that occasion the engine’s housing contained fragments torn loose from the engine, the BEA said.

Swiss said this week’s inspections had forced it to cancel more than 100 flights, affecting around 10,000 passengers.

The Swiss Federal Office of Civil Aviation said it had not ordered the grounding for engine checks.

A spokesman for the engine maker said it was recommending additional checks for versions of the engine that power the Airbus A220 – an engine known as the PW1500G – and a rival Brazilian jet, the Embraer 190/195-E2.

A similar engine for the larger A320neo family, Airbus’ most-sold aircraft, was not affected.