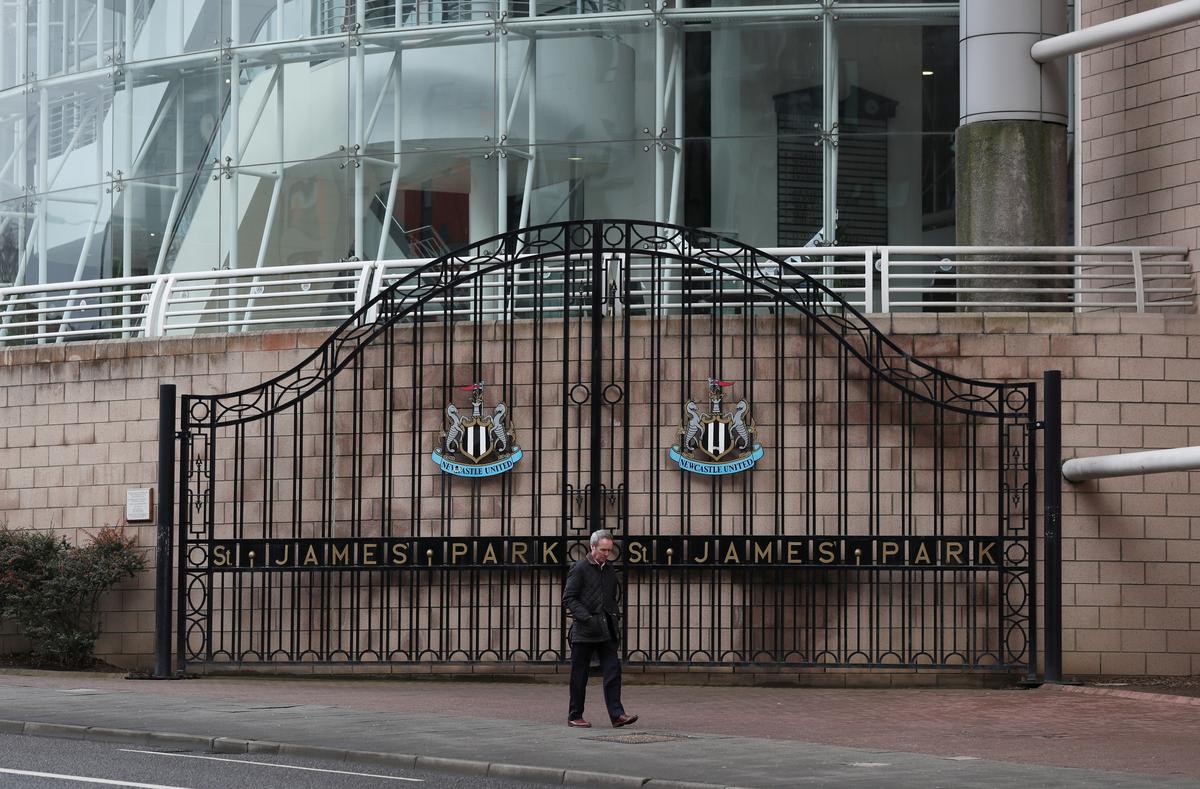 LONDON/NEW YORK (Reuters) – Golf’s jewel in the crown The Masters and English soccer’s Premier League joined the lengthening list of elite sporting events to fall foul of the coronavirus pandemic on Friday.

Few dates on the global sporting calendar are as keenly-anticipated as the Augusta National showpiece, but organizers moved swiftly to postpone golf’s opening major, which was due to be played between April 9-12, throwing the elite championship golf schedule into a state of flux.

England’s hugely-popular Premier League announced it was suspending matches until April 4, while soccer’s European governing body UEFA said that next week’s matches in the Champions League and Europa League would not be played.

The unprecedented shutdown of world sport in response to the coronavirus spread that has infected 138,000 people and killed more than 5,000 also prompted FIFA to recommended that all international matches scheduled to be played in March and April be postponed. [nL4N2B60ZV]

Soccer’s world governing body said that clubs would not be obliged to release players for any games that go ahead.

Organisers also postponed two of the biggest running events on the calendar, the marathons in Boston and London, which regularly draw tens of thousands of participants, including some of the world’s top athletes.

This weekend’s Grand Prix season opener in Australia was canceled hours before the first practice session.

England’s cricket players were heading home after their tour of Sri Lanka was called off, while this weekend’s Six Nations rugby match between Wales and Scotland was postponed.

France’s Top 14, the richest rugby union league in the world, was also suspended.

Cycling’s Giro d’Italia, the first Grand Tour of the season which was due to start in Budapest on May 9, has been postponed.

After two days of shutdowns and cancellations the sporting cupboard for the next two months looks bare.

On Thursday, the big American sports leagues — including the NHL, MLS and Major League Baseball — were suspended, the ATP men’s tennis tour was shut down and golf’s Players Championship was abandoned after one round.

Two members of the Utah Jazz NBA team tested positive for COVID-19, and the league suspended the season until further notice on Wednesday.

The postponement of the Masters, won in fairytale fashion by Tiger Woods last year, sent shockwaves through golf although with the PGA Tour suspended until April 5 it was not a surprise.

“Unfortunately, the ever-increasing risks associated with the widespread Coronavirus COVID-19 have led us to a decision that undoubtedly will be disappointing to many, although I am confident is appropriate under these unique circumstances,” Augusta National Chairman Fred Ridley said in a statement.

“We hope this postponement puts us in the best position to safely host the Masters Tournament and our amateur events at some later date.”

Nearly 2,000 people have been infected across the U.S.

Britain’s government on Thursday stopped short of banning mass gatherings of people — but that decision was quickly overtaken by events as the country’s soccer leagues reacted to the fast-moving situation by putting the season on hold.

The Premier League, the richest soccer league in the world, had stood almost alone in not suspending the season, but at an emergency meeting it was decided that the fixtures would stop until April 4 at the earliest.

The English Football League and Women’s Super League are also suspended until April 3 while England’s friendly internationals against Italy and Denmark will not take place. All matches in Scotland were also postponed.

Everton, who were due to play Premier League leaders Liverpool on Monday, said one of their players was self-isolating as a coronavirus precaution.

Spain’s La Liga, Italy’s Serie A and the French Ligue 1 are all on hold and Germany’s Bundesliga followed suit on Friday.

With Europe’s top soccer leagues in limbo, the fate of the this season’s Euro 2020 championship, starting in June and hosted by 12 cities, remains unclear.

Numerous qualifying playoffs are scheduled for the end of March and on Friday the Norwegian Football Federation (NFF) said it did not plan to hold its match against Serbia as most of their squad needed to adhere to the country’s new quarantine provisions.

UEFA will hold an emergency meeting next week to discuss the fate of the tournament.

Despite the spiraling impact of coronavirus, sport’s biggest showpiece, the Olympics, will still go ahead as planned, according to Tokyo organizers.

Responding to comments by U.S. president Donald Trump that they should be delayed for a year, Japan Olympic minister Seiko Hashimoto told reporters: “The IOC and 2020 organizers are not at all considering cancelling or postponing the Games.”

Hours later the torch relay through Greece was canceled after fears that unexpectedly large crowds on the route could spread the coronavirus.

Formula One has now lost its first four races of the season with the first-ever race in Vietnam canceled, along with Bahrain. The Chinese Grand Prix had already been called off and this weekend’s opener in Melbourne was canceled with all the teams already in place.

The start of the lucrative Indian Premier League Twenty20 cricket competition (IPL) has also been postponed until April 15 as a “precautionary measure”, the Indian cricket board (BCCI) said.

Some major sports events are going ahead though.

In Britain the week-long Cheltenham horse racing festival, attracting thousands of fans each day, held its blue-riband Gold Cup on Friday which was won by 10-3 favorite Al Boum.