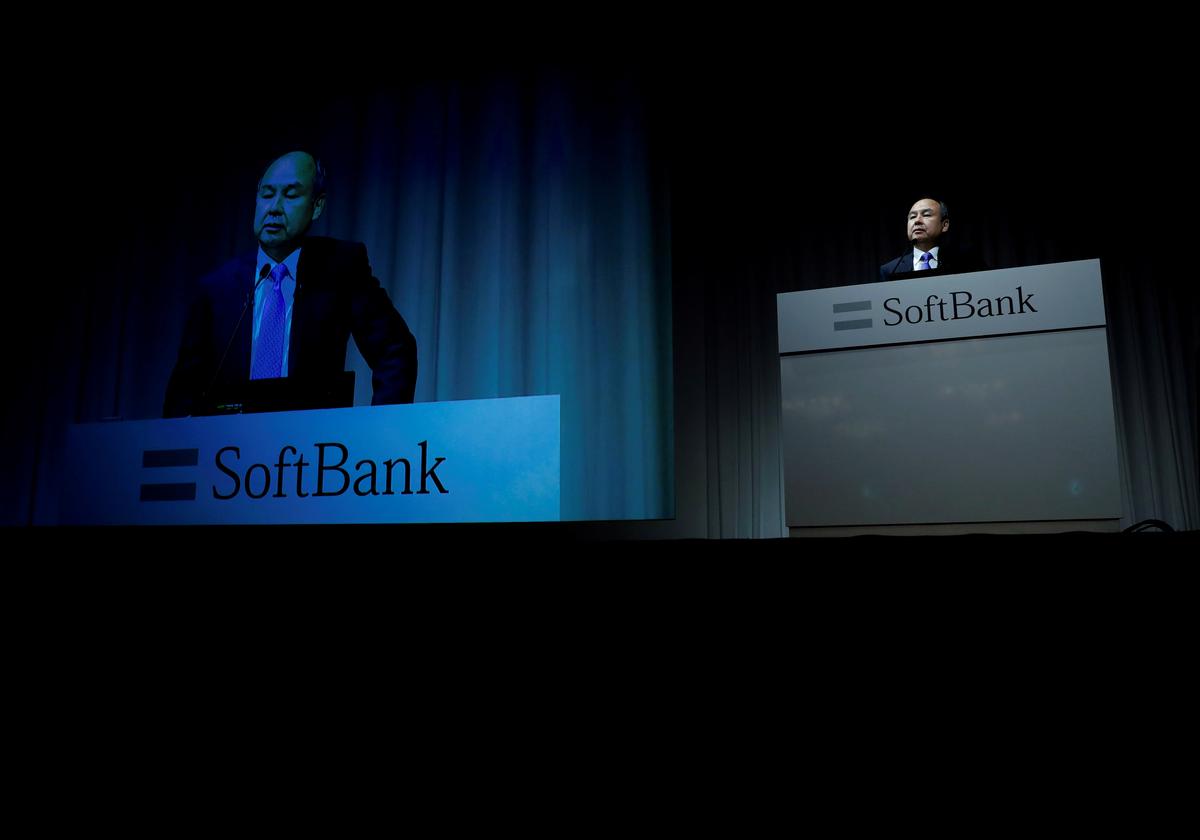 Instead, embarrassed bankers had to slash the offering size and cut its price as investors baulked at a business model seen too reliant on majority owner Ping An Insurance (601318.SS). The IPO valued OneConnect at $3.7 billion, about half its worth last year when SoftBank’s Vision Fund invested $100 million, and its stock finished flat in its debut on Friday.

OneConnect Financial Technology (OCFT.N) is just one of many China bets placed by the Japanese investment giant or its massive Vision fund which have run into trouble. That’s added to global woes for SoftBank CEO Masayoshi Son, under fire for bad judgment and insufficient due diligence, exemplified by U.S. office-space startup WeWork’s disastrous IPO attempt and subsequent bailout.

In ZhongAn Online P&C Insurance Co Ltd’s (6060.HK) 2017 IPO, for example, SoftBank ploughed in $550 million as a cornerstone investor. But the deal was seen by some investors as way over-valued and now trades at about half its IPO price.

Its unlisted portfolio has also had problems. The Vision Fund in February invested $1.5 billion in Guazi.com, valuing the second-hand car dealing platform at more than $9 billion.

But a $500 million funding round for Guazi.com in the first half of the year failed to get off the ground, people with knowledge of the fundraising said.

The people, who were not authorized to speak to media and declined to be identified, said potential investors thought it was too pricey and were put off by its lack of profits in a sector where sales have been declining.

Guazi.com said in a statement that talks for new funds were advanced, investors included the Vision Fund and other top international investment institutions and that it expected to be profitable in the fourth quarter.

In fairness to SoftBank, many China IPOs have stumbled, hurt by a sharp slowdown in economic growth and trade tensions with the United States.

But investors and some bankers looking at China-related deals say SoftBank’s involvement, once a sign of promising prospects, was now viewed as a red flag that a company was likely over-valued.

“SoftBank has become a signal that the market has peaked,” said one person involved in the OneConnect IPO.

SoftBank declined to comment on its investments in Chinese companies for this article.

Other big bets like TikTok owner ByteDance and artificial intelligence firm Sensetime are threatened by the fallout from the U.S.-China trade conflict. The Vision Fund has invested roughly $1 billion in both, sources have said.

ByteDance is entangled in a U.S. national security review over how it handles U.S. customer data.

Sensetime in October was added to the U.S. “entity list” which bars it from buying U.S. components without U.S. government approval, over its alleged involvement in human rights abuses in China’s Xinjiang.

Sensetime has countered it abides by all relevant laws of jurisdictions in which its operates and that it has been actively developing an AI code of ethics.

Ride-hailing company Didi Chuxing, one of SoftBank’s biggest China bets with $11.8 billion invested, appeared to have a bright future after U.S. rival Uber (UBER.N) traded its China business for a stake in Didi.

But the rape and a murder of a Didi passenger by her driver has dented the company’s image, and its IPO timetable remains unclear after Uber valuations slid.

The Vision Fund opened a China office this year led by former Silver Lake managing director Eric Chen. Two sources familiar with the operation told Reuters that the pace of hiring for the China team has been slow, though SoftBank says the team has grown a lot since March to include about 20 investment professionals.

One source said Chen had scaled back the size of the deals he was looking at, now focusing on investments of around $50 million compared to those of $200 million-$300 million.

It’s all a far cry from just two years ago, when SoftBank and the Vision Fund were ramping up. Son had made a killing with an early investment in Alibaba (BABA.N) – a stake now worth $140 billion – and the China tech business was booming.

Then, Son’s penchant for splashy checks to help startups grow fast and quickly vanquish rivals was in full force – as evidenced by a meeting with Chinese online medical platform Ping An Good Doctor (1833.HK) in late 2017 to discuss pre-IPO fundraising.

“How much do you want to raise in the pre-IPO round and via IPO? “ Son asked Good Doctor’s CEO Wang Tao, according to sources.

Wang told him it would be $300 million and $1 billion respectively.

“How about I give you $1 billion and you drop the listing plans?” Son said.

Wang later decided not to take him up on the $1 billion, receiving instead $400 million from the Vision Fund in a pre-IPO round before listing in Hong Kong last year.

In contrast to some of SoftBank’s other China investments, its stock has made progress after a rocky start, however, climbing and mostly staying above its IPO price since October.

Prepare to study in Canada
Study permit: Who can apply
How Do I Get In The Canada Express Entry Pool?
Canada Has 3 Of The Most Livable Cities In The World
Temporary Workers, International Students More And More Important To Canada
Canada Express Entry 6-Month Review: Slow First Half of 2022, With All Eyes On Return Of All-Program Draws
Roe vs Wade: How Disenfranchised Americans Can Immigrate to Canada