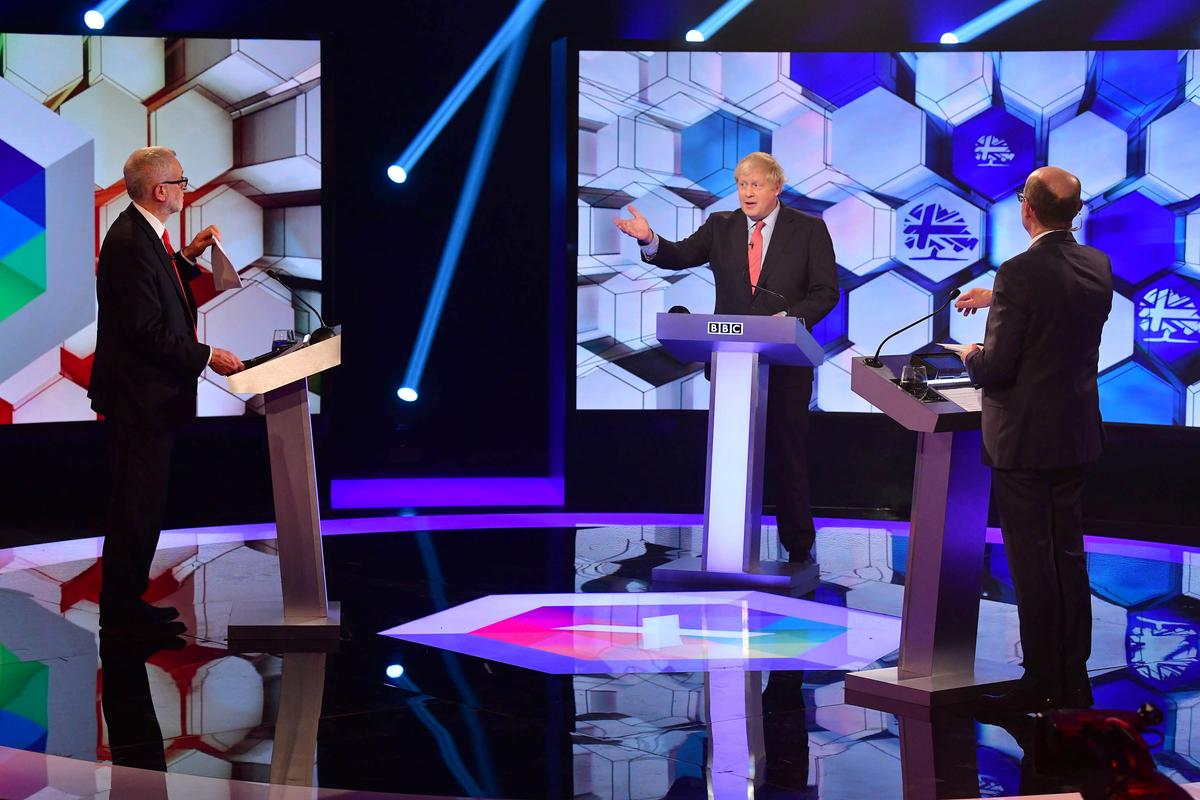 Britain’s Prime Minister Boris Johnson and opposition Labour Party leader Jeremy Corbyn face each other in a head-to-head debate on the BBC in London, Britain December 6, 2019. Jeff Overs/BBC/Handout via REUTERS

A total of 52% of respondents in the poll conducted by YouGov said Johnson performed best overall compared with 48% who said Corbyn was the winner.