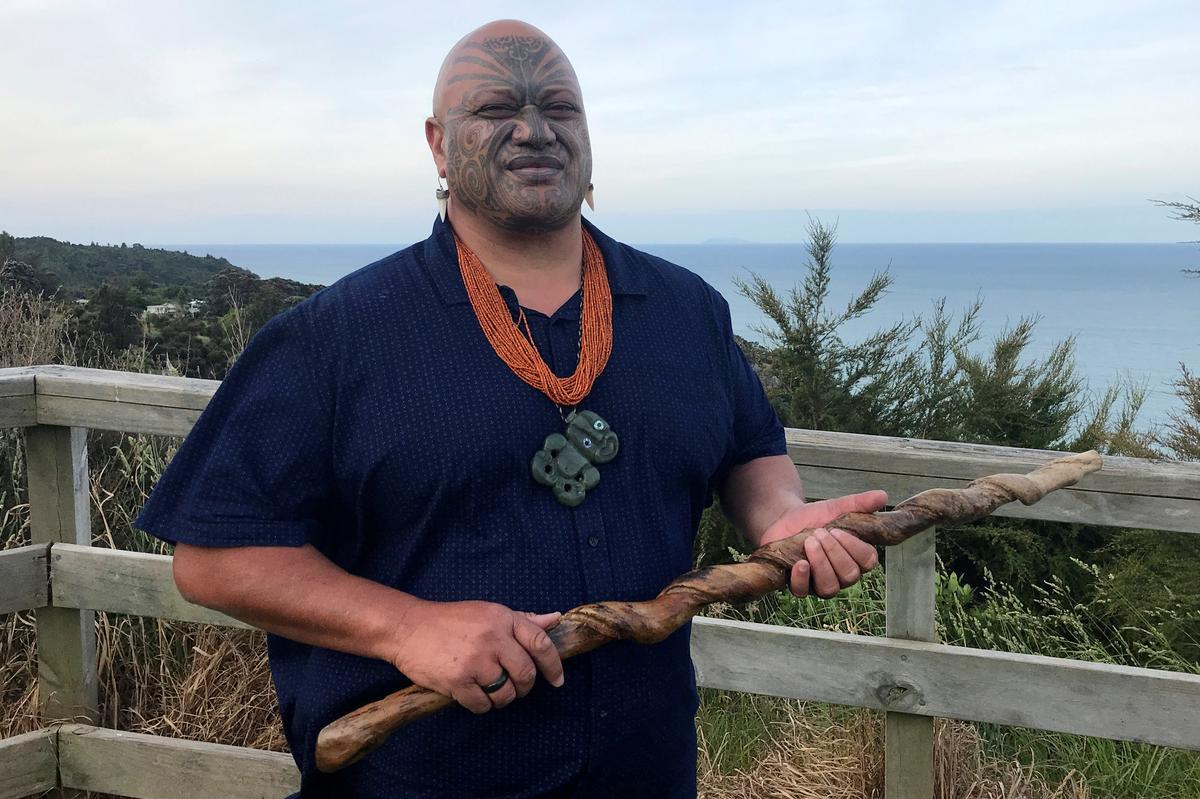 WHAKATANE, New Zealand (Reuters) – Pouroto Ngaropo, standing on an ancient settlement site overlooking the island of Whakaari, recites his ancestry back thousands of years, back to the volcano which erupted there on Monday.

“Whakaari is my connection to the ocean, to the land, and to the environment around me … we are one and she’s our ancestor,” said the 51-year old Māori spiritual leader whose genealogy is depicted in the tattoo art known as a ‘tā moko’ adorning his face.

The volcano island off New Zealand’s North Island holds deep spiritual significance for his iwi or tribe, Ngāti Awa, which also own the company that ran tours there before the eruption.

Two of their boats were out on Monday; one made it back with the help of rescuers but the other did not. Overall, eight people – both tourists and locals – are still missing, presumed dead with six more confirmed fatalities and more than 30 injured.

The morning after the eruption, Ngaropo went out with two others at 4 a.m. – the time when he says the connection with the spiritual world is strongest.

He uttered a special prayer that places a prohibition, known as a rāhui, barring anyone save rescuers from visiting the island or fishing near the shores of the bay.

“We can’t because Whakaari is in a state of mourning, her descendants have passed on and they’re lying dead, still there on the island. The rāhui protects all of those things, it protects their spiritual right to have a proper burial ceremony,” he said.

“THINGS ARE GOING TO CHANGE”

The spiritual and cultural restrictions will last until all remains had been returned to families, Ngaropo said. When that happens, he will go out again, early in the morning, to lift the prohibition.

Even after it ends, many questions lie ahead for Ngāti Awa and their community in Whakatane, a town on the mainland, looking out over the Bay of Plenty to Whakaari, also known as White Island. Some are questioning whether tours – the economic lifeblood of the small community – should ever restart.

Ngaropo hopes that the island will be returned to his iwi with input from tribal authorities in the area so they can collectively decide its future and foster their spiritual connection with the volcano.

A spokesman for the Buttle family, listed as the legal owners of the island, declined to comment.

A court first ruled the island was privately owned early in New Zealand’s colonial history in 1867. But a report to a tribunal more recently said Ngāti Awa and other tribes had interests in the land and had probably not been able to express their concerns over its ownership to the court at the time.

For Ngaropo, Whakaari – which means to reveal or show – was giving the world a warning, passing on a message from the spiritual to the physical realm.

The eruption, he said, was a reminder of the power of nature and humans’ connection with it.

Prepare to study in Canada
Study permit: Who can apply
Roe vs Wade: How Disenfranchised Americans Can Immigrate to Canada
How Do I Get In The Canada Express Entry Pool?
Spike in Canadian Immigration Due to New US Abortion Restrictions
Temporary Workers, International Students More And More Important To Canada
Canada Immigration Drives Fastest First Quarter Population Growth For 30 Years