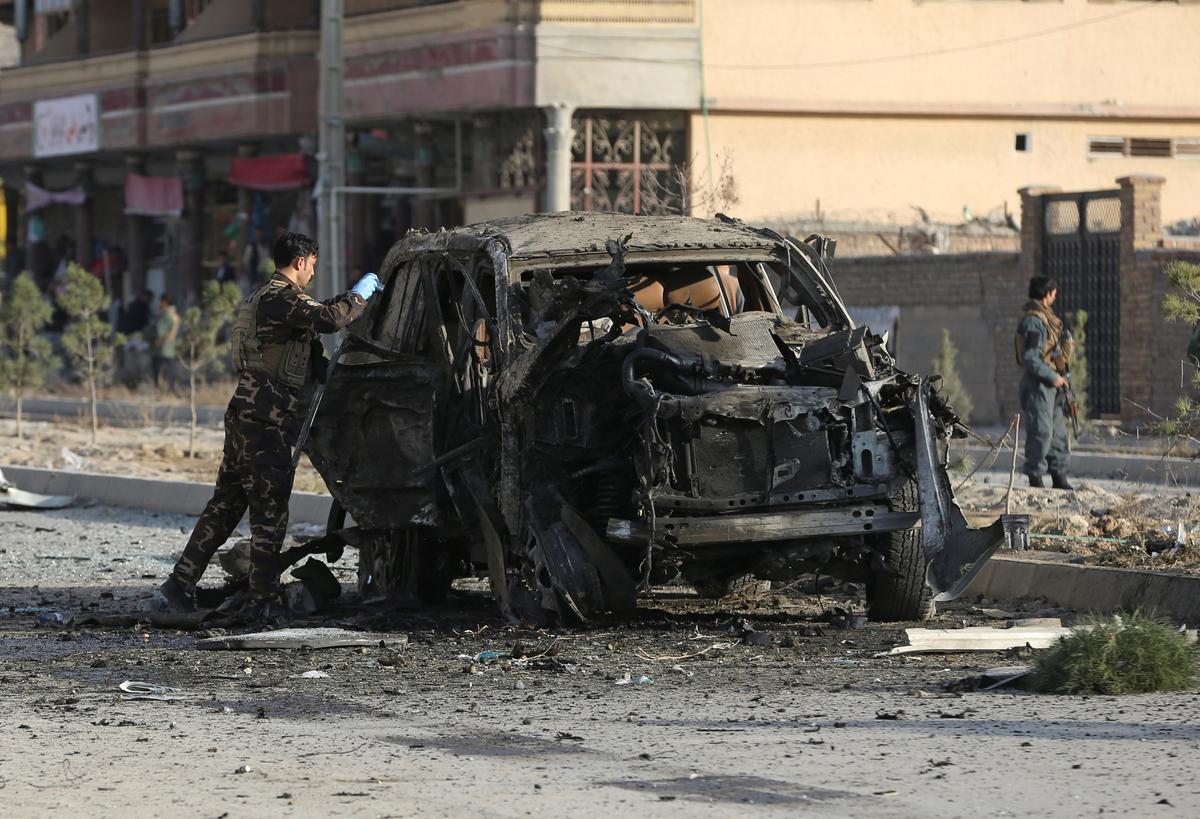 A member of the Afghan security forces inspects the site of a suicide blast in Kabul, Afghanistan November 13, 2019. REUTERS/Omar Sobhani

KABUL (Reuters) – Seven people were killed and seven injured on Wednesday after a car bomb explosion near the interior ministry in the Afghan capital of Kabul, a government spokesman said.

There was no immediate claim of responsibility for the attack.

It came a day after two Taliban commanders and a leader of the Haqqani militant group were released in exchange for two professors, an American and an Australian, in a development some analysts had hoped could defuse violence in Afghanistan.