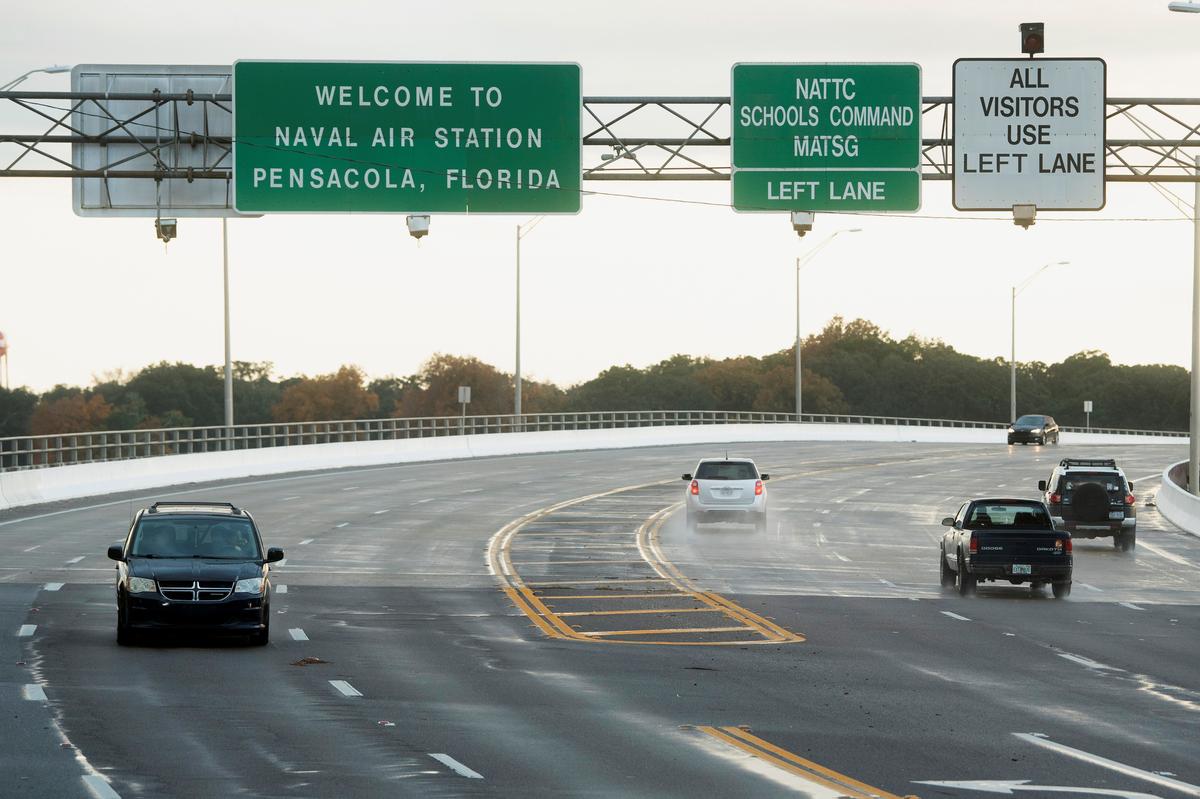 (Reuters) – A member of the Saudi Air Force visiting the United States for military training is the suspect in a shooting that killed four people and injured eight at a U.S. Navy base in Florida on Friday, the state governor and other officials said.

The shooter was armed with a handgun and was killed by sheriff’s deputies responding to the dawn incident at Naval Air Station Pensacola, the Navy and local sheriff’s office said, the second deadly shooting at a U.S. military installation this week.

Florida Governor Ron DeSantis said the suspect was a Saudi national attending training at the base as part of long-standing Navy program open to U.S. allies.

“The government of Saudi Arabia needs to make things better for these victims. They are going to owe a debt here, given that this was one of their individuals,” DeSantis said at a news conference.

“The King said that the Saudi people are greatly angered by the barbaric actions of the shooter,” Trump wrote on Twitter.

In a statement, Salman condemned the shooting and said Saudi security services were working with U.S. agencies to uncover the cause.

“The perpetrator of this heinous crime does not represent the Saudi people, who count the American people as friends and allies,” Salman said.

The FBI said it was the lead investigative agency on the incident, which played out over two floors in a classroom building at a base whose main function is training.

The first reports of an “active shooter” on the base reached the Escambia County sheriff’s office at about 6:51 a.m. and a few minutes later a sheriff’s deputy fatally shot the suspect in a classroom on the base, Sheriff David Morgan said.

The suspected shooter was Second Lieutenant Mohammed Saeed Alshamrani, according to two U.S. officials familiar with the case who spoke on condition of anonymity.

Traffic on and off base is restricted after a member of the Saudi Air Force visiting the United States for military training was the suspect in a shooting at Naval Air Station Pensacola, in Pensacola, Florida, U.S. December 6, 2019. REUTERS/Michael Spooneybarger

In recent weeks, 18 naval aviators and two aircrew members from the Royal Saudi Naval Forces were training with the U.S. Navy, including a stint at Pensacola, according to a Navy press release. It was not clear if the suspected shooter was part of that delegation.

The group came under a Navy program that offers training to U.S. allies. A person familiar with the program said Saudi Air Force officers selected for military training in the United States are intensely vetted by both countries.

The Saudi personnel are “hand-picked” by their military and often come from elite families, the person said, speaking on condition of anonymity because they did not have permission to speak to a reporter.

A son of Saudi’s King Salman, Khalid bin Salman, condemned Friday’s “tragic event” and said on Twitter that, like many of his compatriots, he used the training given to him by the U.S. military to fight “side by side” with U.S. allies against terrorism and other threats.

Two sheriff’s deputies were injured, one shot in the arm, the other in the knee, but both were expected to survive, officials said at the news conference.

The Pensacola base, near Florida’s border with Alabama, is a major training site for the Navy and employs about 16,000 military and 7,400 civilian personnel, according to its website.

U.S. Defense Secretary Mark Esper said in a statement he was considering several steps to ensure the security of military installations after the shootings. He did not elaborate.

Military personnel are normally restricted from carrying weapons on U.S. bases unless they are part of their daily duties. Nonetheless bases have seen deadly mass shootings before, including one in Ford Hood, Texas, in 2009 that left 13 dead and one at the Washington Navy Yard in 2013 that killed 12.

On Wednesday, a sailor shot three civilians at the historic Pearl Harbor military base in Hawaii, killing two of them before taking his own life.