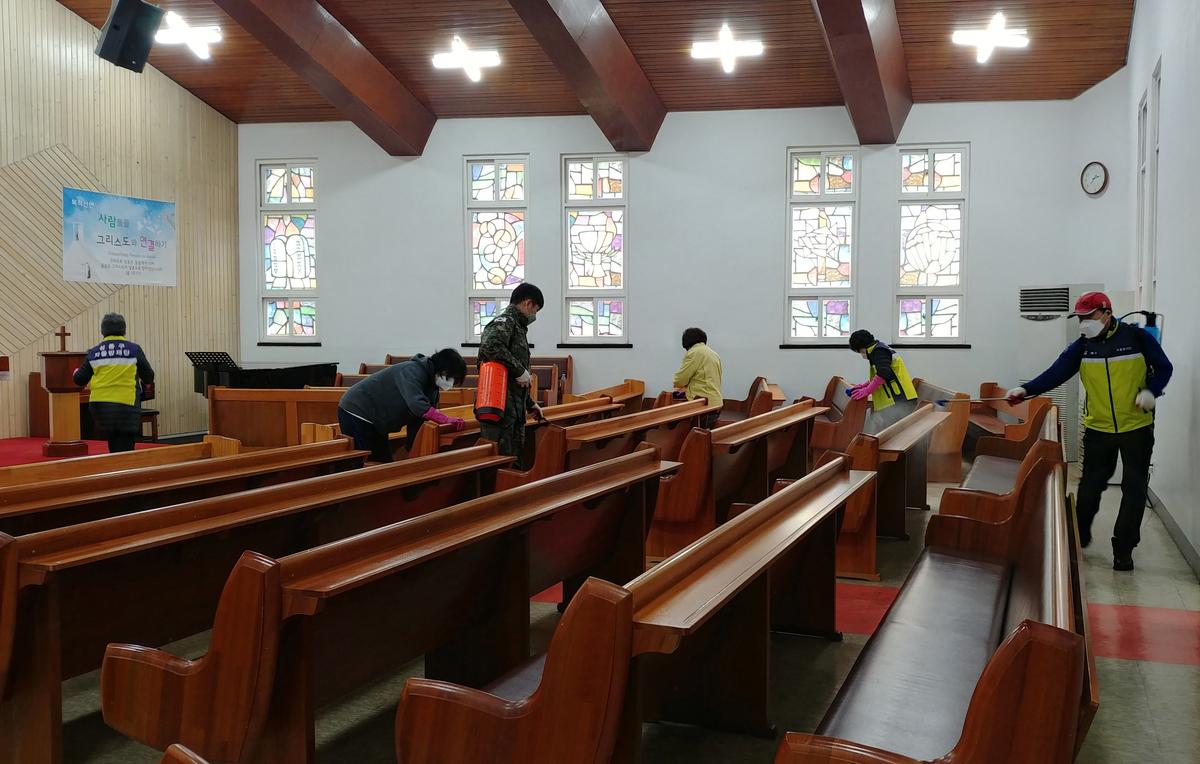 Residents sanitize at a church in Seoul, South Korea, February 22, 2020. Yonhap via REUTERS

SEOUL (Reuters) – Samsung Electronics (005930.KS) said on Saturday that one coronavirus case had been confirmed at its mobile device factory complex in the southeastern city of Gumi, causing a shutdown of its entire facility there until Monday morning.

Samsung Electronics, the world’s top smartphone maker, said the floor where the infected employee worked would be shut down until the morning of Feb. 25.

“The company has placed colleagues who came in contact with the infected employee in self-quarantine and taken steps to have them tested for possible infection,” Samsung said in a news release.

Samsung’s factory in Gumi accounts for a small portion of its total smartphone production, and it makes high-end phones, mostly for the domestic market. Samsung produces most of its smartphones in Vietnam and India.

Gumi is close to the city of Daegu, home to a church at the center of South Korea’s largest coronavirus outbreak.

South Korea said on Saturday that the number of people infected with the coronavirus in the country had more than doubled to 433.

Samsung said production at its chip and display factories in other parts of South Korea would not be affected.