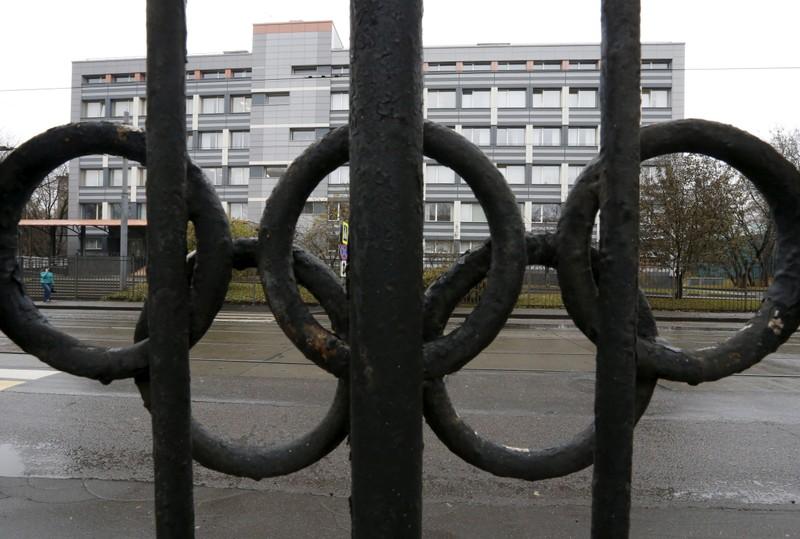 FILE PHOTO: A view through a fence decorated with the Olympic rings shows a building of the federal state budgetary institution which houses a laboratory accredited by the World Anti-Doping Agency (WADA), in Moscow, Russia on November 11, 2015. REUTERS/Sergei Karpukhin

MOSCOW (Reuters) – Russia will fully cooperate with the World Anti-Doping Agency (WADA) and international sports authorities after a WADA committee recommended imposing a four-year Olympic ban on the country, the Kremlin said on Wednesday.

The WADA committee recommended this week that Russia be banned from the Olympics and world championships in a wide range of sports for four years after Moscow was found to have provided the agency with doctored laboratory data.

The committee’s recommendations will be put to WADA’s executive committee in Paris on Dec. 9.

“The Russian authorities have been, are, and will be highly open to cooperation with the international sports community as well as with WADA,” Kremlin spokesman Dmitry Peskov told reporters on a conference call.

Russian sports officials on Tuesday spoke out against the committee’s recommendations, saying they were overly harsh and would hurt sport there.

Prepare to study in Canada
Study permit: Who can apply
US Plans to Lift Covid Emergency Declarations May 2023
Manitoba PNP Draw: Province Invites 336 Canada Immigration Candidates
Ontario Targets 53 Tech and Health Occupations In New PNP Draw
Aircraft Assemblers Can Now Immigrate To Canada Through Express Entry
How You Could Immigrate To Canada Through The Start-Up Visa In 2023