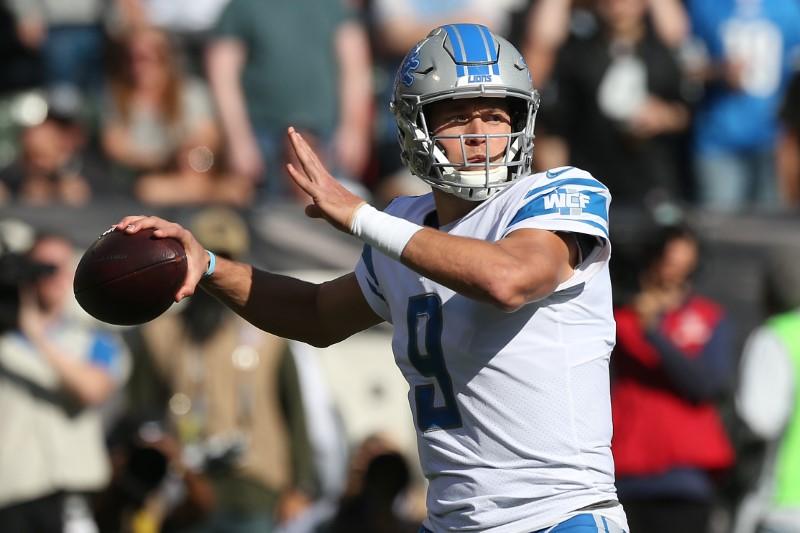 Matthew Stafford was scratched with a back injury by the Detroit Lions before Sunday’s game at Chicago, and the NFL reportedly is looking into when the team knew its quarterback wouldn’t be able to go against the Bears.

Stafford was hurt late in the Week 9 loss to the Oakland Raiders, according to general manager Bob Quinn, and the Lions did list Stafford as limited throughout the week on the official injury report.

But several players said the team disclosed on Saturday that Stafford wouldn’t play. No official status update was given until Stafford was ruled inactive 90 minutes before kickoff at Soldier Field.

It is common for the NFL to investigate injury matters related to the official injury report and designations that might be viewed as suspicious. Questionable means the team gives the player a 50-50 chance to play in the game. Doubtful equates to a 25 percent chance.

“I’m not going to get into too many specifics but he truly was limited. Participated but truly limited through the week and we were hoping by the time we got to today that we were going to be able to do it,” Lions coach Matt Patricia said on Sunday. “And like I said, it just wasn’t safe to put him in that situation. So the information that we got, talking with the doctors, it wasn’t the right thing to do. Again, I’m more concerned about him more than anything else. He’s got a great family. He’s a great guy.

“So for us, that was a decision that we made and we moved forward and the team, you know, they moved forward with the decision and I think a lot of those guys were trying to fight and do everything they could because they know how tough he is and they know how much it means to him and I think they were trying to do everything we could for him. That’s it.”

Jeff Driskel started at quarterback and said Sunday he learned only a few hours before kickoff that he would replace Stafford.

The Bears beat the Lions 20-13. Driskel threw for 269 yards with one touchdown and one interception.

Prepare to study in Canada
Study permit: Who can apply
Ontario Targets 53 Tech and Health Occupations In New PNP Draw
Pharmacy Assistants Can Now Immigrate To Canada Through Express Entry
How You Could Immigrate To Canada Through The Start-Up Visa In 2023
Canadian Passport’s Power Gains One Point On Index
Ontario Invites 10 Canada Immigration Candidates In New Entrepreneur Draw