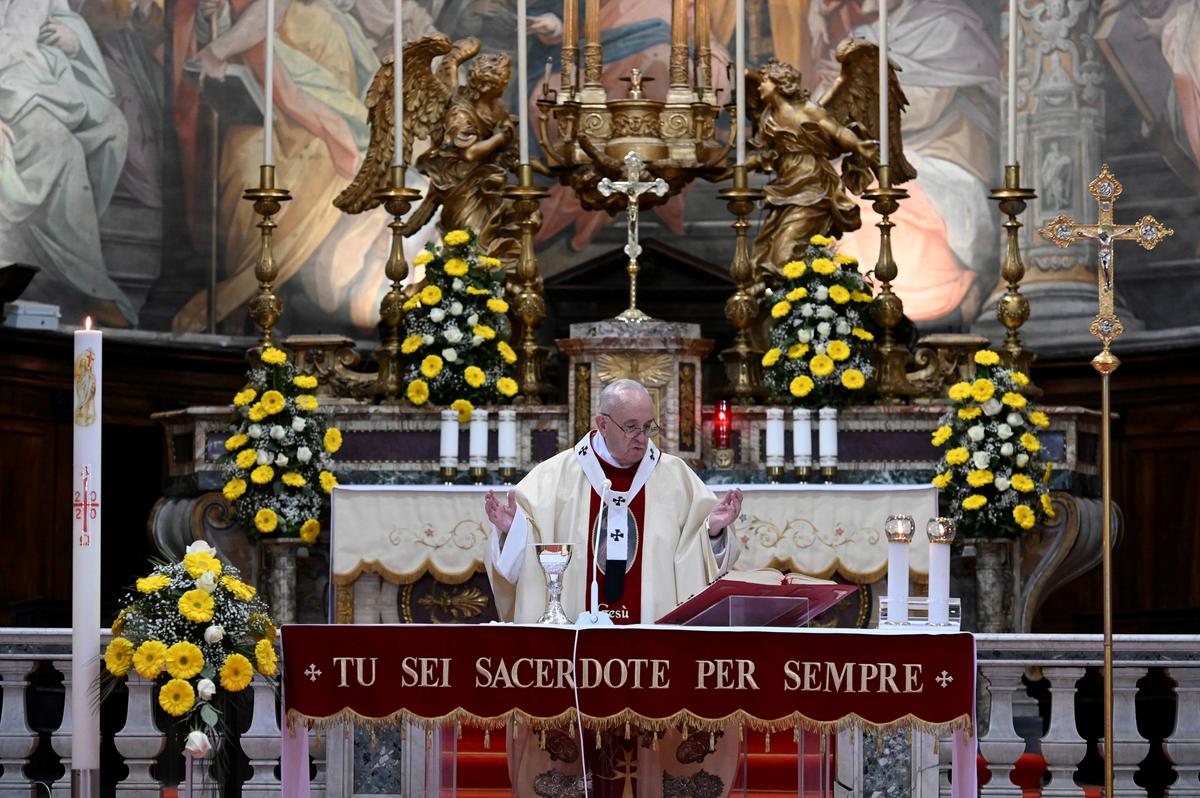 ROME (Reuters) – Pope Francis called on Sunday for an all-embracing vision of the world after the Covid-19 crisis, saying moving on without global solidarity or excluding sectors of society from the recovery would result in “an even worse virus”.

Pope Francis leads Mass and the Regina Coeli prayer in Rome’s Santo Spirito in Sassia church without public participation due to an outbreak of the coronavirus (COVID-19) disease, in Rome, Italy, April 19, 2020. Vatican Media/­Handout via REUTERS

The pope left the Vatican for the first time in more than a month to say Mass in an almost empty church a few blocks away to mark Divine Mercy Sunday.

In his homily at the Mass, as well as in his traditional Sunday message afterwards, Francis said the recovery could not leave anyone behind and that now was the time to heal injustice around the world because it undermined the health of the entire human family.

“Now, while we are looking forward to a slow and arduous recovery from the pandemic, there is a danger that we will forget those who are left behind,” Francis said in his homily in the church of Santo Spirito in Sassia, chosen because it is also known as the Sanctuary of Divine Mercy.

“The risk is that we may then be struck by an even worse virus, that of selfish indifference. A virus spread by the

thought that life is better if it is better for me, and that everything will be fine if it is fine for me,” he said.

Francis, who last ventured into a deserted Rome on March 15 to pray at two shrines for the end of the pandemic, said the recovery should not sacrifice “those left behind on the altar of progress”, particularly the poor.

More than 23,000 people have died from the novel coronavirus in Italy and the Vatican has mirrored the nearly six-week-old lockdown in the country, forcing the pope to hold all his Masses and general audiences without the public.

In his homily, Francis said the pandemic “reminds us that there are no differences or borders between those who suffer”.

In his noon message immediately after the Mass, he called for “just sharing among nations and their institutions in order to confront the current crisis in a manner marked by solidarity”.