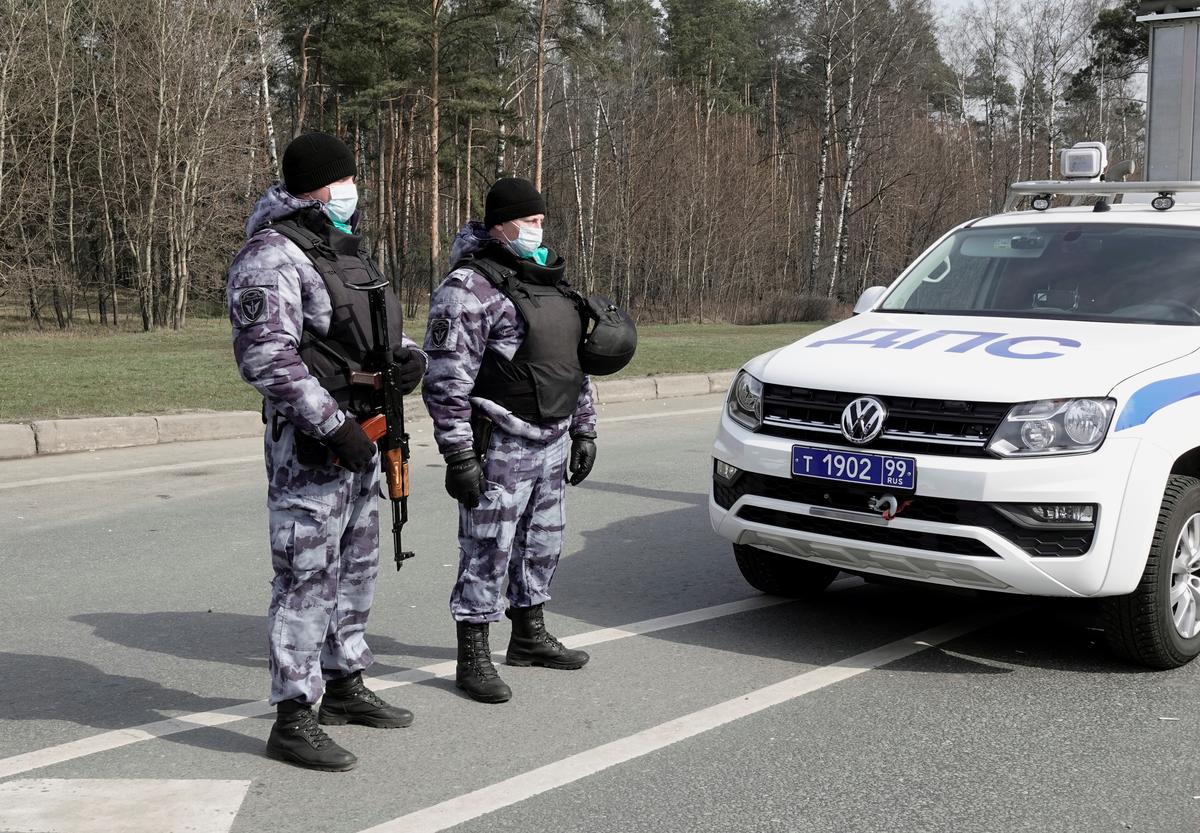 MOSCOW (Reuters) – President Vladimir Putin said on Monday Russia might need to call in the army to help tackle the coronavirus crisis and warned the contagion was getting worse after the number of confirmed cases rose by a record daily amount.

Russia reported 2,558 new cases on Monday, bringing the overall nationwide tally to 18,328. Eighteen people diagnosed with the virus died overnight, pushing the death toll to 148. Though rising, the number of deaths remains much lower for now than countries such as the United States and Italy.

Moscow, the worst-hit area, and several other regions have imposed a lockdown, ordering residents to stay at home except to buy food, seek urgent medical treatment, take out the rubbish, or go to work if absolutely necessary.

Putin told officials at a televised meeting held by video link to consider using the army to help tackle the crisis, noting how it had sent doctors and medical equipment to Italy and Serbia in recent weeks to help.

A similar move to send medical aid to the United States angered the Kremlin’s critics, who cast it as a publicity stunt that squandered precious resources lacking in Russia’s own regions, though the Kremlin denied that and said Moscow could now expect help from the United States in the future.

“You need to use this experience, of course, and bear in mind that all these options, including the options of the defence ministry, if needed, can and should be involved here,” Putin said.

Putin told officials that the resources displayed by the army were “only a fraction of what the defence ministry has” and that “the main reserves are still in reserve, so you need to keep this in mind”.

Separately, the city of Moscow on Monday launched a new website ahead of a permit system it wants to start working on Wednesday under which residents will have to seek permission before using public transport or their owns cars or other vehicles.

But the site was only intermittently available on Monday morning, a failure authorities blamed on malicious hacking attacks, some of which they said originated from abroad.

Moscow’s crisis response centre said authorities had nonetheless managed to issue almost 700,000 permits for people to use private or public transport to get to work.