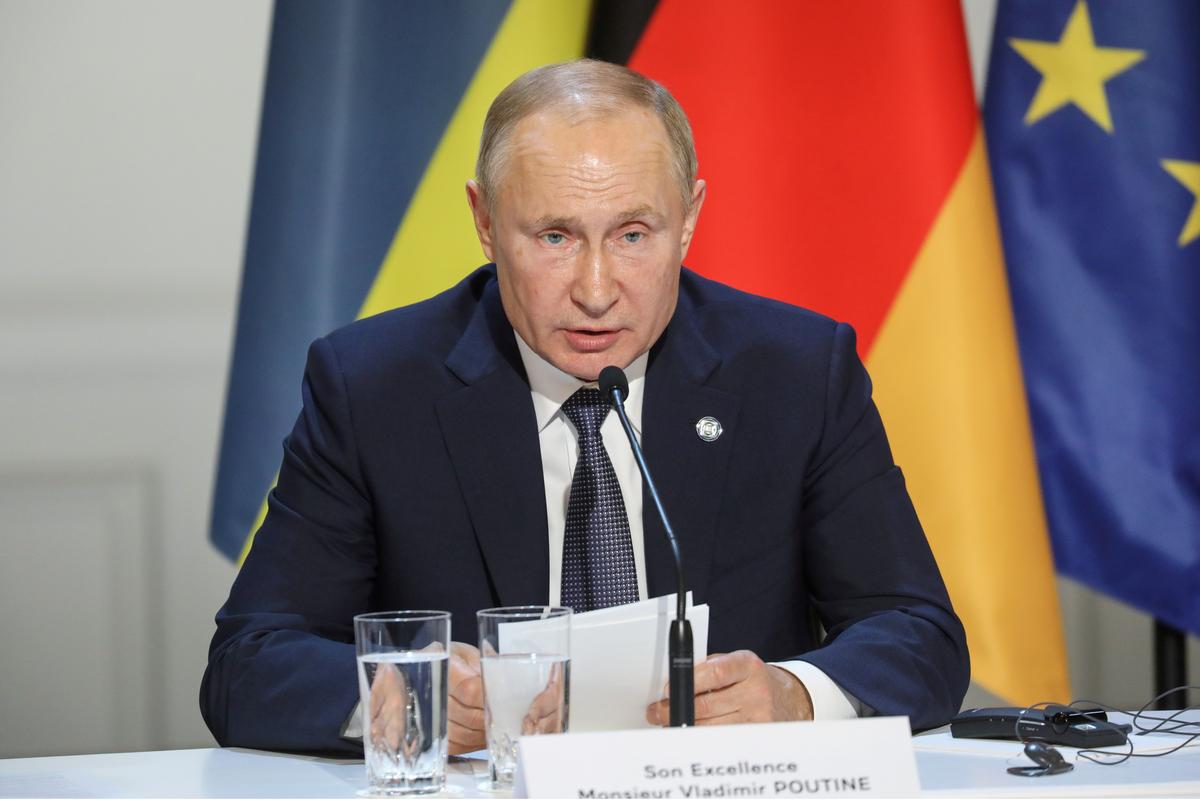 Russian President Vladimir Putin gives a joint press conference after a summit on Ukraine at the Elysee Palace in Paris, December 9, 2019. Ludovic Marin/Pool via REUTERS

Russia was banned from the world’s top sporting events for four years earlier on Monday, including the next summer and winter Olympics and the 2022 soccer World Cup, for tampering with doping tests.