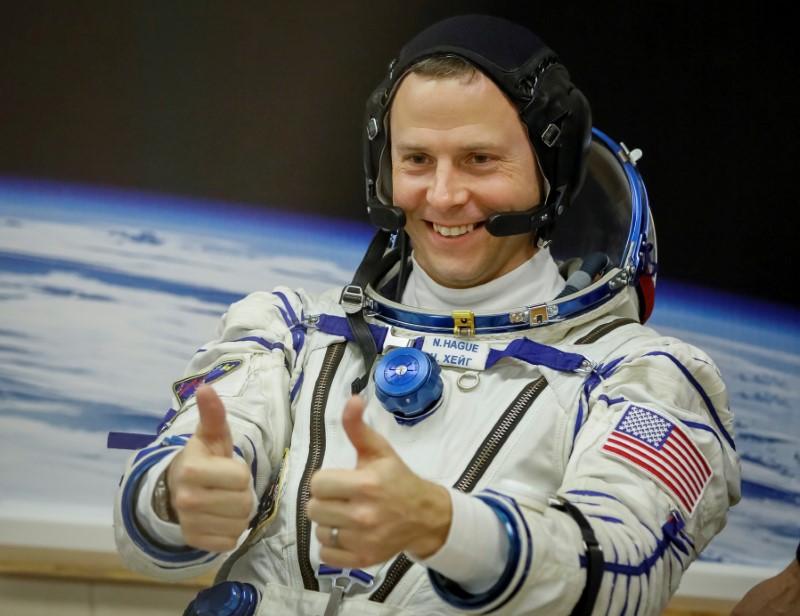 A Russian Soyuz rocket bound for the International Space Station malfunctioned two minutes after liftoff on Oct. 11, 2018, forcing its two-man crew of Hague and Russian cosmonaut Alexei Ovchinin to make an emergency landing.

They landed unscathed in the Kazakh steppe after plunging 31 miles (50 km) in a capsule with parachutes slowing their descent.

Almost a year after the accident, Putin awarded Hague the Order of Courage, according to a decree published on a government portal, noting the professionalism he had shown during the rocket failure.

It was not immediately clear whether or when Hague would receive his award at a ceremony.

Russian investigators have said the rocket failure was caused by a sensor that was damaged during assembly at the Soviet-era cosmodrome at Baikonur.

Hague last week returned to Earth having successfully made it to the International Space Station in a repeat launch in March this year.

Prepare to study in Canada
Study permit: Who can apply
Canada Governments Urged To Encourage Immigration To Smaller Communities
Express Entry Now Allows Estheticians To Immigrate To Canada
Here Are The Top 15 Jobs In Canada For 2023
Prince Edward Island Issues 223 Canada Immigration Invitations In First PNP Draw Of 2023
Alberta To Give PNP Preference To Immigrants With Family In Province