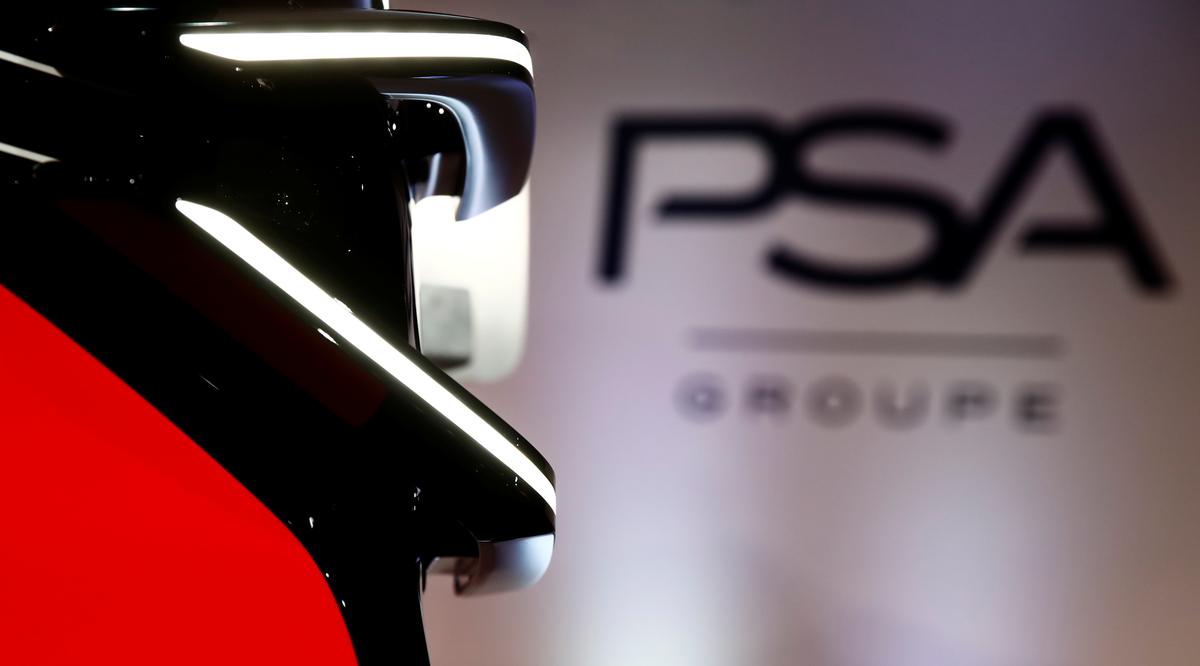 FILE PHOTO: A PSA Group logo is seen behind a car displayed during French carmaker’s news conference as they announce the company’s 2018 results at their headquarters in Rueil-Malmaison, near Paris, France, February 26, 2019. REUTERS/Christian Hartmann

PARIS (Reuters) – Peugeot maker PSA Group said profitability reached fresh highs in 2019, though the French firm underscored a gloomy outlook for car sales in markets like Europe this year as it pursues its merger with Fiat Chrysler (FCHA.MI).

PSA (PEUP.PA), which also produces cars under the Citroen and DS brands, has trimmed costs in areas such as purchasing as it integrated its acquisition of Opel and Vauxhall, boosting operating margins to a record 8.5% last year.

It also offset a slump in vehicle sales by selling pricier SUV models, with launches including the Citroen C5 Aircross helping to lift revenues by a higher-than-expected 1% to 74.7 billion euros ($81.2 billion).

That has helped it stand out in a car market where some rivals including France’s Renault (RENA.PA) have struggled with sliding revenues and profits, amid a broader downturn in demand.

Fiat also posted more upbeat results than most earlier in February. PSA and Fiat struck a deal in December to create the world’s fourth biggest carmaker, in a bid to better cope with a market turmoil and the cost of making less-polluting vehicles.

The two still face headwinds this year, including as the coronavirus outbreak in China paralyses production in the country and hits carmakers’ supply chain, and with PSA forecasting a 3% contraction in Europe’s car market this year.

PSA Financial Chief Philippe de Rovira said the impact of the coronavirus crisis was still difficult to assess. The firm’s factories in Wuhan, at the epicenter of the outbreak, were currently due to reopen in the second week of March, he added.

PSA had already suffered a total 700 million euros in losses and writedowns in China in 2019, where its car sales have tumbled, and where it is exiting a joint venture with China’s Chongqing Changan Automobile (000625.SZ).