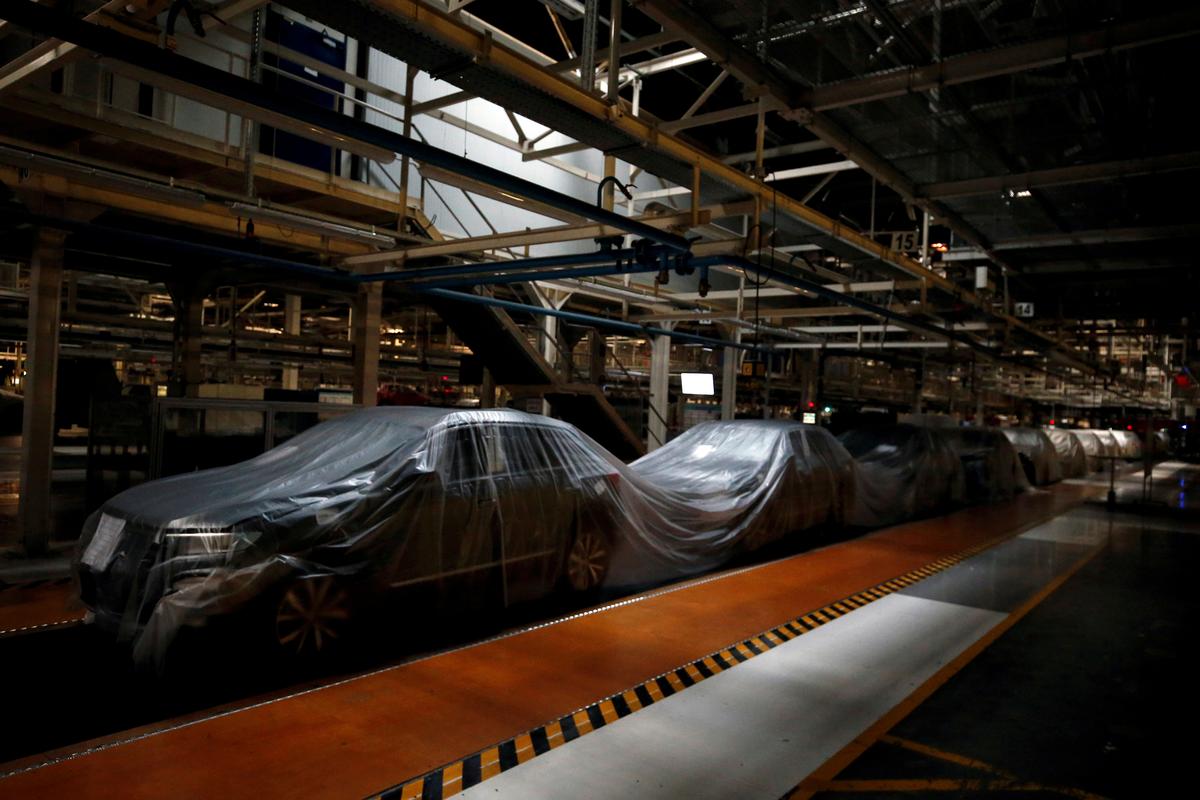 LISBON (Reuters) – Portuguese car component manufacturers, among the country’s top exporters, are calling thousands of employees back to work even before a nationwide COVID-19 lockdown is lifted as Europe’s automotive sector resumes production.

Companies like Bosch (BFREN.IS), Continental Mabor, and Volkswagen’s (VOWG_p.DE) Autoeuropa plant suspended production in March as demand slumped, non-essential businesses were instructed to close and workers stayed at home to care for children after schools closed across the country on March 16.

But with carmakers like Toyota (7203.T) and Volkswagen announcing they will restart production in Europe in the coming week, the export-oriented industry is tiptoeing back to work, even as parliament voted on Thursday to extend the state of emergency in place since March 18 to May 2.

Automaker Bosch, which exports 90% of its output from Portugal to over 50 countries and employs around 5,000 people, has restarted production at all three of its facilities, albeit with just 30% of workers present at its smallest operation in Ovar, a northern municipality badly hit by the outbreak.

Continental Mabor, a tire manufacturing factory also among the country’s biggest exporters, re-opened its production lines on Tuesday, with its 2,300 staff taking turns to work in 15-day rotations.

Volkswagen’s Autoeuropa plant, the country’s top exporter in 2019 employing nearly 6,000 staff, is resuming production in a similar shift pattern on April 27, the company announced on Wednesday, after a month of suspension.

“Clients are slowly restarting production in Europe, and they need parts – so companies are stepping in,” secretary-general of the Association for Producers for the Automobile Industry, Adao Ferreira, told Reuters.

A total of 930,000 workers have been temporarily laid off across the country which has so far reported 18,841 confirmed cases of the novel coronavirus, and 629 deaths.

“Employees are a little apprehensive about it,” Joao Reis, a worker at Autoeuropa, told Reuters. “There’s pressure to get the economy going again, and we know our jobs could be at risk if the company stayed on hold – but we don’t know yet whether the pandemic is really slowing, and that makes some of us nervous.”

Autoeuropa is taking extensive measures to comply with safety regulations, including supplying masks and gloves, ensuring workers keep at safe distance and organising transport to and from the factory, Reis said.

The move represents the beginnings of a return to normality in the export-oriented economy forecast by the IMF to suffer an 8% drop in GDP as a result of the crisis.

As the curve of new infections flattens, the new presidential decree extending the state of emergency by another 15 days opens the possibility of a gradual reopening of services, as long as data continue to show a slow in the spread of the virus.