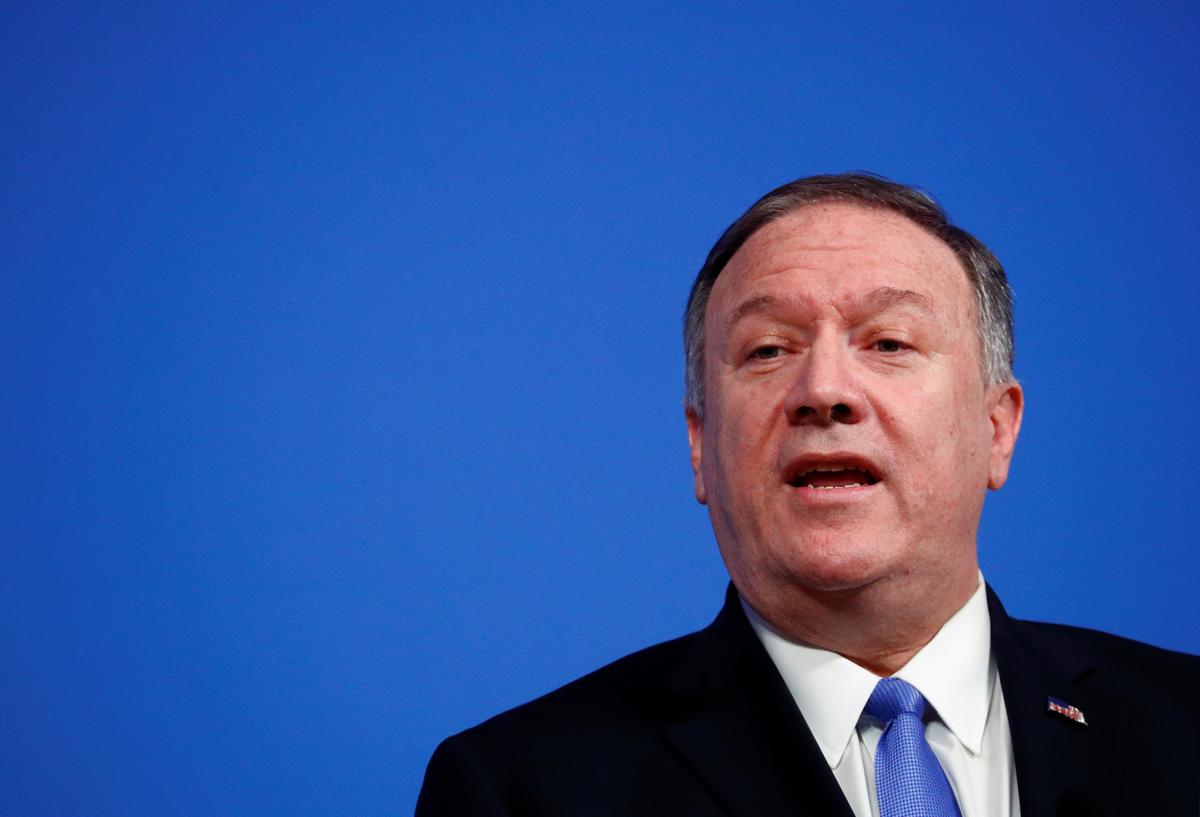 WASHINGTON (Reuters) – U.S. Secretary of State Mike Pompeo on Tuesday suggested that Ukraine should be investigated over allegations that it interfered in the 2016 election, a debunked theory advanced by President Donald Trump that witnesses told the congressional impeachment inquiry was spread by Russian spy agencies.

Pompeo was asked at a news conference if the United States should probe accusations of Ukrainian election meddling that Trump’s fellow Republicans have raised in the Democrat-led U.S. House of Representatives probe into whether Trump abused his power for domestic political gain.

“Any time there is information that indicates that any time any country has messed with American elections, we not only have a right but a duty to make sure that we chase that down,” Pompeo replied without naming Ukraine. He added that even a suggestion of interference should be probed.

Pompeo said that in his first administration post of CIA director, the agency used “every tool of American power” to deal with efforts by many countries and groups to “undermine American democracy.” He did not identify any of those entities.

His comments contrasted with his own endorsement of a 2017 U.S. intelligence community assessment that Russia pursued an influence operation of theft and dissemination of Democratic Party documents, fake news and other means to benefit Trump over his 2016 Democratic foe, Hillary Clinton. Russia denies interfering.

The impeachment inquiry is focused on whether Trump abused his power by pushing Ukraine to probe the interference allegation and unfounded corruption charges against former Vice President Joe Biden in return for a White House meeting with Ukrainian President Volodymyr Zelenskiy and unfreezing U.S. security aid for his country to defend against Moscow-backed separatists.

Biden is a leading candidate for the Democratic nomination to run against Trump in next year’s presidential election.

Witnesses at the House Intelligence Committee hearings have testified that the allegation of Ukrainian election interference was spread by Russia.

“This is a fictional narrative that has been perpetrated and propagated by the Russian security services themselves,” said Fiona Hill, a former U.S. intelligence analyst who served as the top Russia expert at the White House.

She said that Trump’s former homeland security adviser, Tom Bossert, tried to disabuse Trump early in his term of the notion of Ukrainian interference. Bossert in September called it “a completely debunked” conspiracy theory.

Pompeo dodged a question of whether he would testify in the inquiry after Trump tweeted that he would “love” for senior officials to appear.