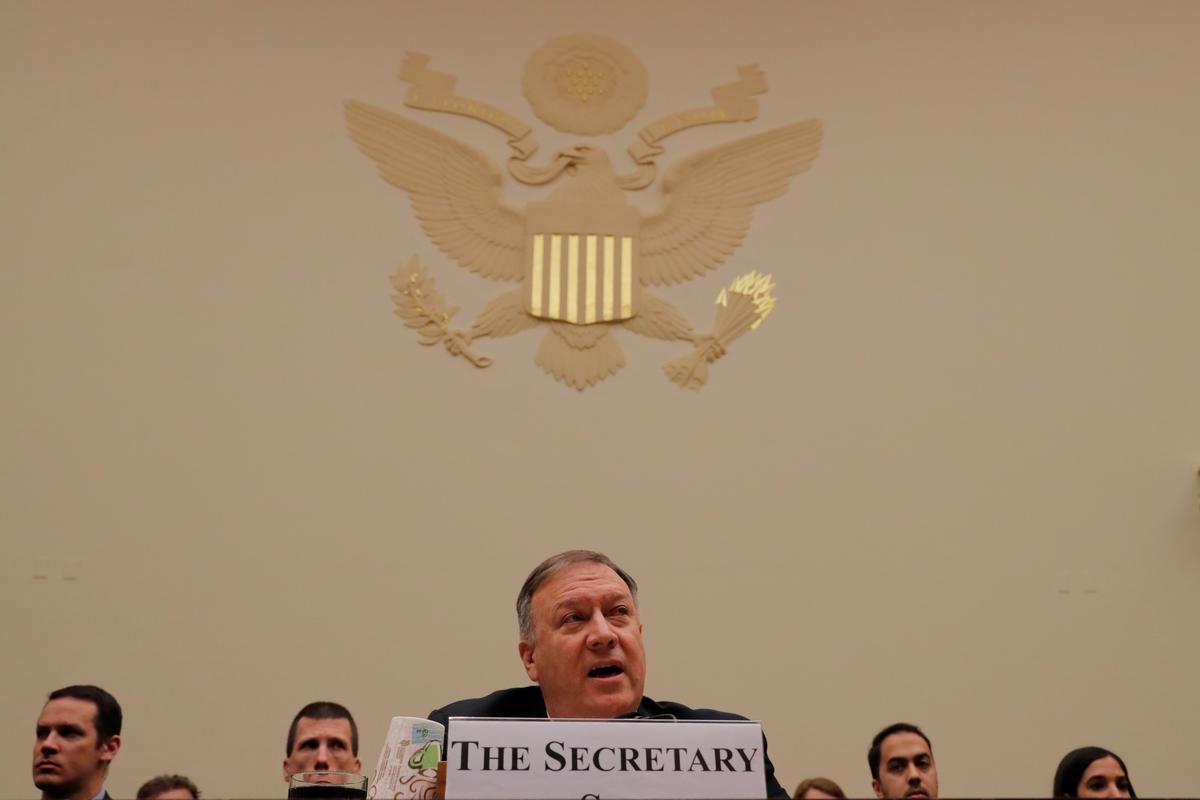 WASHINGTON (Reuters) – The United States has seen a significant reduction in violence in Afghanistan during the past six days, Secretary of State Mike Pompeo said on Friday, one day before Washington hopes to sign a U.S.-Taliban deal on an American troop withdrawal.

Pompeo’s remark suggested that if the lull continues for a full week as intended, it will be possible to sign the pact as part of a wider effort to promote intra-Afghan reconciliation and to end the United States’ longest war.

The U.S.-Taliban agreement would begin a phased withdrawal of American and coalition forces. It would also require the Taliban to initiate a formal dialogue with the Afghan government and other political and civil society groups on a permanent nationwide ceasefire and power sharing in postwar Afghanistan.

There are major obstacles to bringing peace to Afghanistan. U.S. forces invaded the Southwest Asian country in 2001 to topple the Taliban rulers who provided a safe haven in which al Qaeda planned the Sept. 11, 2001, attacks on New York and the Pentagon that killed nearly 3,000 people.

Among these are resolving an election feud between Afghan President Ashraf Ghani and his main political rival, Chief Executive Abdullah Abdullah, both of whom have claimed victory in the disputed Sept. 28 contest.

Beyond that, there is the undecided question of who will form the Afghan team that would negotiate with the Taliban on how to bring the insurgents into the political process and, ultimately, how to share power with the movement.

Pompeo, testifying before the House of Representatives’ Foreign Affairs Committee, also said Washington is watching to see whether neighboring Iran may seek to play a spoiler role in Afghanistan, where the United States has roughly 13,000 service members stationed.

“We have seen just these last six days a significant reduction in violence in Afghanistan,” Pompeo said during a hearing that was to be devoted chiefly to Iran and Iraq but that touched on other topics, including the spread of the coronavirus.

He said there was a history of Iran taking actions inside Afghanistan “to act as a spoiler.”

“We are watching closely to see if the Islamic Republic of Iran begins to take even more active measures, that undermine our efforts at peace and reconciliation in Afghanistan and just as importantly put our American soldiers who are on the ground … at risk as well,” Pompeo added.

President Donald Trump has made the withdrawal of U.S. troops from Afghanistan a major foreign policy objective. An agreement with the Taliban to end the 18-year-old war could boost Trump’s re-election prospects.

The American troops are part of a U.S-led NATO mission that trains and aids Afghan forces and carries out counterterrorism operations to prop up the Kabul government and prevent an al Qaeda resurgence.