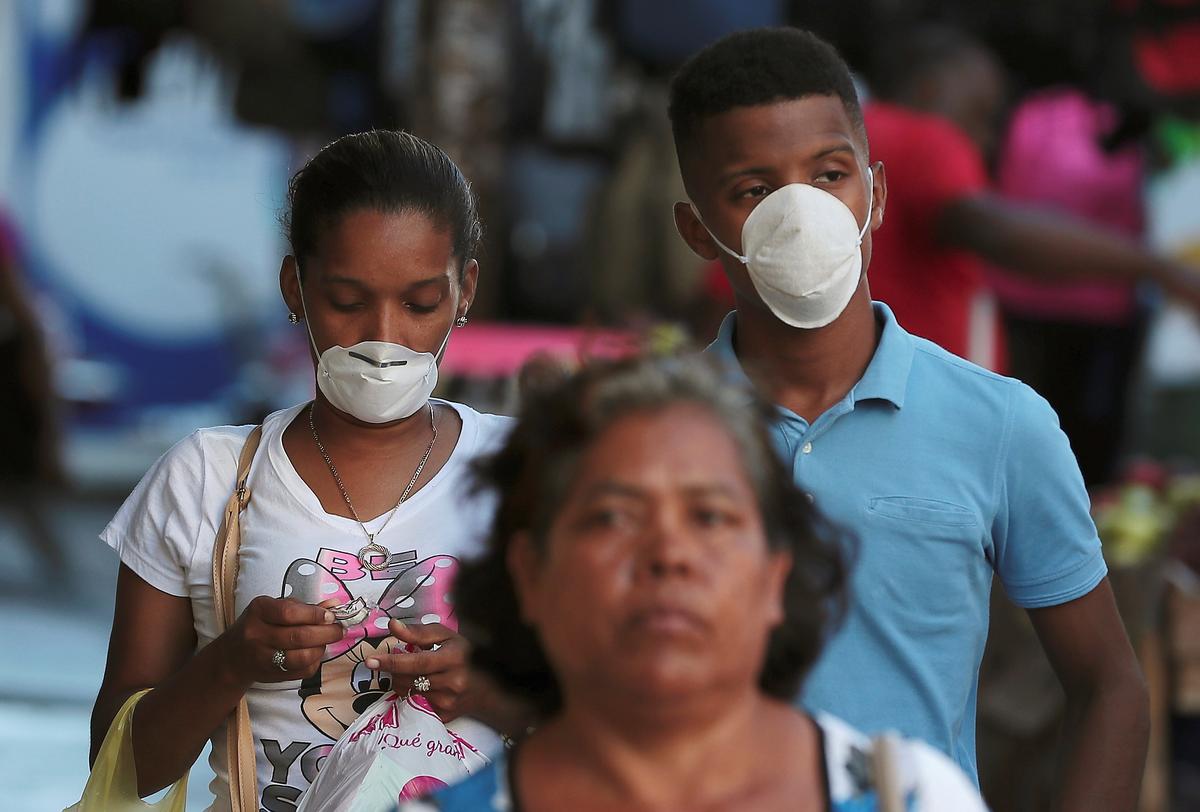 SINGAPORE/WASHINGTON (Reuters) – Governments and central banks readied more emergency measures to tackle the economic impacts of the coronavirus on Friday as Asian markets suffered their worst weekly crashes since the 2008 financial crisis.

Experts warn that due to a lack of testing and unreported cases, many more people may be affected by the outbreak that emerged in the Chinese city of Wuhan late last year.

“There is a sense of fear and panic,” said James Tao, an analyst at stockbroker Commsec in Sydney, where phones at the high-value client desk rang non-stop.

“It’s one of those situations where there is so much uncertainty that no-one quite knows how to respond … if it’s fight or flight, many people are choosing flight at the moment.”

Travelers in Europe rushed to board flights to the United States after U.S. President Donald Trump imposed sweeping restrictions on travel from the continent, a decision that angered European leaders and frightened investors.

Trump also suggested that the 2020 Olympics in Tokyo could be delayed by a year.

“Maybe they postpone it for a year … if that’s possible,” Trump told reporters. “I like that better than I like having empty stadiums all over the place.”

Tokyo 2020 organizers insisted they were moving ahead with preparations to hold “safe and secure” Games on schedule, starting in July.

Japan’s government and the central bank shared a “strong sense of concern” over the economic fallout from the coronavirus, its economy minister said, suggesting major fiscal and monetary stimulus measures could be in the works.

The U.S. Federal Reserve on Thursday offered a hefty $1.5 trillion in short-term loans to stimulate the economy and stabilize the financial system.

Australia’s central bank followed suit, pumping an usually large amount of cash into the system on Friday as panic selling across global markets threatened to drain liquidity and push up borrowing costs.

U.S. lawmakers and the White House neared agreement on a coronavirus economic aid package, with House Speaker Nancy Pelosi saying she hoped to announce a deal on Friday.

Weary and confused travelers in Europe rushed to airports to board the last flights back to the United States before Trump’s travel restriction took effect.

“It caused a mass panic,” said 20-year-old Anna Grace, a U.S. student at Suffolk University on her first trip to Europe, who rushed to Madrid’s Barajas airport at 5 a.m. to get home.

The outbreak has disrupted industry, travel, entertainment and sports worldwide, and prompted airlines to appeal for urgent aid from their governments.

European leaders warned things would get worse before they get better.

French President Emmanuel Macron said in a television address the country was facing its worst public health crisis in a century and announced measures including the closure of all schools, creches and universities from Monday.

In Italy, where the death toll passed 1,000 in Europe’s deadliest outbreak, the government imposed a blanket closure of restaurants, bars and almost all shops except food stores and pharmacies.

Several Latin American countries stepped up measures to slow the spread of the coronavirus, halting flights to and from Europe, banning public gatherings and closing schools.

Health authorities in the southern Vietnamese city of Ho Chi Minh want to stop a Bahamas-flagged cruise ship with Italians on board from docking due to coronavirus fears.

Small island states in the Pacific, ill-equipped to deal with any outbreak, imposed strict lock-down measures including denying access to supply vessels and prohibiting human-to-human contact during aircraft refueling.

But the virus progress in the epicenter of China’s Hubei province has slowed markedly amid strict curbs on movement, including the lockdown of provincial capital Wuhan.

Hubei reported 15 new cases on Thursday, while the rest of China had just four new cases, according to a Reuters summary.

In South Korea, the country with the biggest outbreak in Asia outside China, the number of people recovering from the virus outpaced new infections for the first time.

An editorial in the official China Daily on Friday intensified a war of words with the United States, blasting “China-bashers” and saying they would “continue to fling dirt at China” despite what it called the country’s effective pandemic-control efforts.

The editorial follows comments from a spokesman for China’s Foreign Ministry, who tweeted on Thursday that the United States lacked transparency and suggested that the U.S. military might have brought the coronavirus to Wuhan.