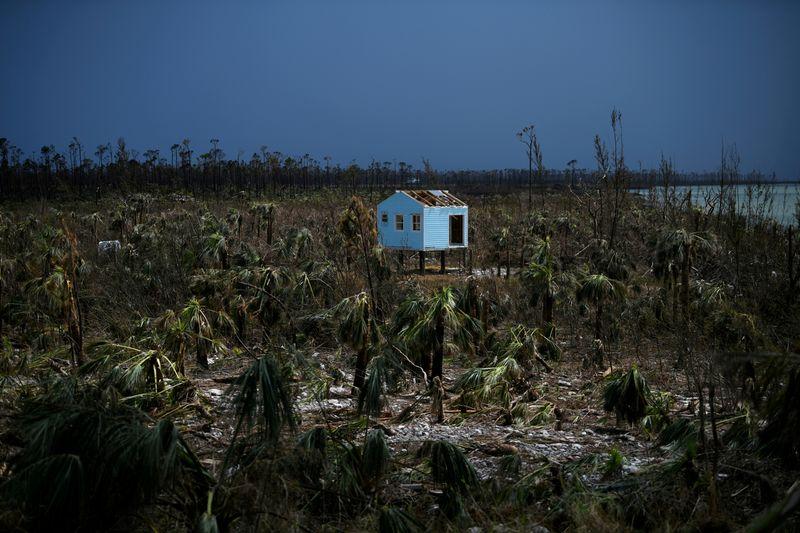 CHICAGO (Reuters) – From a brutal polar vortex that froze much of the Midwest and East Coast in January to Hurricane Dorian that killed dozens in the Bahamas in September, Mother Nature dealt Americans a wild and deadly weather year in 2019.

Weather events that made headlines this year included:

The year got off to a roaring start with a polar vortex that paralyzed the U.S. Midwest and the East Coast for several days at the end of January, putting tens of millions of Americans in a deep freeze. Arctic-like temperatures as low as minus 56 degrees F (-49 C) were blamed for at least 21 cold-related deaths, including nine in Chicago. The record-breaking cold snap shut schools and businesses, grounded hundreds of flights and filled emergency rooms with frostbite victims.

A quick-melting snow from a March “bomb cyclone” storm left wide swaths of nine states flooded in the U.S. Plains and Midwest. At least four deaths and hundreds of millions of dollars in damage to homes and businesses were blamed on the historic flooding. Some of the region’s larger rivers filled to record high levels, causing levees to break. Several small towns and communities were cut off by the high waters while others were short of fresh drinking water. The flooding also destroyed billions of dollars of crops that were in storage and damaged roads and railways.

22 DEAD IN JULY HEAT WAVEAt least 22 people died during a massive heat wave that baked the U.S. Midwest, South and East Coast during the third week of July. Millions of residents in major U.S. cities including Chicago and New York were urged to stay indoors as temperatures reached over 100 degrees F (37.8 C). To make matters worse, parts of Manhattan lost power, darkening Broadway theaters, halting subways and closing restaurants and shops in a blackout blamed on a faulty piece of equipment. In downtown Madison, Wisconsin, thousands of homes and businesses lost power after fires erupted at two substations near the state capitol during the hot weather.

At least 70 people lost their lives, with more than 250 still missing, when Hurricane Dorian, a Category 5 storm, slammed the Bahamas with 200-mile-per-hour (320-kph) winds during the first week of September. It was one of the strongest Caribbean hurricanes on record and stands as the worst disaster in the history of the archipelago nation of 400,000 people. The storm reduced thousands of homes and businesses to rubble and displaced tens of thousands of Bahamians before heading north and making landfall in the Carolinas as a Category 1 hurricane. Once in the United States, Dorian flooded coastal towns, whipped up tornadoes and cut power to hundreds of thousands of people.

This year’s wildfire season in California was relatively tame compared to the epic spate of conflagrations in 2017 and 2018 that ranks as the deadliest and most destructive in state history. California, however, was not completely spared. The state’s biggest fire in 2019 was the Kincade fire, a wind-driven blaze that scorched 120 square miles (310 sq km) of Sonoma County wine country, where it damaged or destroyed hundreds of structures and forced thousands to evacuate. In all, just three fatalities were recorded in 2019, compared to nearly 150 lives lost during the previous two years.

Reporting by Brendan O’Brien in Chicago; Editing by Scott Malone and Sandra Maler