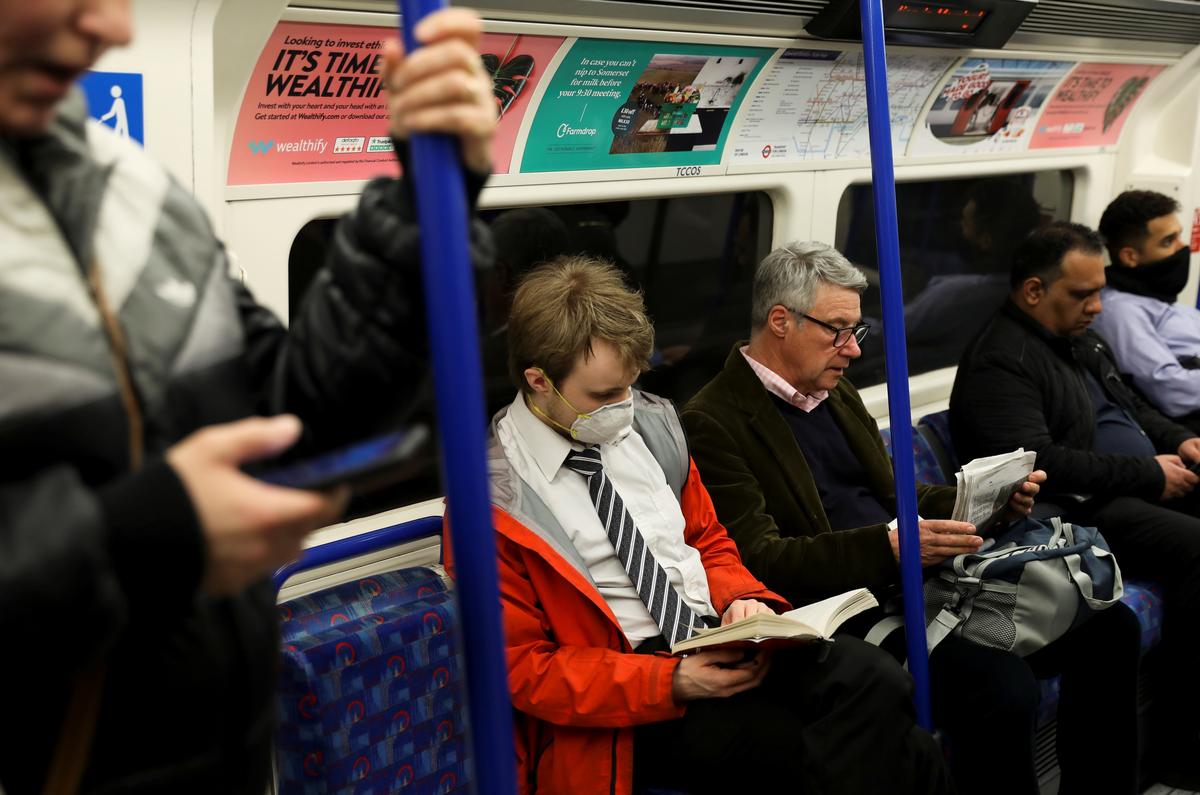 A man wearing a protective mask travels on a tube in London, Britain, March 11, 2020. REUTERS/Marika Kochiashvili

LONDON (Reuters) – British Prime Minister Boris Johnson will chair an emergency meeting on Thursday at which he is expected to approve moving to the “delay phase” of the coronavirus response that includes more stringent measures to counter the outbreak.

U.S. President Donald Trump imposed sweeping restrictions on travel from Europe on Thursday after Britain and Italy unveiled tens of billions of dollars in stimulus in an attempt to stave off a recession.

Johnson will chair a meeting of Britain’s emergency committee – known as COBR – on Thursday at around 1315 GMT and is expected to decide to move to the so called “delay phase” from the “contain phase”, a spokesman said.

The British plan for dealing with the outbreak has three main phases – containment, delay and mitigation.

In the delay phase, so called social distancing measures such as school closures, more home working and reducing large scale gathering will be considered, though will not necessarily be approved immediately.

Prepare to study in Canada
Study permit: Who can apply
Prince Edward Island Issues 188 Canada Immigration Invitations In Two New Draws
Options for H1-B Workers Affected by a Layoff
U.S. Tech Workers: Here Is How You Can Immigrate To And Find Jobs In Canada
Canada Targets US H1-B Technology Professionals
Quebeckers Say They Want More Immigration, Despite Provincial Government Saying No