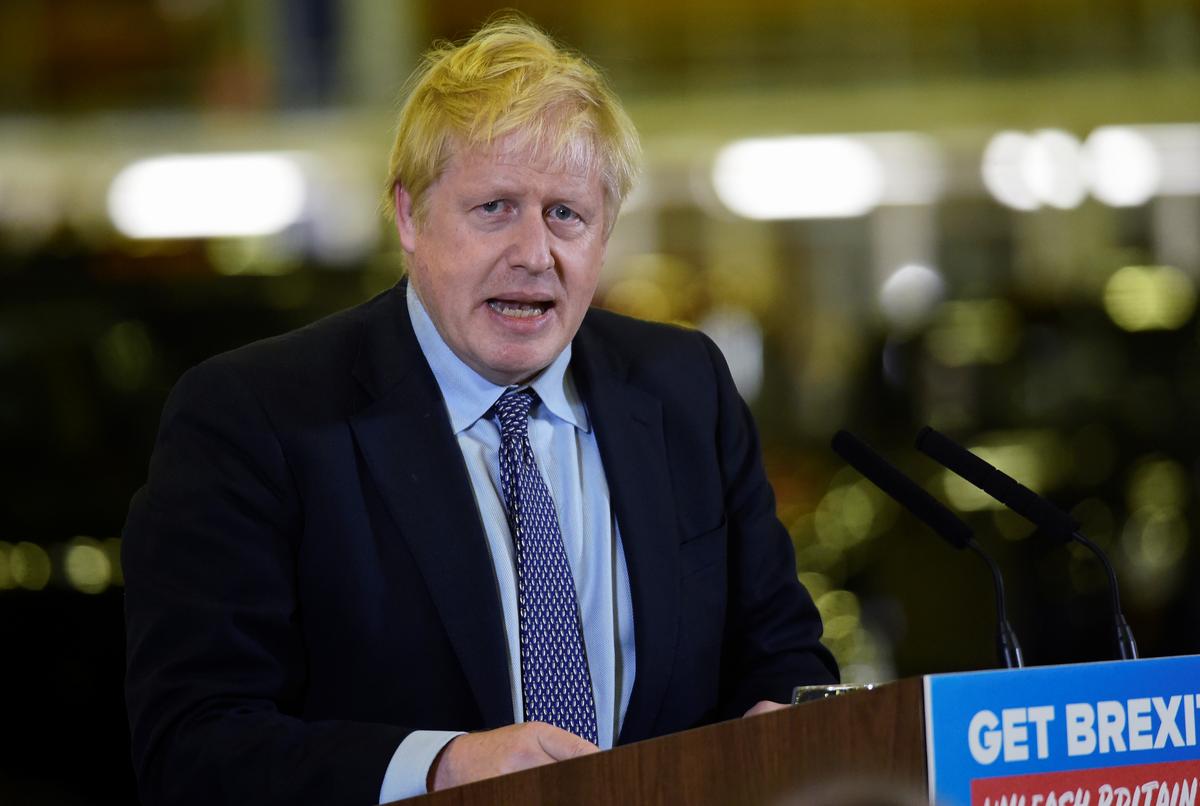 LONDON (Reuters) – Britain’s Conservatives will deliver Brexit and end the uncertainty and confusion that has “paralysed” the economy if they are re-elected next month, Prime Minister Boris Johnson will tell business leaders on Monday.

The Dec. 12 election was called in a bid to end three years of disagreement over Britain’s 2016 vote to leave the European Union that has sapped investors’ faith in the stability of the world’s fifth largest economy and damaged Britain’s standing.

Speaking at the CBI’s annual conference, Johnson will say that while big businesses made clear they were not in favour of Brexit in 2016, they were also now clear they wanted certainty. The date of Britain’s exit has been delayed three times.

“Britain stuck in gridlock and our economy stuck in first gear. Extension to extension. Marching business up to the top of the hill, only to march them down again,” he will say, according to advance extracts.

Johnson hopes to win a majority to push through the last-minute Brexit deal he struck with the EU last month, while opposition Labour Party leader Jeremy Corbyn has promised to renegotiate the exit agreement and then hold another referendum.

“With a Conservative majority government you can be sure we will Get Brexit Done and leave with the new deal that is already agreed – ending the uncertainty and confusion that has paralysed our economy,” Johnson will say.

The Conservative Party has made several pledges to business ahead of the election, including cutting tax on business properties, reducing an employment tax, boosting tax relief on construction and cutting tax on research and development.

Making his pitch to business at the same conference, Labour’s Corbyn will set out his party’s plans to creat​e a climate apprenticeship programme to boost the number of specialists in areas such as renewable energy and transport, sustainable construction, low carbon industries, and sustainable agriculture and forestry.