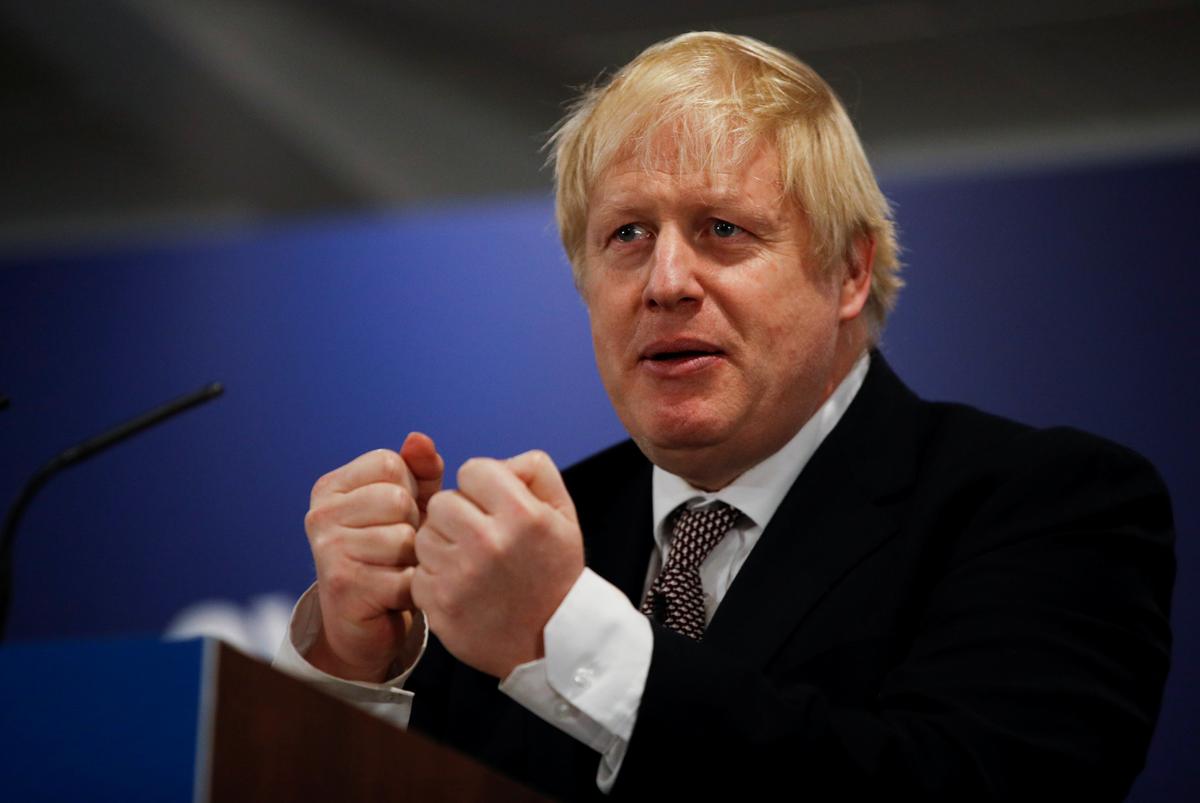 LONDON (Reuters) – British Prime Minister Boris Johnson is on course to win a majority of 68 in parliament at the Dec. 12 election, according to a model from pollsters YouGov that accurately predicted the 2017 election.

Johnson has pledged to deliver Brexit by Jan. 31 if he wins the election after nearly four years of political crisis that has shocked allies of what was once considered one of the pillars of Western economic and political stability.

His Conservative Party could win 359 seats out of 650, up from 317 in the 2017 general election and the best result for the party since Margaret Thatcher’s 1987 victory, according to the YouGov model, called Multilevel Regression and Post-stratification – or ‘MRP’ for short.

“Our first MRP model projection for the 2019 election suggests that this time round the Conservatives are set for a majority,” said Anthony Wells, director of political and social research at YouGov.

“The swing to the Conservative party is bigger in areas that voted to Leave in 2016, with the bulk of the projected Tory gains coming in the North and the urban West Midlands, as well as former mining seats in the East Midlands.”

The Labour Party is on track to secure 211 seats, down from 262, according to the model. The SNP were on 43, the Lib Dems on 13 and the Brexit Party winning no seats.

Sterling, which rose earlier when rumours of the poll circulated, shot up when the poll was published, rising half a cent in minutes to hit a day’s high of $1.2948.

For a graphic on British general election, click here

The YouGov model crunches data from more than 100,000 interviews over seven days along with demographics, specific constituency circumstances and national statistics to come up with a projection.

It shows the election is now Johnson’s to lose.

According to the model, Johnson’s Conservatives would gain 47 seats – 44 of them from Labour, two from the Liberal Democrats and one from the Speaker’s old seat. Labour are on course to not take any new seats.

“Most seats changing hands are ones that Labour won in 2017 that are now set to be taken by the Conservatives,” YouGov said. “What happens in these constituencies is the most important dynamic in deciding whether Boris Johnson has a majority, and how large it ends up being.”

The Brexit Party are hurting the Conservatives more than Labour, according to the model. Independents are finding it difficult to pick up seats. The model does not point to Foreign Secretary Dominic Raab or Johnson being in danger of losing their seats.

The margins of error in the model put the Conservatives seat projection between 328 and 385, YouGov said, adding that there was still more than sufficient time for people to change their minds before Dec. 12 – the first Christmas election in nearly a century.

In late May 2017, just over a week before the June 8 election, YouGov using the model to project that then Prime Minister Theresa May would lose her majority.

The model, developed by Ben Lauderdale of the London School of Economics and Doug Rivers of Stanford University, was accurate: May did lose her majority, a failure that complicated Brexit and eventually destroyed her premiership.