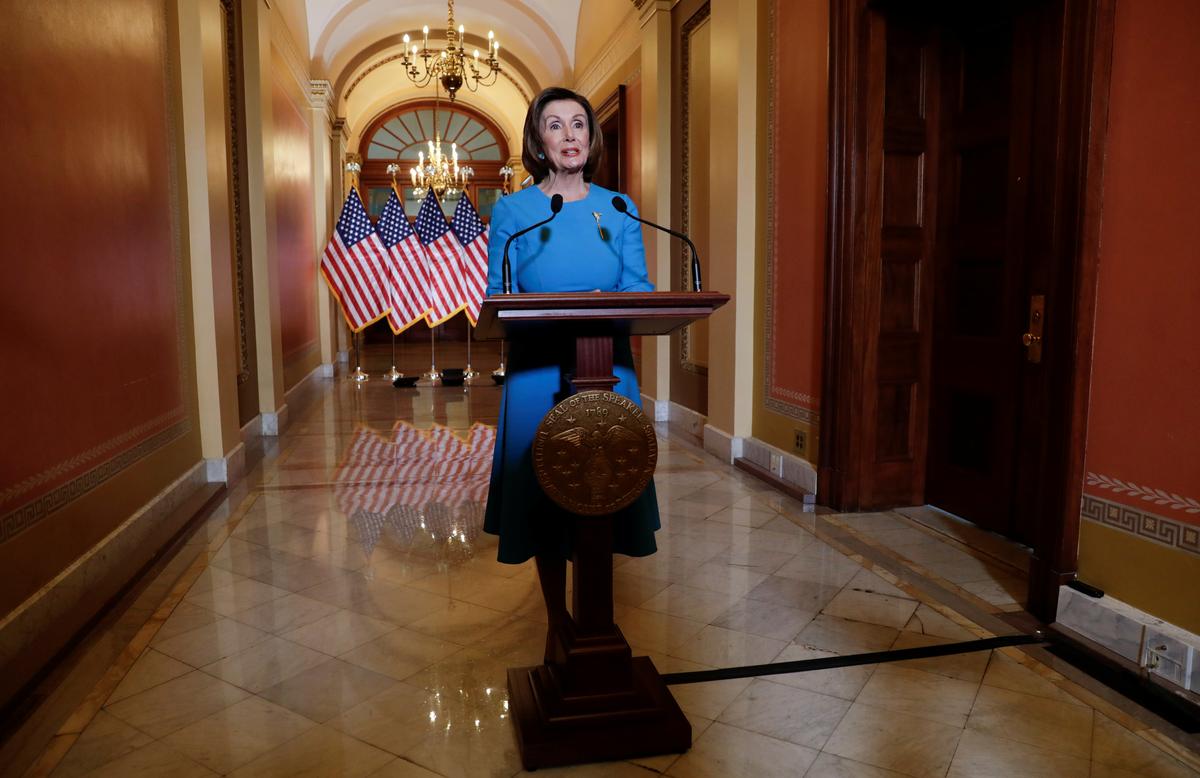 WASHINGTON (Reuters) – Democrats in the House of Representatives have reached a deal with President Donald Trump’s administration on a coronavirus aid package and will soon pass it, House Speaker Nancy Pelosi said on Friday.

“We are proud to have reached an agreement with the administration to resolve outstanding challenges, and now will soon pass” the bill, Pelosi said in a statement.

Pelosi and Treasury Secretary Steven Mnuchin have been negotiating since Thursday on a multi-billion dollar package that aims to limit the economic fallout from the pandemic, which has infected 138,000 people worldwide, killed more than 5,000 and shuttered schools, sports arenas, theaters and offices.

The bill would provide for free coronavirus testing and two weeks of paid sick and family leave for those affected by the virus, Pelosi said earlier in the day. It also would expand safety-net programs that help people weather economic downturns.

Trump’s fellow Republicans in Congress have waited to hear from Trump before weighing in on the measure. Pelosi does not need their support to pass legislation out of the House. But it would probably not get far in the Republican-controlled Senate without bipartisan support.